When Blogging, Act Like a Photographer to Add Value for Your Reader 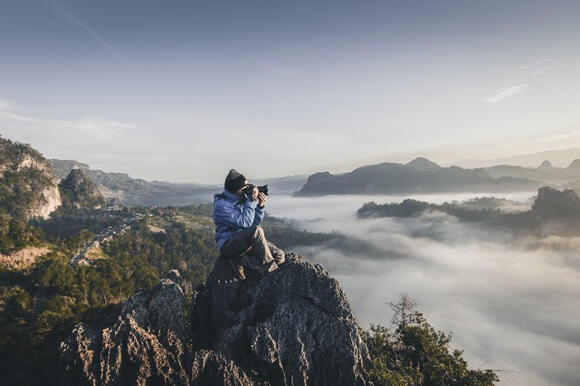 If you want to write what readers really want to read, you need to adopt the mentality of a random stranger on the street. Let me explain…

What’s the first thing you look at after a stranger takes a photo of you and your friends? If you’re anything like me, you look at yourself first. Then you check out the rest of the group. There’s no shame in it. Everyone loves to see pictures of themselves.

After the photo is taken, I usually ask my friend to share it with the group so we can look back on it in the future. The photo will inevitably be shared on Instagram, or Facebook, or somewhere out on the internet.

To write better, be the random stranger on the street

Whether he knew it or not, the random stranger added a ridiculous amount of value without asking anything in return. He created a memory we won’t forget. One that we’ll cherish and look back on for years. And one that was most likely shared a lot on social media. The random stranger is the unsung hero you need to be when you write.

Photographers, above all else, focus on adding value. They take pictures for other people’s pleasure, not their own. If you want to write stuff that more people want to read, you need to adopt the mentality of the random stranger on the street.

People want to look at stuff that they care about. Stuff that adds value to their lives — whether it's photos of themselves or stories that they can squeeze some wisdom out of. The photographer is the unsung hero you need to be. They don’t get many thanks, but everyone shares and cherishes the memory that was captured.

Great writers do this really well

Great writers are a lot like the selfless stranger taking a picture for you and your friends. Great writers add value without asking for anything in return.

Great writers write for the reader, not themselves. They don’t take selfies, they take group shots. They don’t ask for money, they do it because it’s the right thing to do.

If you want to be a great writer, be that random stranger on the street. Take pictures for other people without asking anything in return. Add value without any expectation. Give, give, give — and the reward will come.

If you want to be a great writer, write as if you were a random stranger on the street. Give without expectation. Write without hesitation. And write for your reader, not to them. In the words of Gary Vee:

“You need to spend all of your time and energy on creating something that actually brings value to the people you’re asking for money!” — Gary Vaynerchuk