Photo by Abigail Keenan on Unsplash 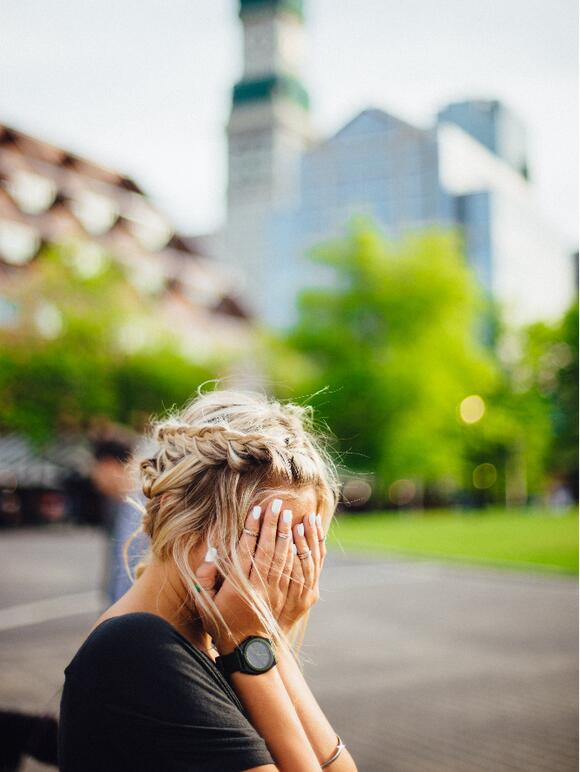 My legs are heavy, my vision is blurring, and the cramps are so intense that each muscle fiber in my calf is bulging.

The pain is excruciating and I’m quickly running out of gas. My body is shutting down and it’s clear that it can’t handle much more.

With less than a mile left in the Pittsburgh Marathon, I’m ready to quit. And every fiber of my being is begging me to do it.

“You want me to get help?”, a Policeman asked as I abruptly pulled off to the side of the road, grimacing in pain. I could barely hear him between the screaming and shouting of the fans on the street.

In a whirlwind of pain and testosterone, I responded with one thing on my mind…

“F*ck that, I’m finishing this race.”

I admit, my response was callous, rude, and probably not the best thing to say to someone who’s trying to help you.

But I was in pain and the only thing on my mind was finishing the race. Niceties and politeness were not a priority for me at the time.

Nonetheless, that’s exactly what I did.

Whether it was keeping my word to the officer or family and friends waiting for me at the finish line, I somehow found the resolve to push through the pain and start running again.

After turning down the offer for assistance, I slowly started limping towards the finish line. Each step was labored, painful, and extremely slow. But I was making progress nonetheless, which was all I cared about.

Eventually, that limp turned into a jog, and then the jog became a run. After a painstakingly slow mile, I crossed the finish line feeling re-energized and was sprinting as the announcer called my name over the loudspeaker.

So what happened? How did I go from barely able to walk to sprinting across the finish line? How did I keep pushing forward despite my body urging me to do the exact opposite?

When I pulled off to the side of the road, I was singularly focused on making the pain stop. Anything that wouldn’t help me achieve this was not a priority.

I didn’t have the mental bandwidth to think about anything other than how to make the pain go away — not taking another step or even how to politely respond to the officer who was lending a helping hand.

In order to get back into the race, I somehow needed to forget the pain I was in and focus instead on putting one foot in front of the other.

I needed to forget about all the agony and fatigue I was feeling and lock away the voice in my head telling me to quit.

I just needed to focus on putting one foot in front of the other.

With every fiber of my being begging me to quit, I somehow found the strength to to perserve through the pain. I temporarily stored the pain in the back of my brain and then finished the race.

Finding the resolve to silence the voice in my head and keep moving forward — this is what persistence is all about.

While incredibly admirable and even more useful, I don’t always find myself with the perseverance that I did that day.

The interesting thing about perseverance is that those that can and those that can’t aren’t that different. Both feel the pain and discomfort — one group just knows where to temporarily store it to keep pushing forward.

“Everyone who runs the Boston Marathon is tired. The question is where do you put the tired. If you want to run a marathon you have to be prepared to put the tired somewhere.”
-Seth Godin

The same is true with most things in life.

Nearly everyone gets tired when they’re running a marathon. Or fearful when they take a big leap in life.

The ones who succeed aren’t any different, they too feel pain, fatigue, and fear. However…

Perseverant people find a place to store the pain and fear so that they can focus on moving forward rather than on something they can’t control.

It’s going to be there whether we like it or not.

But the real success comes when you can find a place to store it temporarily so you can free yourself to completely focus on the task at hand.