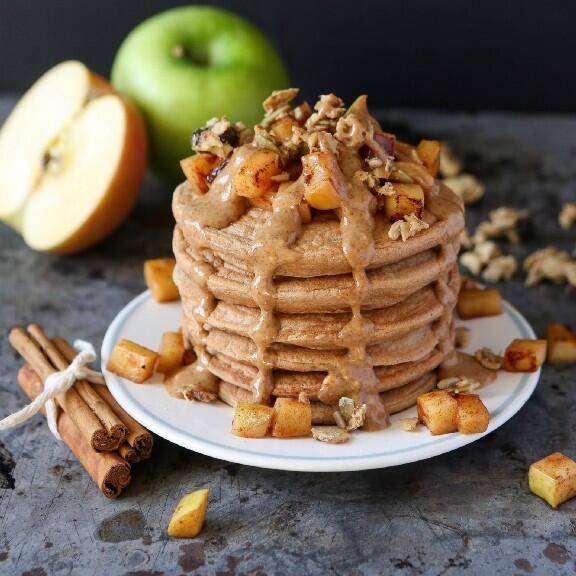 Photo by Caitlin Greene on Unsplash

I recently wrote an article about a simple, healthy pancake recipe that only requires three ingredients.

The recipe got a great response from readers so I decided to iterate and make a healthy version of apple-cinnamon pancakes using the same recipe. WOW, were they delicious! The recipe is still quick and simple, but with one additional ingredient (apples) I was able to up the flavor a TON! Here’s how to make them…

Actual photo of pancakes made using this recipe.

*If you don’t have a blender you can mash the banana with a fork and then manually mix in the remaining ingredients.*

I really love this recipe. It’s quick, easy, and a great healthy alternative to the traditional pancake recipe. And most importantly, I’m not remorseful after eating a whole stack myself!