The Case for S-Corp Election for Digital Entrepreneurs 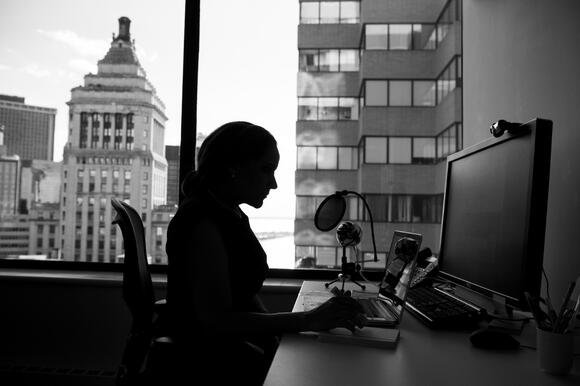 Photo by Christina @ wocintechchat.com on Unsplash

You have courses to conduct, content to create, and clients to consult, the last thing on your mind as a Digital Entrepreneur is your tax burden.

When I left my full-time job in 2017 to venture out into the world of digital entrepreneurship, I was — how do I say this gently? — naive. I had a vague idea of how to make money but what I was supposed to do after I earned it, I had no idea.

My friend Alex suggested I file for an S-Corp election.

“An escort election?” I asked, cleaning the wax out of my ear.

“No, S-Corp election. It’ll save you a lot in taxes over the years,” he said.

Four years later, Alex is not only still my friend but also my trusty bookkeeper and accountant. After a bout of curiosity, I called up Alex to chat about S-Corps because, let’s face it, we’re all too busy chasing that next buck that we often ignore the underpinnings of our own businesses.

Not Alex, his business is the underpinnings. While you’re off looking for the next buck, he’s already planning on ways for you to (legally) keep as much in your pocket as possible.

I wanted to learn more and Alex was gracious enough to spare some time. What follows is a summary of our conversation, but more importantly, a case for Digital Entrepreneurs to consider filing for the S-Corp election.

To understand the workings of an S-Corp, we must first dive into the foundation of most small businesses: the LLC.

An LLC is a limited liability company. In simple layman’s terms, it provides legal protection in case, god forbid, something happens and your business gets sued.

In more technical terms, an LLC is “is a business structure that can combine the pass-through taxation of a partnership or sole proprietorship with the limited liability of a corporation,” according to the ever-trusty Wikipedia.

Now, how does this affect taxes? Well, if you’ve ever worked a traditional job where you received a W2, you’ll notice that each paycheck has some Social Security and Medicare taxes taken out. As it turns out, this represents only half of the total that needs to be paid to the U.S. Government. The other half is paid by your employer who can also use it as an expense to the business (lowering their taxable profit, win-win).

But when you are an LLC, the IRS still treats you as if you were any other entity. “For whatever reason,” Alex continued, “[the IRS] says that your tax classification is the same as if you didn’t have the LLC at all. The IRS doesn’t care if you’re an LLC or anything, they just care about tax.”

Can you guess who owes the full amount of Social Security and Medicare tax? That’s right, you. And don’t forget, that’s on top of your regular Federal and State taxes. It adds up quickly.

While being an LLC keeps you safe in court, the IRS still sees you as any other person making a few bucks — Uncle Sam wants his full cut — which means the burden is no longer shared but placed solely on you.

This is where the S-Corp election comes into play.

Leveling Up: Electing for an S-Corp

When Alex suggested I elect to become an S-Corp four years ago, my palms began to sweat. I imagined piles of paperwork, tedious minutes, and official letterhead stationery. It’s sounded…corporate.

As it turns out, an S-Corp is nothing more than a piece of paper. But an important piece of paper, mind you. Let’s look at some math — some extremely simple math — to find out why.

Let’s say your business brings in $100,000 after expenses. If you were an LLC, all of this profit would be passed on to you, which means you’d be responsible for the entire 15.3% cut for Social Security and Medicare. $15,300 total.

Instead of paying $15,300 in Social Security and Medicare taxes, you and the business only pay an amount dependent on how much salary you take. (No, you can’t take a $1 salary to avoid paying any tax. It’s up to you and your accountant to find the “sweet spot,” generally around 30–50% of your profits.)

With an S-Corp you can also find other ways to bring down your profit, for example, by setting up a Self-Employed IRA or HSA accounts. Again, these are all legal means, there’s no number fudging going on here.

In other words, you have more options than an LLC to legally save on taxes over the years.

What to do now

There are also some rare instances where you can backdate your election up to 3 years and 75 days, but that means you have to restate everything and redo the past three years’ worth of taxes. In most cases, it’s not worth the hassle.

I’ve made some generalizations and assumptions in this article. Whether the S-Corp election is right for you and your business is a conversation you’ll want to have with an accredited accountant who can look at all the factors of your business and help you make an informed decision.