How to Make ‘Quitting’ Your Next Superpower 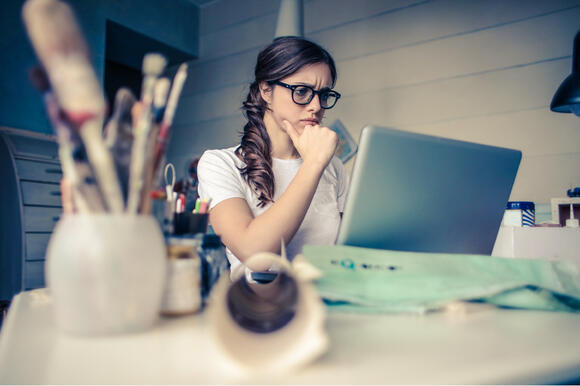 Photo by bruce mars from Pexels

I don’t like quitting. It makes me feel weak.

But there are times when quitting becomes a skill, a necessary tool for survival.

An unhealthy relationship is bad and will remain bad unless you break up.

A demeaning job is miserable and will remain miserable unless you leave.

As I’ve gotten older, I’ve seen how pride and ego of pushing through prevents us from doing worthwhile things.

Quitting is as much a healthy practice as commitment.

If you learn when and why it is time to quit, you’ll gain an advantage over those who are too afraid to quit.

The Three Lessons to Quitting

During senior year of high school, my grandma passed away. I attended her funeral four days before graduation.

989 consecutive days of perfect attendance snapped — even as a teenager I obsessed over the trivial.

There were days when my perfect attendance streak was more important than staying home and resting from an illness. I didn’t want to quit. I had to keep going.

Every difficult situation needs to be assessed by weighing the costs of sticking it out, versus the benefits of quitting.

So how do we know we are making the best decision to quit?

Here are a few lessons you need to learn first.

Lesson 1: Know the difference between sunk costs and opportunity costs

Most people are afraid of quitting because they worry about giving up on all the time, money, and effort they’ve already committed.

This is called sunk cost fallacy.

About two years ago I set off on an ambitious project: I wanted to record, edit, and publish a vlog on YouTube every day for 365 straight days.

I woke up on day 280 and told myself I couldn’t do it anymore.

Those 280 days spent on the project were a gift. There was nothing I could do to change my past decision. I could, however, look forward and decide how I wanted to spend the next 85 days.

Those 85 days were my opportunity cost.

Similar to my attendance streak in high school, what would I gain in the end if I hit my goal? Bragging rights?

Instead I quit and spent the next 85 days in a much more meaningful and valuable way than if I trudged through and hit my goal of 365 days.

Lesson 2: You have more control over your future than you think

I have a good friend who’s built a 6-figure business from scratch.

He works when he wants and where he wants.

In my eyes, he’s the epitome of self-employed success.

But he feels stuck.

He hates all of it.

If he didn’t have a wife and a kid and a mortgage and other life responsibilities, he’d give up his work and do something else.

Sometimes we fear the unknown of quitting more than quitting itself.

When we can’t see what’s on the other side, we imagine worst-case scenarios, like children who fear their closet hides a monster.

There aren’t monsters in the real world. There is only tomorrow.

For some people, that’s scary enough.

Quitting a bad job or a bad relationship isn’t easy, those first few days or weeks will throw you into a funk.

But you’ll claw your way out. Your reality will normalize and you’ll look back and wonder, “How did I ever live like that before?”

Life moves on after quitting.

The third reason people are afraid to quit: they worry too much about what others will think.

The narrative which plays in your head about your importance to the world is just that, a narrative.

Everyone has the same narrative.

The trick to quitting is realizing everyone else is too busy worrying about their narratives to think about yours. In the grand scheme of things, your decision to quit will make little difference.

In a way, that feels freeing.

If you think you have an image to uphold, you don’t.

On the off chance someone calls you out for quitting, so what? Who in their right mind should tell another adult how they should live their life?

If quitting your current situation does disappoint a few people you care about, prove to them your decision was made for the right reasons.

Your responsibility is to yourself and your well-being first.

Is quitting always the solution?

Quitting on your spouse because they are dying of cancer is cowardly.

Quitting your job because you don’t feel like showing up is immature.

Quitting on plans with friends because you’d rather binge on Netflix is a dick move.

There are times in life where we must persevere — where self-preservation isn’t the answer, but rather, selfless giving of our time or energy to others who need it.

But if you are ever in a situation where you feel trapped, start asking yourself some questions:

Talk with friends. Talk with your family. Be honest about your intentions.

Quitting is a relief.

And it’s one we deny ourselves too often.