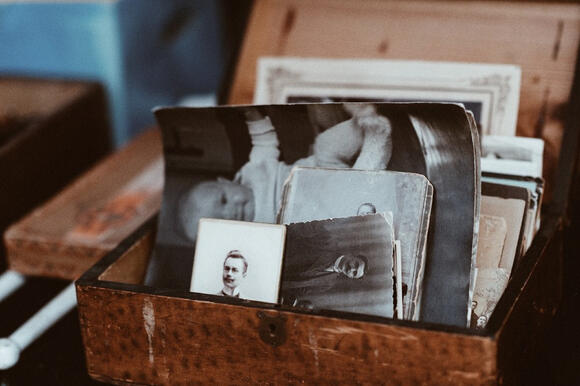 Photo by Roman Kraft on Unsplash

July 5, 1776 began just like any other normal day, except that it wasn’t. For the first time in history, Americans woke up as Americans.

Granted, only a few realized their newfound freedom at the time.

Nobody talks about July 5, 1776 as an important date in American history because it wasn’t.

Its 24-hour predecessor — the one when a bunch of old white men signed a document in a stuffy room — that’s the one we celebrate year after year with bonfires, barbeques, and cheap beer.

July 4, 1776 was a step forward, but it certainly doesn’t deserve all of the credit. We still needed to beat the British, agree to a constitution, fight for civil rights and generally get along with each other among other things.

We celebrate July 4th as the day we earned our independence, but forget the days that followed which kept us free.

December 18, 1903 — another day shafted by its yesterday when two brothers from Ohio proved man could conquer the sky.

“Conquer” and “sky” both being a stretch when you consider the first flight flew 120 feet in 12 seconds over the sands of Kitty Hawk, North Carolina.

No, it was the quiet efforts the brothers put in at Huffman Prairie during 1904 and 1905 that gave birth to flight.

But nobody talks about those years. We only like to remember the milestones, the feats, the victories.

We wouldn’t celebrate July 4, 1776 if it weren’t for the sacrifice that followed.

We wouldn’t remember December 17, 1903 if it weren’t for the pursuit of perfection.

We remember those dates because complacency wasn’t an option.

What will the rest of the book be about?

About 80 pages into the 270-page book McCullough tells the story of the brothers’ first flight. When I reached this point in the book I thought:

“Wait, what will the rest of the book be about?”

I presumed, like most people, that a book about the Wright brothers would build up and climax around what they are known for: being the first humans to fly.

But that wasn’t the case. On page 80, the Wright brothers flew. On page 81, they packed up and headed home.

The remaining pages are dedicated to the brothers honing their craft, proving the doubters wrong, and living out the rest of their life as pioneers to the sky.

December 17, 1903 wouldn’t be the historical moment it's known as today if it weren’t for those remaining 190 pages.

I sometimes wonder if the same applies to our lives.

While not at the same level of significance as the Wright brothers, we all experience small wins from time to time.

We taste a bit of success, we get that promotion, we meet someone amazing. Our brains swell with dopamine and suddenly the world feels smaller, conquerable.

We settle. We grow complacent. We watch as things fall apart. And before long, we’re left scratching our heads wondering, How did I squander this?

While I’m all for acknowledging the small wins along the way, asking ourselves What what will the rest of the book be about? shifts our focus on the end goal.

I remember making my first online sale. It was the first time I earned money on my own outside of my traditional 9-to-5.

I thought I was the sh*t. My ego tore at the seams. My smugness plastered all over my face.

Unfortunately, unlike a real entrepreneur, I rested on my small win instead of growing and servicing my budding business.

I closed up shop within a year.

I learned a very important lesson after that: You have to put in the work to stay on top.

You don’t have a business if you keep talking about your first sale.

You don’t have a marriage if you keep looking at wedding photos.

You don’t have a promotion if you keep ignoring your new responsibilities.

What matters is what the rest of the book will say.

If it’s any consolation, nobody will care about 99% of your life.

Ron Chernow’s biography of Alexander Hamilton is 700 pages. It’s a hefty read but it pales in comparison Hamilton’s own 22,000 pages of handwritten thoughts. Even with a life cut short by a duel, a 700-page book equates to one page covering 26 days of Hamilton’s life.

Imagine someone writing only one page about an entire month of your life.

If American Independence, the Wright brothers, and Alexander Hamilton have taught us anything, it’s that people prefer to remember the trail markers of history, not the trail.

If you’re lucky, you’ll receive a few sentences in the newspaper for your obituary. People will say a few nice things but they won’t really remember.

It’s sad, but everyone has their own lives to live. How can you blame them?

Therefore it’s your job to make sure the things you want people to remember are worth remembering.

If you are a writer, keep writing.

If you’re an entrepreneur, keep innovating.

Never settle. Never grow complacent. Acknowledge the wins, but focus on the rest of your book.