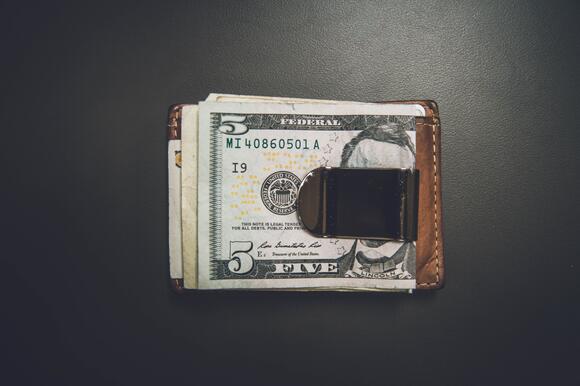 Dave Ramsey is everything I despise in a guru.

He’s a know it all. He has a “proven system.” He preaches a health, wealth, and prosper interpretation of Christianity.

He’s a rich, old, white dude telling you how to handle your money. And yet…he has a point.

Show me what you got, Dave

I’ve never listened to Ramsey’s radio show. I’ve never read any of his books. The most I knew about him was that he was rich and could teach you to do the same.

These were my exact thoughts as I browsed my library’s digital catalog of books and stumbled across Ramsey’s The Total Money Makeover.

It was late at night and similar to mindlessly browsing Netflix I thought, what the heck. I borrowed the Kindle version and reluctantly started to read.

For context, my wife and owe more student loans than most houses are worth. We began 2020 with $26,000 in credit card and personal loan debt. And, we have hardly any savings. So you can understand the skeptical side of me who doubted Dave Ramsey could help improve our situation.

“We buy things we don’t need with money we don’t have in order to impress people we don’t like,” Ramsey said at the beginning of his book. Good point, Dave. Good point.

“Energy, thrift, and diligence are how wealth is built, not dumb luck.” Alright, I see where you’re getting at.

“Remember, there is one thing the debit card won’t do: get you into debt.” Can’t argue with that.

I kept reading. I couldn’t stop. Ramsey continued to drop gem after gem of financial advice. I devoured the book in two days. By the end of the weekend, my wife and I had a whole new financial outlook.

I hate to say it, but I’m a believer.

What is a Total Money Makeover?

Ramsey’s method is divided into what he calls “baby steps.”

The baby steps are self-explanatory. However, the genius is hidden in the order you are supposed to follow them.

Most people, myself included, think that saving up money is more of a priority than paying off debt. But what’s the point of having $5,000 sitting in a savings account earning 2% when you have $5,000 in credit card debt and it’s costing you 24%?

What did I do after reading Ramsey’s book? I became a debt hunting mad man.

I cut down our savings. I paid off two old medical bills and both of our cell phones freeing up $96 a month in payments. I budgeted everything to the penny and poured every extra dollar into our debt “snowball.”

Gazelle-like intensity Ramsey calls it. However, it wouldn’t be possible without one important skill that’s often overlooked.

My “Coming to Budget” Moment

The debt snowball I outlined above isn’t hypothetical. I know we can pay it off because of one skill I’ve focused on this year: budgeting.

Let me show you a graph to illustrate how important this skill is:

We paid off more debt, we saved up more money.

I use a tool called You Need A Budget. The premise is simple, every dollar that you earn gets a “job” — maybe it’s rent or groceries or a phone bill. Therefore, instead of looking at your bank account and thinking, “Wow, I’m flush with cash!” you know exactly how you’ll spend your money until your next paycheck.

As I read through Total Money Makeover I realized how much I was already practicing what Ramsey preached. You can’t have a TMM without budgeting every month and living within your means. It takes discipline. Or what Ramsey says:

“John Maxwell has the best quote on budgeting I have ever heard. I wish I had said it: ‘A budget is people telling their money where to go instead of wondering where it went.’”

You may be wondering, there’s no such thing as a one-size-fits-all solution to money. And that’s true, TMM doesn’t work if:

Money is only one number that defines you. However, this number represents the habits and actions of thousands of transactions that preceded it.

Self-control and determination are at the core of TMM. If you don’t have either then you’re right, TMM is not a one-size-fits-all solution.

I can’t believe I’m saying this…

I despise the words “proven system” and yet, looking at the numbers over the past year and I have to admit it, TMM works.

I can’t remember if this was one of Ramsey’s weird analogies or if I heard it someplace else, but if you ever want to cook a frog, don’t drop it into a pot of boiling hot water. They will sense the impending danger and just hop out of the pot.

Instead, put them in a bath of cool water and slowly bring it up to a boil. They’ll be dead before they realize what’s going on.

Tackling debt is the same way. The frog is the debt, slowly boil it to death.

After giving Ramsey a chance to say what he has to say, I learned that he’s not some old financial shmuck — he preaches time-tested methods of getting rich: determination, energy, and grit.

I can’t argue with that.