Neat or on the rocks, Sabin Sharpe turns even the stiffest nightcap into a smooth concoction that requires no chaser. Serving up his next round of 100-proof country roughneck revivalist tracks, “Must Be The Whiskey Talkin’” impacts all platforms on December 3.

His candor and irrefutable knack for transcribing real-life stories into song creates a relatable, honest-to-goodness country song. Add drunken texts from an ex with a high-octane fusion of southern rock and progressive country, and the result is a bonafide country track that's authentically Sabin.

“‘Must Be the Whiskey Talkin’’ is a booty call song about that ex that always hits you up when they’re drinking,” confesses Sharpe. “I wrote this song about an ex who would say she hated me when she was sober, but I knew she was drinking when I received the ‘come over’ text.”

Displaying southern strength and rowdy edges, the small-town South Carolina-native is hell-raising on stage – opening for Colt Ford, Josh Turner, Easton Corbin and more – yet possesses down-home humility that creates loyal fans. He is a one-of-a-kind talent whose music is praised by not only fans,  but industry personnel and media outlets alike.

“Sabin Sharpe is a name you should know in country music,” states Raised Rowdy. “In a crowded country music world Sabin and his brand of country really stick out.” 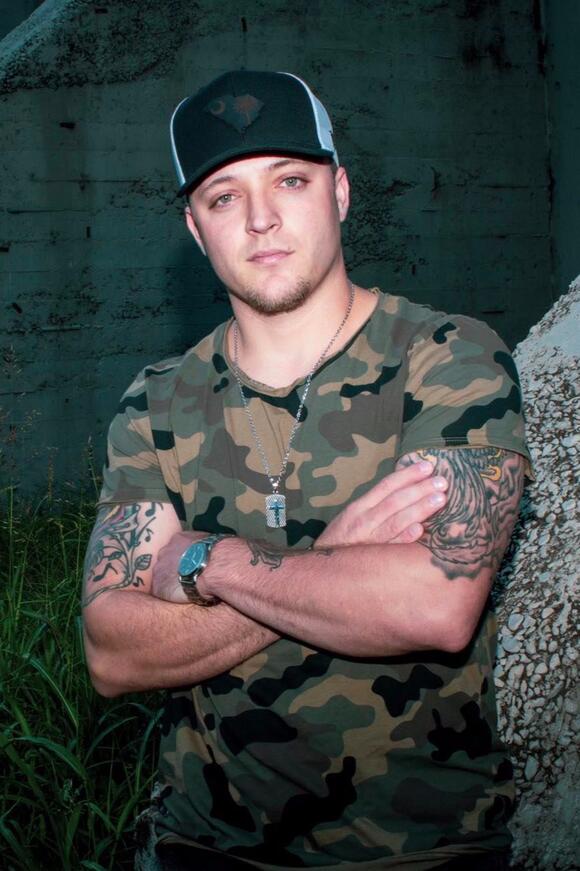 Some artists sing country, but Sabin Sharpe iscountry. Bathed in the backwoods of Swansea, South Carolina, Sabin was raised on a southern strength that can't be faked. During his time in the Army, Sabin learned to ride real like to the hilt and transform finely grained storytelling into songwriting. He leaves a signature imprint on each and every audience he addresses by mastering the lost art of authenticity in country music; he is the mirror image of his fans because he sings what he lives. While bursting at the seams with the hell-raising intensity of arena-rock, Sabin Sharpe manages to simultaneously achieve the trademark intimacy that makes country music what it is. His high-octane fusion of southern rock revival and progressive country celebrate the last of a dying breed-music that speaks for itself, without any convincing needed. For more on Sabin Sharpe and to view tour dates, visit Facebook.com/SabinSharpeMusic.

L.A. based singer/songwriter/model Kel Adore has no shortage of big dreams. She also has everything it takes to achieve them. Experience, skill, drive, talent, uniqueness— Kel Adore boasts each of these qualities in her own way, using her experience as a musician and a model to make something truly different and brutally honest.

Dealt a winning hand of musical brilliance, David Austin doubles down with a double release. Not one for following the path of his peers, the maverick is playing the game by his own rules, releasing "Let Them Boys Play" and "Good Company" – available now on all platforms.

Close to two years after he “won fans over with his story, and roped viewers in with his incredible voice and stage presence” (Hollywood Life) as Runner-Up on The Voice, Ricky Duran has finally announced the release of his highly-anticipated album Space & Time. Impacting February 1, Space & Time is a collection of songs showcasing the very qualities that won the hearts of thousands worldwide.

Buck Ford Reins in Tradition with “I Know Them Blues.”

Buck Ford Reins in Tradition with“I Know Them Blues.”. Representing traditional country with boot-stomping swagger and true storytelling, Buck Ford delivers yet another swing dance smash with his latest release, “I Know Them Blues.” Unapologetically comparing the way two things relate to one another, Ford effortlessly dwells on how well he knows the feeling of watching someone walk away. “Like Jagger and ‘The Stones’ know how to rock 'em / And your Chevy knows the way out of here / I know your lyin’ eyes / And your bad goodbyes,” Ford croons longingly.

With electrifyingly magnetism and enticing International influence, edgy-pop songstress MERLIN unveils another layer of ‘dark matter’ with her new music video “Can’t Touch This.” Part of the retrospective Dark Matter EP which released earlier this month, “Can’t Touch This” depicts the moment a GNO turns into GTFO, showing MERLIN a formidable adversary to any playboy who dares impede on her good time.