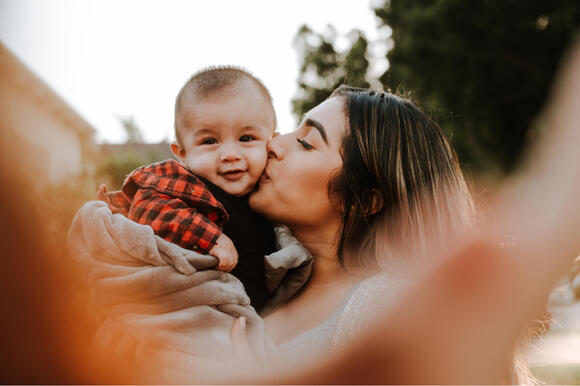 Denver has a website dedicated to all things motherhood. What great news for the thousands of mothers pouring into the Front Range every month from other locales.

One of the reasons Denver is one of the fastest growing places in the country is because of its emphasis on family. So, it should come as no surprise that Denver supports a website dedicated entirely to motherhood.

“Mile High Mamas” (www.MileHighMamas.com) is the brainchild of Amber Borowski Johnson, who has worked in several aspects of the news media. She founded the motherhood news and information site and serves as its editor.

Mile High Mamas is chock full of great information for mothers of babies of all ages and abilities. There are sections on events for special needs children in Denver, for example.

“Mile High Mamas was the Community Blogger winner of the 2013 DFMie award in recognition of journalistic excellence from The Denver Post’s parent company, Digital First Media,” Mile High Mamas boasts. “We were a finalist in the National Newspaper Association’s Digital Edge Awards (“The Edgies”) and received an Honorable Mention for Web Site Excellence from the Society of Professional Journalists.”

Moms of all backgrounds contribute to site

Amber Borowski Johnson. “Mile High Mamas is the brainchild of Amber, a former adventure-travel writer turned adventurous unraveling mother of two children,” the site explains. “She attests the former birth was considerably less painful than the latter two, epidurals notwithstanding.”

Johnson hails from Canada but spent several years working as a publicist for Utah’s ski industry. She also worked as a radio personality and travel writer. “She relinquished her wanderlust life to marry the real love of her life sixteen years ago,” the site explains.

She and her husband Jamie have two children, Hadley (age 15) and Bode (age 13). “Amber’s self-deprecating humor is her coping mechanism for the daily joys and mayhem of motherhood and is what has kept her sane,” the site describes her. “Well, most of the time. She consoles herself that all other lapses make for stellar blog fodder. And the fact she is married to a man who is obsessed with growing The Great Pumpkin.”

Gretchen White. Gretchen grew up in Denver for part of her childhood, before her father got transferred to Grand Junction for work. “She thought the center of the universe was the big fountain at Cinderella City and that Mayor McNichols and Mayor McCheese were brothers,” the site quips about White.

“Quite rudely she was taken from Denver to the remote desert and peach-dotted landscape of Grand Junction,” the site explains. “It was a good thing, ultimately …. She realized if she couldn’t be entertained by the offerings of a big city, she’d have to entertain herself.”

Having nine kids is one way to do it. “Life with nine kids is never quiet, so she began blogging in 2004 as a way to record and reflect on the whirlwind,” Mile High Mamas reports.

Gretchen Yetzbacher. Gretchen is the Daily Deal editor. “Gretchen is always busy and loves to be “on the go,” the website states. “Deals are an important part of making sure that she can do so much. Her son and daughter also enjoy the benefits of all the deals the Gretchen finds.”

Gretchen, a single woman, loves to be outdoors “or just playing a friendly game of whiffle ball with her son – he somehow usually wins,” according to the website. “She is addicted to coupons and finding the best deals or entering sweepstakes.”

Julie Bielenberg. Bielenberg is a mother of three and a prolific travel writer. “She is the State’s number one Agri-tourism writer, covering more ground and events and publishing in more outlets than any other Coloradan journalist,” Mile High Mamas boasts. “Julie travels in search of fields, farms, families and more. Sometimes … she finds herself in often uncovered, or understated locales, which has since become her niche.”

Mile High Mamas has found a niche, too. No doubt the website is more helpful than ever as Denver experiences such rapid growth. The site makes it easier for mothers to get up to speed on everything Denver has to offer their families. That makes for happier parents and happier children.

Tenants in homeless housing get evicted, too

People living in housing provided by Colorado Coalition for the Homeless risk eviction for lease violations the same as anyone else who rents from a landlord. In the year I’ve lived in Coalition housing, I’ve seen several evictions.

Denver Mayor Michael Hancock is seeing success in his goal to house 200 homeless people in 100 days. As of Wednesday, 143 people had been housed in just 49 days, according to a news release. “At one day shy of the midway point of a 100-day goal to house 200 individuals, the City and County of Denver is tracking to far exceed its goal.”

The use and sale of illegal drugs is rampant in Denver homeless housing. It jeopardizes people who became sober while in jail or the state mental hospital. But there’s no easy solution to the drug problems in buildings that house people experiencing homelessness. If everyone had to pass a urine test to get housing, a lot of people still would be left on the street. The philosophy of places like Colorado Coalition for the Homeless is to provide housing first and work on addiction treatment second.

The city of Denver is about to investigate and analyze how it delivers services to people experiencing homelessness. The city auditor announced this week the office will examine data related to homeless encampments, mental health services, homeless shelters and affordable housing. All these services cost Denver tens of millions of dollars per year.

Cigarette sales during the COVID-19 pandemic spiked significantly, a new study shows. The researchers analyzed data from March 2020 to June 2021. The data were compared to a similar time span pre-COVID-19. The findings appear in Annals of Internal Medicine.

One Denver business owner said Monday that encampment sweeps work, and others pleaded with the City Council to step up the cleanups. It comes at a time when the city is suing the person behind a November bond question that would require Denver to clean up encampments within three days of a complaint.

The view from the doorstep of Denver City Hall.Library of Congress. Denver City Councilman Chris Hinds has proposed erecting a legal homeless camping site outside City Hall. The encampment, known as a safe outdoor space, would be placed between 14th and Colfax on the pedestrian mall. “It would mean the city is owning the issue,” Hinds said. “It is immediately outside.”

A pilot program for dealing with residents having mental health and/or substance abuse emergencies may go citywide. The City Council will consider Monday accepting a $1.4 million grant from Caring For Denver Foundation to expand the STAR program. The acronym stands for Support Team Assisted Response.

Denver may act as parent for refugee children

The City and County of Denver will consider Monday whether to allow Denver Human Services to act in the place of unavailable parents of refugee children. The city will pay for placement and supportive services for the Unaccompanied Refugee Minor, or URM program.

Are some in Denver getting rich off the homeless?

You hear it again and again: Some people in Denver are getting rich off the homeless. People who say this can be referring to various people and businesses. Sometimes, they’re referring to the executives who oversee non-profits that serve the homeless.

School lunches in Denver public schools may get a million-dollar makeover if the City Council votes Monday to grant the money. The council is considering donating $1 million to School District No. 1. The money would be used to “increase the number of daily lunches served to Denver Public School students, improve the quality of meals made at school and train all 850 kitchen employees and managers basic culinary skills,” according to a city staff report.

Call them lockdown locks. Countless men across America grew their hair during the COVID-19 crisis. With salons and barber shops closed, men could not access their favorite places to get a haircut.

A backhoe scoops up a tent during a recent encampment sweep.Denver Homeless Out Loud. A man experiencing homelessness lost his deceased father’s ashes this week during a city-sponsored sweep of his encampment, residents reported to the City Council Monday.

If you have a middle or high school student as a child, be prepared to “get rolled.”. And your kid can’t wait. After all, having toilet paper thrown into your trees means you're popular at school.

A $10 million contract between the city and Colorado Coalition for the Homeless to provide housing and support services to the unhoused squeaked past committee Wednesday. The matter was discussed at the Safety, Housing, Education and Homelessness Committee. It was forwarded to the full city council for approval.

Not only are rural Coloradan children more likely to have suicidal thoughts than their peers in cities, but they also have easier access to guns. That’s according to a study appearing Friday in Journal of the American Medical Association. The study examined data from the 2019 Healthy Kids Colorado survey. The survey asked children if they could easily obtain a handgun if they wanted to.

How Denver newcomers can make a good impression

In a city struggling with rapid growth, newcomers often are looked down upon. “Go back to California,” is a common refrain in Denver, since many Colorado transplants have come from the Golden State. Some blame Colorado’s less-appealing traits, including homelessness, the excessive cost of living and traffic congestion, on the new people.

Cancer cost insurers $156.2 billion in 2018, up from $125 billion in 2010. The most expensive cancers to treat were breast, lung and colorectum cancers. The cost of medical supplies were double that of surgeries, according to research published Wednesday in Journal of the American Medical Association. “Medical supplies (including prescription drugs) and nonphysician services (37 percent of total spending) contributed most to the plurality of spending of patients with cancer, followed by radiology (19.4 percent of total spending) and surgery (16.7 percent of total spending),” the authors wrote. “More research is needed to better identify and target wasteful procedures.”

Members of a City Council committee heard testimony Wednesday from those on both sides of a proposal to ban the sale of flavored tobacco in Denver. The meeting became spirited at times, with each side of the debate applauding or booing certain speakers.

How Colorado changed from red to blue

I never would have believed it until I moved here – Colorado is a Democratic state, blue as a Smurf. I always thought Denver, and Colorado in particular, were Republican country. God, family, and country all are big themes here, especially in Colorado Springs, where there is a heavy military presence.