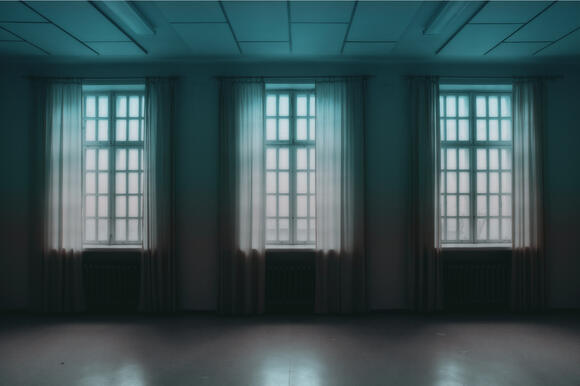 I’ve been in several in Colorado, but never prior to Colorado. I’ve been a patient in Denver Health, Centennial Peaks, Aurora hospital mental health and the state mental institution in Pueblo.

I have been a journalist more than 30 years and most always have held a good job. I never had a criminal record other than a DUI. Now, in Colorado, I have a resisting arrest conviction. It stems from Denver police assaulting me after I fell asleep along the bike path behind Salvation Army Crossroads homeless shelter.

I suffer from chronic-complex post-traumatic stress disorder due to several nightmarish events in my life during the past several years. I have been through a lot and become triggered easily sometimes.

I often do not feel safe. My house was shot up with me inside it in Rock Island, Ill. I also was assaulted inside a jail. This all occurred shortly after my dad died from a long dementia death. I served many years as his caregiver and it was hard work.

And I miss my dad very much.

I used to have nightmares until a pill called Prazosin halted them.

Did I really need to be hospitalized?

As I have explained before, I believe I have been put into mental hospitals as an effort to discredit some of my work. Let me tell you about the time Glendale police had me deemed a risk to myself a few years ago.

In Colorado, a police officer or mental health professional can declare you a danger to yourself or others and have you locked up in a mental hospital. And that’s just what Glendale police did to me when I called them to complain about a neighbor calling me a derogatory name.

They had me taken by ambulance to Denver Porter Adventist after I had called police about people across the street harassing me.

The officer who responded said he would be sending a mental health professional in a couple of hours. I thought this would mean talk therapy to help deal with being the victim of a crime. I did not expect to be psychologically evaluated for reporting a neighbor making civil rights slurs.

Judge releases me from mental hospital

The harassment by law enforcement began several years ago back in Illinois when I went to police about my friend Sam Davis’s lifeless body being pulled from the Mississippi River. Check out this report.

As it turned out, a judge let me out of the mental hospital. I am told it only happens in one out of every hundred cases.

An attorney showed up at the hospital and said, “You’re free to go, go to your bank and take care of your finances.”

I became homeless a short time later. The harassment was so bad where I lived that I abandoned the apartment and began to stay in hotels.

Until I ran out of money and was on the street.

Thanks to the state mental institution, I now have housing and am doing very well. I enjoy my work and live a very blessed life.

I needed mental health treatment, but not when I called to report a bigoted neighbor. Then I needed compassion and a police report.

Fine tobacco smoked from a pipe would be exempted from a proposed flavored tobacco ban in Denver.Andrew Welch/Unsplash. The Denver City Council will consider Monday banning flavored tobacco in the city with an exemption for high-end smoke.

Nobody wants to have to sleep with one eye open. But that’s sort of how it feels when you stay at a Denver homeless shelter. I experienced homelessness in 2019 and stayed for several months at the 48th and Colorado shelter owned by the city and run by Denver Rescue Mission. It’s the same shelter where an employee lost his life this week when a client stabbed him to death.

Enjoy free admission to Colorado state parks Friday as Colorado Parks and Wildlife encourages Coloradans to get some fresh air this Thanksgiving weekend. “Colorado Parks and Wildlife encourages you to take some time this Thanksgiving weekend to explore the outdoors and make new memories with the people you love,” according to a news release. “Turn Black Friday into a blue skies Friday, a green trees Friday, a white snow Friday… a Fresh Air Friday.”

Newcomers to Colorado no doubt do a double take the first time they hear a moose warning on the morning weather report. From the high country, moose will wander down into mountain towns during storms. They are not scared of humans but can behave very unpredictably around them. Moose have been known to charge someone who gets a little too close for a picture.

About 40 members of a union representing construction workers told the Denver City Council Monday they get cheated out of overtime and some contractors refuse to pay completely.

The City and County of Denver observed a somber day of remembrance this week as it recognized 76 traffic fatalities on Denver roads in 2021. The Denver day of remembrance was held in conjunction with the United Nations World Day of Remembrance, which morns traffic deaths worldwide. During a candlelight vigil at the city’s wastewater treatment plant, those killed in Denver were mourned for what many consider needless deaths.

Denver is about to harness the formidable power of the mile-high city’s blazing sun. The Denver City Council will vote Monday on investing $26 million with McKinstry Essention, LLC to erect solar panels on property owned by the City and County of Denver.

A resident during public comment period Monday told the Denver City Council its proposed ban on flavored tobacco unfairly targets blacks. The committee considering the bill plans to exempt hookah establishments and premium cigars from the ban. But menthol cigarettes will be banned.

Central Park III Apartments will be affordable for those meeting income guidelines.City of Denver. The Denver City Council invested $3.7 million Monday in two income-contingent housing apartment buildings to be built in the Central Park neighborhood.

The Denver Psilocybin Mushroom Policy Review Panel, created after voters decriminalized mushrooms in the city in 2019, has recommended special training for first responders. About 4,000 Denver public safety personnel, including the STAR team, firefighters and police, would learn how to spot signs of psilocybin effects and diffuse situations where people may be in duress due to the drug.

The City and County of Denver has closed the playground at Governor’s Park because it has been overrun with needles. People experiencing homelessness frequent the park, which has a sharp’s container for needle disposal. Still, children and parents kept finding needles in the playground equipment.

Denver City Council member Chris Hinds believes it may be time to regulate scooters in the city. During his Friday Facebook chat, Hinds discussed the issue of scooters using city sidewalks. They are supposed to only be used on the street and in bicycle lanes, Hinds said.

Lardedo Taco Company is famous for its flour tortillas.Photo/PR Newswire. Convenience store chain 7-Eleven is adding sit-down restaurants to some of its stores in Colorado. Texas-based Laredo Taco Company already has opened inside a 7-Eleven in Centennial. Locations in Central Park, Brighton, and Federal Heights in Denver will open soon.

Founded by a pastor who loved bars, After Hours passes out lunches daily to people experiencing homelessness.Photo courtesy After Hours. Despite the reopening of Civic Center Park, the daily homeless lunch line that has long been a noontime fixture at the park isn’t returning.

Denver may achieve goal to end veteran homelessness this time

Film tells story of Denver women who took on establishment

Candi CdeBaca shows surprise on the campaign trail two years ago."Running with my Girls" press kit. Denver City Councilwoman Candi CdeBaca’s “unlikely rise to power” is featured in “Running with my girls,” a documentary about women in politics premiering Wednesday at the Denver film festival.

When I first became homeless, I hung out often near Union Station.JJ Shev/Unsplash. As someone who moved to Denver from Illinois three years ago, I understand transplants aren’t very welcome here.