I've been in the news business 35 years, spending much of my career in editing roles at local newspapers in Los Angeles, Detroit, and the Quad-Cities of Illinois and Iowa. Upon moving to Denver in 2018, I began experiencing severe mental illness due to several traumatic experiences. I became homeless on the street for about a year before spending time in the state mental hospital. I am living proof that people can rebound from mental illness with proper treatment, even after experiencing homelessness. I consider myself a lucky guy to live in a great place like Denver. I hope my writing reflects the passion I have for living here.

Politicians ridiculed for homelessness pledge to help end it 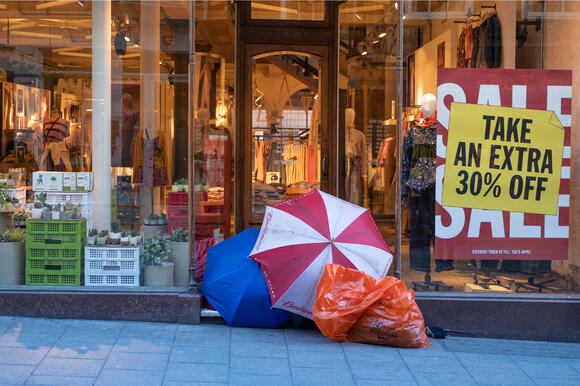 Those who get yelled at the most about Denver’s homelessness problem came together virtually Thursday to discuss ways to end it.

The online discussion was broadcast on Facebook live. A recording of the telecast is on the Facebook page of the Metro Denver Homeless Initiative, which sponsored the virtual meeting.

The meeting was attended by dozens of stakeholders from law enforcement, public schools, and myriad social service agencies. State, local, and federal politicians from across the Denver region attended or appointed a representative to attend.

“As public officials, I think you have a problem,” said Jake Maguire of Los Angeles-based Built for Zero. He said politicians take the blame and are the ones who get yelled at even though they “don’t control all the levers” that affect homelessness.

But is it possible to end homelessness?

While it seems like a tall order, social service agencies across the homeless services spectrum plan to streamline ways of getting people housed. A regional approach will allow for data-driven decision making, said Maguire. Denver has unused housing vochers for the homeless.

Built for Zero is a blueprint for ending homelessness through collaboration. More than 80 communities across the United States have engaged with Built for Zero and its plan.

“We started as housing developers,” Maguire said of the organization. “The theory was that homelessness would go down as housing goes up.”

But then the organization found itself asking as surprising question: “What if we can’t just build our way out of these problems?”

They found the key to ending homelessness lies in collaboration and data. He said all the homeless agencies have “different masters to respond to,” which makes their areas of interest unique. But everyone needs to work toward the common goal of ending homelessness, Built for Zero believes.

A plan to end veteran homelessness

Maguire said 14 communities already have “gotten to zero” in terms of veteran and chronic homelessness. The idea is to get more people into housing than you have coming into homelessness.

Denver will roll out Built for Zero by targeting veterans first. This helps organizations learn to better interact with the VA, which has some complicated regulations.

Maguire said he asked one veteran’s organization to draw a “process map” to illustrate the steps a veteran must go through to obtain housing. “It took them three and a half hours to produce a game of ‘Chutes and Ladders,’” he joked, referring to the maze-like children’s game.

“They built a system that was a mess to make sense of,” Maguire said, explaining that veterans who can’t understand it get accused of not wanting help.

To work its way toward fewer people entering homelessness than leaving it, Denver officials plan to:

· Create a centralized homelessness command center where what works and what doesn’t is discussed and reacted to in real time. Key officials will agree to take responsibility for the success or failure of the center. The command center will be a hub for data collection “to see if real progress is being made,” Maguire said. All players across the homeless services spectrum will be integrated “in a nimble way,” he added.

· Create a database with information about every single homeless person in Denver, “with the necessary privacy protections of course,” said Maguire. “Who they are, their history, what are they eligible for. We want to be able to observe how the picture is changing in real time.”

“No one has clear authority in most communities over homelessness,” said Maguire, noting public officials bear the brunt of angry complaints.

Property owners complain to Denver officials about the mess homelessness creates. Meantime, advocates for the homeless complain when the city perform sweeps of camping sites.

Politicians can’t win, so on Thursday they all pledged to get serious about ending homelessness.

The virtual meeting was attended by front-line homeless outreach workers and top executives from homeless organizations. Members of the public and the news media also signed on to the virtual discussion.

“We need to stop saying ‘them’ it is us and we that are homeless,” said forum participant Clark Rae on the Metro Denver Homeless initiative Facebook page. “When we say it’s their concern, we avoid the accountable responsibility.

“Symbiosis over coexistence. The language we use defines that issues and creates further obstacles. Thank you, Jake Maguire, for speaking the truth in a courteous and data supported presentation.”

Denver Mayor Michael Hancock said, “Denver is in the house,” when it comes to a pledge to end homelessness, or at least try to.

“This is a very important conversation to the life of our region,” Hancock said. “Everyone has the desire to address the challenges of homelessness at top of our minds.”

Hancock said homelessness represents “a market failure” in our community. “This is the most complex public policy issue I have ever faced.”

I've been in the news business 35 years, spending much of my career in editing roles at local newspapers in Los Angeles, Detroit, and the Quad-Cities of Illinois and Iowa. Upon moving to Denver in 2018, I began experiencing severe mental illness due to several traumatic experiences. I became homeless on the street for about a year before spending time in the state mental hospital. I am living proof that people can rebound from mental illness with proper treatment, even after experiencing homelessness. I consider myself a lucky guy to live in a great place like Denver. I hope my writing reflects the passion I have for living here.

(Denver, Colo.) Residents told the Denver City Council Monday that one of the body’s proposed election policies being put to voters for approval squashes grassroots activism.

(Denver, Colo.) Following Aurora’s lead, Denver approved Monday paying for four Special Assistant United States Attorneys to prosecute illegal firearm possession cases. The council agreed Monday to take $154,400 from the general fund to fund the unbudgeted positions through the end of this year, or for four months. The council signed an agreement last month with the U.S. Attorney’s Office to fund the positions for two years. The positions will cost $463,200 for a full year. The salaries will be added to the 2023 and 2024 budgets, according to city documents.

Full moon will wash out meteor shower in Denver Friday

A full moon Aug. 12 will wash out the peak night of the annual Perseid meteor shower this year, according to the Northern Colorado Astronomical Society, but the show is so spectacular stargazers still will see meteors.

(Denver, Colo.) A Colorado group wants you to picture Mount Evans as Mount Blue Sky. And to raise awareness for their cause, the Mestaa’ehehe Coalition is inviting everyone to submit pictures of Mount Evans, which they call Mount Blue Sky, from their unique vantage points.

(Denver, Colo.) “Brain spas” may flourish as decriminalization of drugs converges with emerging medical research claiming psychedelics can improve health. That’s the prediction of Anna Wexler and Dominic Sisti of the University of Pennsylvania Perelman School of Medicine, Philadelphia. They authored a paper “Brain Wellness ‘Spas’—Anticipating the Off-label Promotion of Psychedelics” that appears this week in Journal of the American Medical Association.

How to quiet a noisy Denver neighbor

(Denver, Colo.) Noisy neighbors can be a daunting menace. A loud party keeping someone awake when they have to work the next day can be infuriating. While some people may not want to get police involved, others waste no time calling the cops on their noisy neighbor.

Study: Hotels like Denver's keep homeless out of hospitals

Denver will pay almost $100,000 to settle claims against police, DOTI

(Denver, Colo.) The City and County of Denver will consider Monday settling more lawsuits against the police department and the Department of Transportation and Infrastructure.

(Denver, Colo.) Denver City Council will vote Monday on whether to move the Crime Prevention and Control Commission into the hands of the public safety department. The commission currently is governed by the Department of Public Health and Environment. The commission’s goals include making sure inmates get mental health treatment and don’t return to jail. Additional objectives include decreasing the jail population and fostering innovation and alternatives in the criminal justice system, according to a presentation to council.

(Aurora, Colo.) The Aurora City Council on Monday approved $2.1 million in American Rescue Plan Act funds for improvements at bars and restaurants. Two members of the Aurora City Council, Danielle Jurinsky and Steve Sundberg, own bars/restaurants in the city. Jurinsky made the motion Monday to award the funds, and Mayor Pro Tem Francoise Bergan seconded it.

Councilmembers paint the town with ‘Slow down, Denver’

The day the orange curtain fell on Colorado

The Valley Curtain hangs in Rifle, Colo.Wolfgang Volz/Copyright Christo and Jeanne-Claude. (Denver, Colo.) Sometimes memories about quirky things remain the most vivid. Certainly, the people who witnessed a huge orange curtain hanging across a mountain range 50 years ago,now the subject of a new seminar in Vail, haven’t forgotten it.

Aurora restaurants may be eligible for relief funds

(Denver, Colo.) A Denver City Council committee agreed Monday to create a registry for pawn shops that sell catalytic converters — a bill that now heads to the full Council for approval.

(Denver, Colo.) A Black man will collect $100,000 from Denver after a police officer called him a "turd." The City Council likely will approve the settlement Monday. Keilon Hill filed the lawsuit against the city in U.S. District Court, alleging unlawful arrest.

(Denver, Colo.) A Denver City Council committee approved a change Wednesday to the Denver Preschool Program that will allow it to expand services. The Safety, Housing, Education and Homelessness Committee agreed to change the language in the ordinance that created the preschool program. Funded by voters through a sales tax increase, the ordinance previously said the sales tax money would be the "sole" funder of the preschool program.