writer on love, tech, and politics, lover of coffee and petter of dogs

If She Does These Things, She’s Not the One 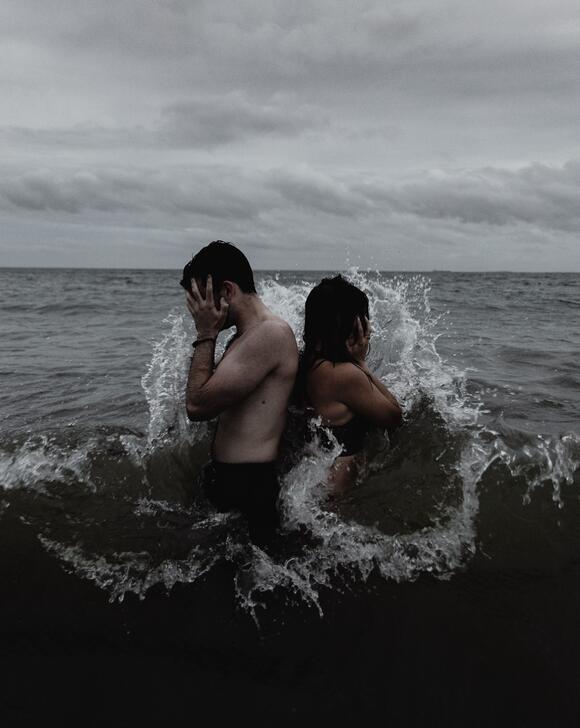 Photo by Alex Iby on Unsplash

Love is amazing. You have someone to make memories with and someone to lean on when life gets hard. So it’s hard to see through your emotions for signs that the person you’re in a relationship with isn’t the one you should spend the rest of your life with. People looking at a relationship from the outside in are able to see these signs though, and they are often a result of the woman not being “all in” in the relationship.

Relationships should be built between two individuals with their own lives, problems, and interests. But being a couple means bringing these things together and sharing memorable moments. In order to do that, both members of the relationship need to work with the other person to make them feel seen, secure and happy.

If she’s not afraid to lose you, then she isn’t the one. Someone who knows your value and how you can add to their lives won’t say things that can risk your position in it. If she says mean things to you, puts you down, or makes you feel unworthy, she isn’t the one. Not because of her actions, but what they ultimately mean. She doesn’t care if you recognize these bad actions for what they are and pick up and leave. If she’s not afraid of losing you and doesn’t watch her actions and her words, then she’s not the one because it’s a big risk to do things that can make them leave forever.

Anyone worth spending a lifetime with will do everything they can to keep you. They’ll show you they love you with the love language of their choice.

Sometimes people aren’t a match. People find this out as much in the dating phase of the relationship as in the relationship itself. Some people are afraid of ending relationships or breaking up with the other person. Breaking up feels like a fundamental failure by the individual. But there are two people in a relationship and if it ends then it means there is a mismatch of wants and needs from both sides.

If she’s not happy to see you, she doesn’t like you. I am very stoic. It’s very on-brand. I rarely smile when I see the people I love. But do I get a rush of happiness when I see their face? Yes. After college, it’s hard to find time to see our loved ones. The few times a year I get to, it’s an amazing time to re-connect and catch each other up on our lives.

When you first see your significant other, they should probably also be happy to see you. If they’re not, it might mean that don’t just not like you, but actively dislike you.

Since growing up, I’ve found that relationships are not always rosy and lovely. Unfortunately, in some relationships, one person actively dislikes the other person but stays in the relationship with someone they don’t like because it’s easier to be with someone else than it is to be alone.

You deserve someone who is all in. This means that they do everything they can to keep you. If you feel like you’re traveling in a tandem bike and you’re the only one doing all of the work then the only thing you can do is pedal harder and hope that somewhere along the way they start pulling their weight or getting off the tandem bike where you are taking on t=double the workload, find your single-rider bike and make some good time.

writer on love, tech, and politics, lover of coffee and petter of dogs

The LSAT Will Kill You If You Let It

Incollege, I took the LSAT or the Law School Admissions Test. The LSAT is an entry requirement for applying to law schools in the United States. I only took the LSAT once and I can say with absolute certainty that it is singly the most difficult exam I have ever taken, which includes Organic Chemistry exams. The exam itself is based mainly on logic problems like the one below:

In the midst of the Great Resignation, people are finally sitting up and realizing that they are the reason for record-breaking numbers. The “company” didn’t do that, the employees did. The ideas, the work, and the innovation that the employees brought forth and did break those numbers. Not the company. Not the management. The only thing the company and management did was place roadblocks, bureaucracy, and hair-pulling inadequacies that made those things that the employees achieved harder to do.

Traveling shows you all the sides of a person that you may not have interacted with before. Are they organized? Do they snore? Do they prefer adventuring in nature or exploring ancient gravesites?

Keeping up with a New York tradition. With complete darkness by 5 PM and the Christmas specials up on the Starbucks menu again, it’s time for Winter Village at Bryant Park to open again. Whether it’s getting a warm, rich hot chocolate or skating around with a hundred strangers on the rink, it will be a memorable time that is a great tradition for New Yorkers and winter tourists alike.

The bustle of the city is electric in my stride. Against the move of a large crowd of strangers bundled in heavy coats and leather shoes, my mind is clear about where my feet are taking me.

How my dog teaches me to live better

I got my golden retriever for my birthday 3 years ago. When I first met him, I could hold his small, fluffy body up and walk around my college campus with him. Now he’s about 90 pounds and uses his weight against me when I try to pick him up.

Narrative of wanderlust in a country-locked world

We‘ve all done it at least once while in corona-tine, right? Checked your remaining vacation days, looked up flights, planned for a cute weekend trip. This won’t last for long. Let me just check prices for early July.

Going on a a date with myself

It started as a way to do activities that I had always wanted to do but never did because no one around me wanted to do it too. And because schedules with my friends don’t always match up.

I can’t tell you how many times I have messed up a live coding interview. I don’t blame this on the conflicting advice out there for technical interviews. It points to a company’s lack of knowing what they want out of a software engineer. Do companies want a great communicator or a talented developer? Rarely can one find both in the same person. Software engineers aren’t exactly the best people-persons. We solve programming problems and are often deeply introverted, with a low need for having to talk to another living being for days on end. Who can blame us? We talk through a computer program all day, after all.

Being Seen in a relationshipship is as important as being felt

Love is amazing. You have someone to make memories with and someone to lean on when life gets hard. So it’s hard to see through your emotions for signs that the person you’re in a relationship with isn’t the one you should spend the rest of your life with. People looking at a relationship from the outside in are able to see these signs though, and they are often a result of the woman not being “all in” in the relationship.

They go point by point, counting out the months or years you spend at each job on your resume. You meet every criterion they set out. You have the skills and experience, and the team loves you. But they're doing simple arithmetic, seeming to swirl into a bundle of anxiety right in front of your eyes as they try and calculate whether or not you'll be the next employee to quit after a short amount of time before they've even hired you.

A Strange Encounter in the Form of a Menage a Trois

The first time I wondered if I liked girls was in middle school. In religion class of all places. With wild, curly black hair and striking blue eyes, her breasts were the size of grapefruits that ended at a point in opposite directions as she stood in front of my little wooden desk passing back assignments. There were rumors that she wore extra perfume to cover up the stink of cigarettes that she smoked during breaks.

What Its Like to Compete in a Beauty Pageant

A yearly family tradition we had was watching the national beauty pageant. All the pomp and circumstance was exciting to watch. But my favorite part was seeing the beauty queen being crowned. With her big smile and this great roar of victorious celebration with her crown and her scepter as she walks down a big glittery stage. I would grow up and become one of those beauty pageant contestants standing behind the winner, in a very neat row of young women, shaking on my hind leg as my hip was about to give out on itself in 6-inch stilettos.

How I Knew I Was Loved

When I was growing up, my best friend lived in a big brick house with a glass alcove in her backyard. It doubled as a dining room and gaming area, where I spent most of my afternoons watching television sitcoms. It was my second home when my parents were spending late nights at work and where birthday parties and graduation photos took place.

How the love languages appear in human and canine relationships

As a golden ball of fur and unbridled energy leaped out of the large cardboard box, I embraced a yipping and ever-smiling puppy. This was the first moment I met my new dog. He had just been picked up from a farmhouse by my family where my dog’s mother had just given birth to a litter of golden retrievers.

Digital marketing began in 1994 when AT&T launched a digital ad banner, amid the dot-com bubble where internet-based companies were rapidly expanding at an unscalable rate. Nearly 30 years later, everyone has a computer and a phone, with access to the internet at their fingertips.

Living Like a Local on your visit to New York City

Is it your first time visiting New York? Are you unsure of what to do or where to start? New York City is a hodge-podge of the best food, culture, and nightlife the city has to offer.

Are We Ever Going to Leave Afghanistan?

The only thing I remember about September 11th was my grandmother picking me up early from school. Buying yellow egg tarts for me as an afternoon treat. The pavement lightly toasted under the sun as we walked home on a yellow, almost white bright day. Shortly after, the then President Bush sent United States (U.S.) troops to Afghanistan in retaliation for that day’s terrorist attack on U.S. soil.

Rejections are pointing you in the right direction

Getting rejected feels terrible, but hindsight teaches us it wasn’t meant to be. Getting a no, or being broken up with, is like a physical punch to the stomach and resembles actual heartbreak. But looking back at all the times a relationship or a courtship didn’t work out allows one to see the past through a clear lens.