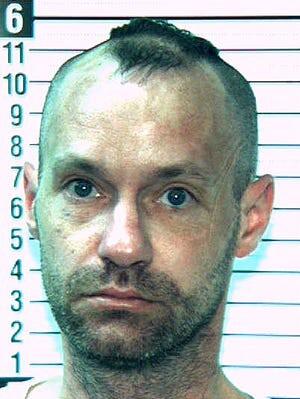 Around 5:30 p.m. on the evening of the 18th of May, 2018, a passing motorist and a UPS driver stopped near Wyalusing creek in Camptown, Pennsylvania to investigate what appeared to be a human body. Upon visual confirmation of the body of a deceased female, they called the police to report their discovery.

Local news flocked to the scene in search of newsworthy input from Camptown residents. That’s when Matthew Haverly stepped up. The body had been pulled out of the creek across from the home he shared with his mother.

As he stood in front of the creek, he told the news station that he had no clue what was going on until he heard what authorities had found. The interviewee then gave a possible explanation that it could be some kind of a hit gone wrong.

“It would be like a place where people from the city would want to put a body, because most likely it wouldn’t be found,” he stated.

He appeared to be in disbelief that anything like this could happen in his quaint, rural neighborhood. His empathy began to show through as he highlighted the sad realization that the victim was someone’s mother or daughter.

Finally, he expressed his opinion on how his own mother would feel about the discovery, as she was living near the area where the body was dumped. “I’m guessing, like, my mother, she would be concerned, and probably a lot of neighbors would be concerned,” he said.

Mere hours after his on-screen interview, Matthew was arrested and charged with homicide.

The victim was identified as Patricia Haverly: his mother.

Patricia Haverly was 60-years-old when she died. Patricia had lived in Camptown her entire life as she was born and raised there. She was a lab technician for DuPont for over 30 years until she retired. Patty, as she was known to loved ones, was a passionate gardener and grandmother, frequently spending time with her beloved granddaughter, Isabella.

Matthew admitted to police that his relationship with his mother was a turbulent one. The two clashed frequently and had a serious confrontation on the day of her death. He said this time, it turned violent.

Authorities searched the Haverly home and found a black tarp that matched the one found at the crime scene.

Matthew pleaded no contest to killing his mother. Typically this type of plea indicates the accused is unable to remember the crime committed but recognizes that there is enough evidence to prove guilt. Thirty-nine-year-old Matthew Haverly was ultimately sentenced to three and a half to fourteen years for the murder. He is serving his time in the Pennsylvania State Correctional Facility.