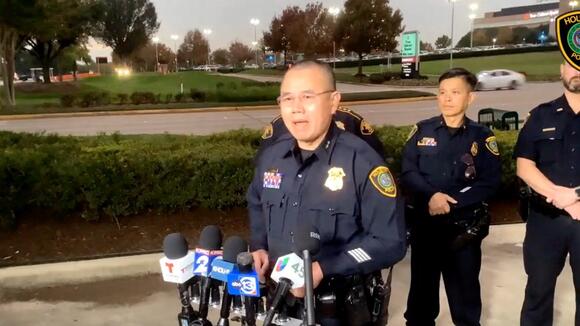 WEST HOUSTON (Covering Katy News) - The woman who was the victim of a murder-suicide in the parking lot of Texas Children's West Hospital has been identified by family members.

Family members tell KTRK 13 that Kenia Osorio, 32, was shot by a man she was dating.

Houston Police say the shooting happened shortly after 2 p.m. inside a car. Assistant police chief Ban Tien confirmed that Osorio's 8-year-old daughter was also in the vehicle when it happened.

In the minutes after the shooting, the girl was brought inside the hospital to be evaluated by doctors. Her mental stability is unknown, but she was not physically injured according to HPD.

"The child is not hurt. She is not injured," Assistant Chief Tien said.

The family told KTRK that Osorio and her husband, who share two children, were going through a divorce but had recently decided to reconcile. They said things became tense with the boyfriend when he learned that the couple was going to reconcile.

The child who witnessed the shooting and her brother are now with their father. The father has declined to speak about what happened.

CITY OF KATY, TX (Covering Katy News) - The last day of business for Katy's Battlehops Brewing was Sunday, November 20, and its owners now say they've not been able to find a buyer.

KATY, TX - (Covering Katy News) - CarSquad is opening a vast pre-owned auto dealership on 15 acres at the northwest corner of the Katy Freeway at Highway 99. Customers can buy, sell or trade pre-owned vehicles online or on the lot with experts helping them identify suitable cars.

Why Krispy Kreme is closing in Katy and elsewhere

KATY, TX (Covering Katy News) - Krispy Kreme is closing many of its locations, the most recent in Katy, as it transitions to a new business model. The big Krispy Kreme sign above the front door at 1815 South Mason Road in Katy is gone, as is the Hot Now neon light, which hung in the front window, signaling that freshly made donuts were available. The only signage remaining is a small “closed permanently” message next to the front door and on the drive-thru window.

KATY, TX (Covering Katy News) - Gelato originated in Italy, so when the Martula family was looking for the best recipe for their store, they went to a gelato expo in Rimini and spent a year studying numerous gelato and dessert chains abroad. They decided The Gelatist brand of gelato was the best in the world.

KATY, TX (Covering Katy News) - Cinco Ranch resident Hemlata Basumatary and her team, known as Jingle Sprinkles, won Food Network’s The Big Bake. Hemlata is known professionally as Hemu Basu. She spoke with Covering Katy earlier this month, about competing on Food Network, but she was not allowed to reveal her team won because the program had not been broadcast.

FULSHEAR, Texas (Covering Katy News) - A Fulshear elementary school scheduled to open in the fall of 2024 will be named after the first and only African American woman to serve as the city's Mayor.

AUSTIN (Covering Katy News) - Harris County voters in Katy and numerous other locations had trouble casting ballots on Tuesday, and now Governor Abbott is calling for an investigation.

NEW YORK (Covering Katy News) - The NBA and WNBA are announcing the second group of Jr. NBA Court of Leaders, and one of the team members is Seven Lakes High School basketball star Justice Carlton.

HOUSTON (Covering Katy News) - Robert Solis received a death sentence for murdering Harris County Sheriff’s Office Deputy Sandeep Dhaliwal during a 2019 traffic stop. “The defendant executed a uniformed deputy by shooting him in cold blood in broad daylight, said Harris County District Attorney Kim Ogg. “That makes him the worst of the worst, which is why we asked jurors to sentence him to death.”

KATY, TX (Covering Katy News) – Rapid growth in the northwest portion of Katy ISD is resulting in changes to the attendance boundaries of several elementary schools. Currently, the northwest quadrant of Katy ISD is experiencing increased growth due to several new housing developments and businesses coming to the area. Elementary #45 and #46 are located and will open in the fall of 2023.

FULSHEAR, TX (Covering Katy News) – A teacher at Jordan High School is the Claes Nobel Educator of Distinction. Hailey-Ann Booth was selected for the award by The National Society of High School Scholars.

Dr. Gregorski’s State of the School District address be live-streamed and focus on ‘Excellence’

KATY, TX (Covering Katy News) – Katy Independent School District Superintendent Dr. Ken Gregorski will deliver his State of the District Address Friday, 8 a.m. at the Merrell Center. It will also be live-streamed for those who are not there in person. https://www.katyisd.org/domain/5893.