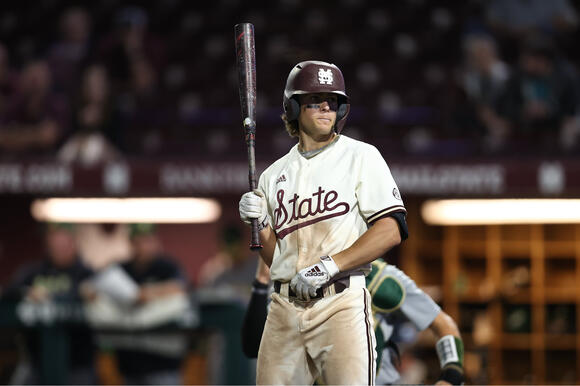 The Bulldogs (19-15, 4-8 SEC) trailed the Blazers (21-11, 7-5 C-USA) 5-3 heading into the bottom of the ninth before freshman Hunter Hines tied the game with a two-run home run. In the bottom of the 10th inning, junior Kamren James lifted a game-winning RBI sacrifice fly to right field.

Sophomore pitcher Leo Harris started for the Blazers and allowed two runs on six hits with two strikeouts in 3 1⁄3 innings. UAB used nine pitchers in total, with freshman Carson Myers (2-3) being charged with the loss.

In the top of the first inning, junior Brandon Willoughby hit a one-out double down the right-field line. A groundout followed before Hall’s single up the middle scored him. Kohn hit the next batter before Braunschweig hit an RBI single through the left side to give the Blazers a 2-0 lead.

In the bottom half, Hancock hit a two-out double down the right-field line and scored on Tanner’s RBI single up the middle to cut the deficit in half.

After a scoreless second inning, UAB added one to its lead on a solo home run down the left-field line by Sears.

MSU would draw within one at 3-2 in the bottom of the fourth inning. Freshman Slate Alford hit a leadoff single up the middle and advanced to second base on a passed ball. Forsythe’s single put runners on the corners before graduate student RJ Yeager hit an RBI single to left-center field.

In the bottom of the sixth inning, Forsythe hit a two-out single and advanced to second after Yeager was hit by a pitch. James then doubled down the left-field line to make it a 3-3 ballgame.

Senior Caleb Floyd was walked to begin the top of the ninth inning and back-to-back doubles by Braunschweig and senior Matthew Golda gave the Blazers a 5-3 lead. In the bottom half, Hancock singled to right-center and Hines homered down the left-field line to send the game into extra innings.

Forsythe hit a one-out single up the middle in the top of the 10th inning and made his way to third on a two-base error. A walk would follow before the Bulldogs walked off to victory on an RBI sacrifice fly from James.

The Bulldogs will be back in action Thursday when they open a three-game series against No. 17 Auburn at 7 p.m. CT at Dudy Noble Field. The series continues Friday at 6 p.m. before concluding with a 1 p.m. first pitch on Saturday. Thursday’s opener will air on SEC Network, while the other two games will air on SEC Network+.