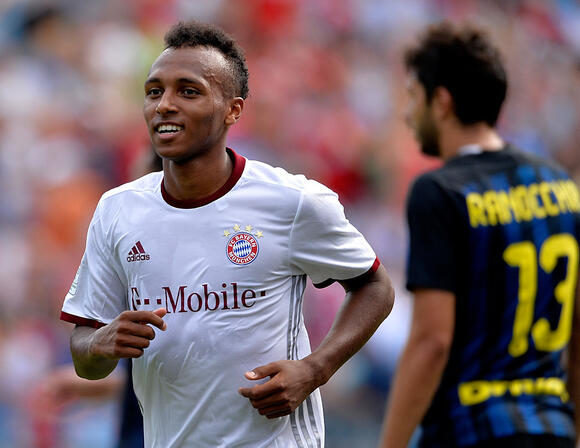 (CHARLOTTE, N.C.) Good morning, Queen City Roundup readers, and welcome to a scorching third-to-last edition of this daily feature. That's right, after Friday NewsBreak's daily collection of articles concerning Charlotte will cease, but until then we'll bask together in today's 94-degree high and huddle up for tonight's low of 70.

Speaking of huddling, the city of Charlotte is hoping to help the Hornets bunch together in an upgraded stadium by offering renovations in exchange for a contract extension. We also look at a pair of lethal streets in the Queen City that have seen deadly crashes. New restaurants are cutting ribbons on fresh kitchens in Charlotte in droves, but today's Roundup ends by waving goodbye to the eateries that have closed since the start of 2022.

It is Wednesday, June 1, and welcome to a new month. Here's what every resident of the Queen City needs to know to get it started.

What's happening: Charlotte's 20,200-seat Spectrum Center could be due for a new air conditioning system and roof replacement if the Hornets decide to stick around at the city-owned arena for an additional 15 years. Said upgrades, headed for a Charlotte City Council vote on June 13, would cost the city $215 million, nearly the full price tag of $265 million in 2005 dollars that the city paid contractors to build the arena nearly 20 years ago.

In total, efforts to retain Charlotte's basketball team will cost the city $275 million and involve modernizing the stadium, already the seventh-newest in the league, to the NBA's standards. The remaining $60 million would go toward a two-court practice facility on the site of the Charlotte Transportation Center or a gravel lot adjacent to the arena, but only if the 'Nets extend their contract, currently set to expire in 2030, through 2045, The Charlotte Observer reports.

Why it matters: The news of the proposed upgrades to Spectrum Center specs came the same day that City Council members approved a $3.2 billion budget. It will hold taxes at current rates and not lay any employees off but will increase daily parking rates in Uptown and South End, per WBTV. If the budget had failed to pass, city leadership may have kept its arena-upgrading cards tucked into its sleeve for the time being.

During the course of 2000 to 2019, 39 drivers or passengers died due to accidents stemming from a five-mile stretch of Interstate 85 in Charlotte. Considered the deadliest roadway of its length in North Carolina, the fatal highway is bookended by Brookshire Boulevard on the west and Sugar Creek Road on the east. The interstate has seen four-lane closures as recently as May 23, when two people went to the hospital with serious injuries less than three weeks after a previous crash closed all but one lane.

Also dangerous for drivers is a five-mile span of Interstate 77 that has killed 38 people throughout 34 fatal crashes during the same time period as drivers attempted to weave through the city's downtown district. Conducted by Charlotte-based personal injury attorneys Nagle & Associates, the roadway analysis sifted through 13,282 deaths stemming from 12,030 individual accidents.

Last week's impromptu hazardous material dump was the latest event to stymy traffic on I-77's southbound lanes after crews cleaned glutaraldehyde, a substance corrosive to skin, off the roadway when it spewed from the back of a semi-truck. Charlotte resident Edras Osman Mendez Castillo, aged 12, died on May 19 while walking along the road against the flow of traffic on May 19, per the Observer.

With just over three months of play and 14 games under their belt, Charlotte's premiere MLS team will have to locate a new coach. Currently trailing in the eighth spot of the American league's Eastern Conference with five wins and eight losses, the team announced on Tuesday that Miguel Ángel Ramírez would spend the remaining 21 games of 2022 as the football club's interim head coach.

Despite the major staff shake-up, the team provided few other details. Also departing are asssistant coach Mikel Antia, head fitness caoch Cristobal Fuentes Nieto and first team video analyst Luis Piedrahita, and Zoran Krneta, the team's sporting director, thanked them for their contribution ahead of the team's next match against the New York Red Bulls on June 11.

Krneta later told the MLS website that "There's not much point to speculate to what exactly happened," adding that "we had not choice. We had to do it."

During the Charlotte team's bye week, readers can acquaint themselves with the club's next opponents by reading Sam Spencer's column on the history of the drink-sponsored team over at Queen City Nerve.

4. Restaurants remembered: Which Charlotte-area eateries have closed in 2022?

As a booming business city, Charlotte sees a lot of turnover, both in terms of who is employed at what companies and what organizations fill which spaces. While the city has a gold mine of family-owned restaurants, plenty of others trade spaces quicker than the Panthers ditched their Rock Hill training grounds.

Spanning Rock Hill to the Queen City, here are a few eateries that have made their exit in 2022 as well as a few options that can fill the sustenance-sized holes in readers' hearts.