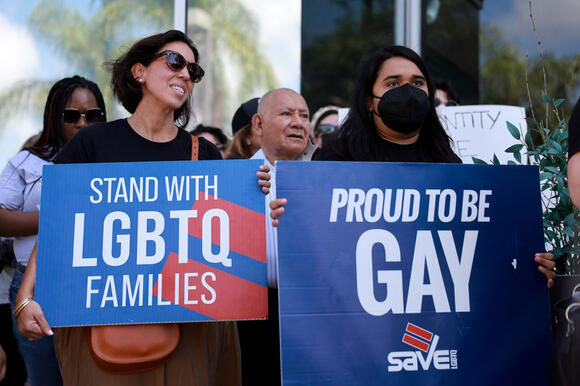 (CHARLOTTE, N.C.) Hopefully readers are coming to our Thursday, May 26 Roundup ready to race as the upcoming Memorial Day weekend brings the Coca-Cola 600 and other NASCAR-related and NASCAR-free events to Charlotte.

Racing through North Carolina's General Assembly are bills that would aid the Tar Heel State's hemp growers but would restrict teachers in the state from discussing issues related to LGBTQ individuals with students.

Readers in need of formula should know that StarMed Healthcare is holding a second infant food giveaway that started at 10 a.m. today at the care provider's locations at 5344 Central Ave. Suite B in east Charlotte and 4001 Tuckaseegee Rd. in west Charlotte until supplies run out, per WBTV.

What's happening: A bill that would prevent educators in North Carolina from teaching about LGBTQ concepts gained approval from a state Senate committee on Tuesday. First introduced by Republican lawmakers in late April, House Bill 755 is similar to other pieces of legislation that have been dubbed "Don't Say Gay" bills by opponents in other states.

The bill would only apply to teachers in grades kindergarten through third, per WRAL, and while it would essentially scrub gay rights issues from the curriculum, students would still be allowed to ask questions related to gender and sexuality. A broader version of the bill released Monday states the following:

Instruction onf sexual orientation or gender identity shall not be included in the curriculum provides in grades kindergarted through third grade, regardless of whether the information is provided by school personnel or third parties.

What's next: The bill passed its second reading in the House 66-50, mostly along party lines, on May 5. It next heads to a decision before North Carolina's Senate, where the 28 Republican members are expected to outweigh the votes of the 22 Democrats. That would land it on the desk of Gov. Roy Cooper, whose office said the left-leaning governor will then review the language within.

What's happening: Speaking of pending legislation, Senate Bill 762 looks to assist North Carolina's hemp growers by bringing local laws up to speed with federal regulations but would not authorize the state's farmers to repair their own hardware as previously advertised. According to the North Carolina Department of Agriculture and Consumer Services, industrial hemp has been growable in the state since 2017, but the varietal of cannabis sativa remains on the state's controlled substances act.

Why it matters: By removing hemp from that list and aligning North Carolina's policy with the federal Agricultural Improvement Act of 2018, the bill would effectively allow the 1,500 hemp growers who have started farming in the state since 2014 to continue to transport and sell their product.

While hemp would flourish under the 2022 Farm Act, farmers would still be at the mercy of hardware producers when it comes to repairs. An initial version of the bill released Monday included provisions for an "Agricultural Right to Repair Act" that would require original equipment manufacturers to sell or provide all of the tools someone would need to fix their own equipment.

The post-committee draft of the document, however, removed the clause in favor of a section saying that a study commission would investigate the potential impact of the fair repair concept and host public discussions at future meetings.

May 27 to 30 marks Memorial Day weekend, an extended period away from work for many Americans and, for the past six decades in Charlotte, the Coca-Cola 600 at Charlotte Motor Speedway and the accommpanying speed street festival. Here is an event guide for race attendees and those who are disenfranchised with driving alike: