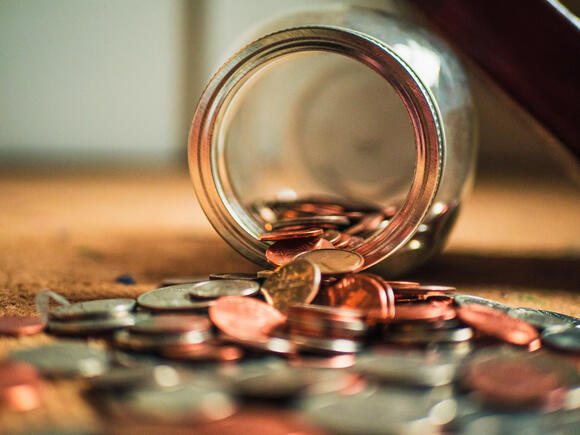 A proposed 2023 budget for Mecklenburg County would give leaders resources to confront affordable housing and corporate landlords.(Josh Appel/Unsplash)

(CHARLOTTE, N.C.) Today's Friday, May 20 Roundup is very much in bloom as Saturday marks one month until the official start of summer on June 21. Before that, Charlotteans have plenty of spring to soak up, bolstered by high temperatures in the 90s through Sunday, but a bit of rain throughout the week.

Before that, we discuss Mecklenburg County commissioners' attempts to cultivate a $2.1 billion budget with restrictive implications for Charlotte-Mecklenburg Schools and the county's juvenile detention center. A county program that encourages plants to bloom throughout Charlotte is also seeing sunlight with nearly 20 community gardens boasting new growth.

Our weekend reading list and six-day forecast will help Charlotte readers sprout into a decent weekend.

What happened: Mecklenburg County Manager Dena Diorio presented her proposal for a fiscal year 2023 operating budget that would give leadership $2.1 billion to work with starting in July at a Thursday meeting of the county's commissioners.

Highlights include a $13 million slice for affordable housing strategies as the area contends with corporate-owned real estate, a minimum wage increase that would grant county employees $20 per hour and a mixed-income development in Grier Heights, a historic Black neighborhood that has witnessed significant character alterations in the past.

Why it matters: While Charlotte renters struggling with the city's lack of affordable dwellings may cheer Diorio's proposed forecast, some institutions in Mecklenburg County may be disappointed to hear of possible funding cuts. Monetary restrictions would result in the closure of the Mecklenburg County Sheriff's Office's Juvenile Detention Center on Dec. 1. Having opened in 2019 at the former site of the county's Detention Center North at 5235 Spector Dr., the facility held 55 prisoners as of Thursday.

Citing costs to county coffers ranging from $4.5 to $16.7 million, Diorio told attendees on Thursday that her budget would result in staff at the youth prison being transferred to the county's main jail, which could help mitigate the detention center's lack of staffing. Per WCNC, the juvenile jail relocated 23 inmates to other counties due to a lack of workers.

Also potentially reeling from Thursday's announcement are leaders at Charlotte-Mecklenburg Schools, who may end up seeing less than half of the county dollars it requested upon tendering its own FY2023 budget proposal to commissioners in March. Instead of the $40.4 million the district requested to bolster teacher pay and upgrade facilities, Diorio's document would grant CMS $19.3 million. That would prevent the school system from having the highest teacher wages in the state.

2. Hurricanes rain on Rangers in first game of Stanley Cup round 2

What happened: We reported last week that the Carolina Hurricanes were set for a tiebreaker match in round 1 of the Stanley Cup playoffs, and since then the team has made it to the tournament's second round against the New York Rangers. The second match of round 2 is set for tonight at PNC Arena in Raleigh after the Canes managed to clap the New York team 2-1 during extended play.

Down 1-0 with less than three minutes remaining, Raleigh bought itself a trip to overtime with a last-minute score from Sebastian Aho and an overtime goal from Ian Cole. Wednesday's win sets up a tight series against the two top-ranked teams in the NHL's Metropolitan Division, with the Hurricanes winning 82 and losing 54 in the regular season while the Rangers netted 82 with 52 losses.

Why it matters: If Raleigh can make it through this round and another two, the Hurricanes will find themselves competing for the cup for the first time since 2006, when the team won its first Stanley Cup in franchise history after beating the Edmonton Oilers 3-1.

Charlotteans who want to grow their own produce or flowers but don't have the space or equipment to do it can make use of one of 20 community gardens found throughout Mecklenburg County. The raised beds and trellises that reside at each site have seen significant growth over the past two years, a time period that has seen gardens go from 80% full to reaching 99% capacity.

Plots can be rented for between $15 and $20 annually to anyone who applies via this form. Those interested in starting a garden or leading one as a captain can pose questions to Park-Admin@mecklenburgcountync.gov.

Heading the program for the county is Tim Turton, who attributes the greening of Charloteans' thumbs to the pandemic, which has brought plenty of amateur agriculturalists to the table. "We have gardeners from Cameroon who grow ornamental perennials that I didn't know were edible, and they’re eating them and they have a particular way of gardening where they mound things up real high," Turton added.