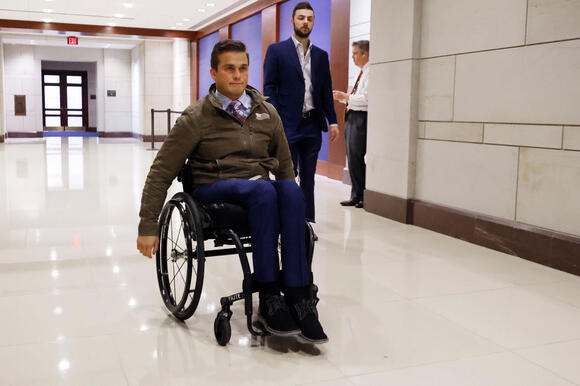 Also receiving a nod are the Charlotte Hornets, who will have the 13th and 15th selections in the upcoming NBA draft as the team continues searching for a coach. The Charlotte Symphony Orchestra will also have to look around for a new head conductor as the maestro who has led the ensemble for 12 years prepares to step out.

1. Candidates chosen: Who will be on the November ballot in Charlotte, Meck. Co. and NC?

As the North Carolina State Board of Elections works to determine if the turnout at Tuesday's statewide primary election superseded the 31% of voters who cast over 2.1 million ballots in 2020's primary, initial results show both upsets and safe bets locally and across the state. Here are a few outcomes that will pave the way for key races in November's general election:

Per WFAE, Charlotte saw roughly 14% of its registered voters hit the polls on Tuesday as over 109,000 of more than 781,000 constituents tendered decisions.

What happened: When the 2022 NBA draft rolls around on Thursday, June 23, the Charlotte Hornets will have to watch as a dozen teams select rookie players from a collegiate pool before they can pick. Tuesday's draft lottery delivered on a 92.8% chance of the 'Nets sliding into the unlucky spot and also granted the North Carolina team the 15th FIRST-ROUND pick, potentially setting up an interesting trio of rounds in next month's draft.

The team will have to wait until the 45th slot swings by in the second round for a subsequent pick, which will likely include some sort of center as the team looks to round out its roster of tall men.

Why it matters: The Charlotte basketball team's three picks in the June selection could help the squad improve after a 43-39 season that ended with the Hornets ranked 11th in the NBA's Eastern Conference. The current lineup was enough to get the team to the league's Play-In Tournament, where they faltered 132-103 against the Atlanta Hawks on April 13.

But the performance of former head coach James Borrego apparently was not sufficient to keep him around as administrators fired him last month. Since then, team leaders have installed at least seven names from across the league on their radar, per The Charlotte Observer, including former NBA Coach of the Year Mike D'Antoni and Brooklyn Nets assistant coach David Vanterpool.

After putting a dozen seasons on his belt, Charlotte Symphony Orchestra Music Director Christopher Warren-Green will pack up his baton for the last time in the Queen City after conducting the classical band in Beethoven's Ninth Symphony at Charlotte's Belk Theatre on May 22. The epic, rolling piece is a fitting backdrop for the concerto maestro, as it was the last complete work written by the legendary German composer before his 1827 death.

Though Warren-Green will be removing himself from the limelight, he will continue working with the SCO as a conductor laureate and artistic adviser. Previous positions placed the conductor at the head of ensembles in Philadelphia, Minnesota, Detroit, Houston, St. Louis, Toronto, Milwaukee, Seattle and Vancouver. According to another story in The Charlotte Observer, the guests listed as part of the current symphonic season — the CSO's 90th — could provide hints as to who may be Warren-Green's successor.

More news concerning Charlotte on May 18: