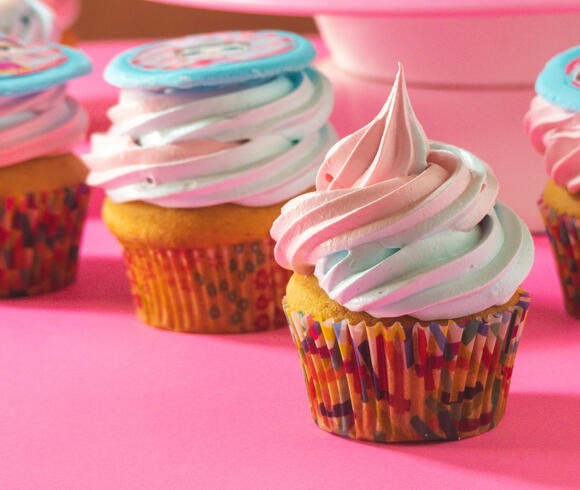 This week starts with baby formula and ends with sweets; StarMed is handing out infant food amid a shortage and a festival has the treats.(Bryam Blanco/Unsplash)

(CHARLOTTE, N.C.) Good morning Charlotte and welcome to a Tuesday, May 17 Roundup. When voters head to various schools, community centers and other election sites to cast ballots in North Carolina's statewide primary today, they can expect a high of 86 and low of 59.

Addressing the delayed election, we direct readers to local polling places and link to information about major candidates on today's ballots. Also occurring Tuesday is a complimentary infant formula handout at two StarMed Healthcare locations in Charlotte. We'll tell readers where to get the free baby food but we can't say where Quay Davis is after the Mecklenburg County Sheriff's Office mistakenly released him from the local jail last week. Charlotteans should prepare for a sweet skirmish this weekend when the Desserts Wars festival arrives.

1. Primary polling: Who's on the ballot in Mecklenburg County and how can readers vote?

What's happening: Today marks North Carolina's primary election, a day when voters across the state will decide which names will face incumbents or new opponents when the general election rolls around in November.

As of Tuesday morning, WBTV reported that 42,000 North Carolinians had already made their choices via early voting, which could put this year's turnout rate above the 14% seen in 2018 and the 16% who came out in 2014. The Charlotte Observer predicted 80,000 Mecklenburg County residents would rock the vote this year, breaking previous records for non-presidential primaries.

Who's running: With 61 names appearing on ballots in Mecklenburg this year, local voters will have their work cut out for them when they enter the booth. Charlotte City Council has 10 open seats, with the at-large race of particular note for including incumbent member Braxton Winston and former Mayor Patrick Cannon. Speaking of mayors, Mayor Vi Lyles faces challenges from three fellow Democrats and two Republicans.

The Mecklenburg Board of County Commissioners will see voters rule on three at-large roles, while Mecklenburg County Sheriff Garry McFadden faces challenges from a pair of adversaries.

Where to vote: Mecklenburg County is home to 243 buildings that will allow residents to cast ballots, though many of the sites listed on this page are marked as "restricted." Readers can also enter their addresses here to find their closest precincts.

In response to the national shortage of baby formula induced by a February product recall, Charlotte's StarMed Healthcare is opening up its supply of sustenance at its StarMed Family & Urgent Car clinics at 4001 Tuckaseegee Rd. and 5344 Central Ave. Suite B in Charlotte. Lasting from noon until supplies run dry on Tuesday, the care provider is planning on giving out more than 330 packages of formula in various forms.

See the breakdown as follows:

Families with formula to spare can contact a local food bank, like Camino Health Center, which employee Paola Garcia told WBTV has been flush with requests for formula. According to The Charlotte Observer, a Datasembly study examining the regional impact of the shortage found that the area around the Queen City was one of a dozen in the U.S. to see an out-of-stock rate above 40% last month.

While some mothers have been responding to the lack of formula by creating their own homebrews, Poynter reports that multiple medical organizations and the U.S. Food and Drug Administration discourage residents from concocting their own infant nourishment.

Originally arrested in 2018 before being transported to Mecklenburg's central detention center after he was caught with a weapon earlier this year, Davis gained freedom due to a court clerical error. Because his information had been entered incorrectly, deputies were under the impression that Davis should be freed, despite the fact that he has yet to pay a $75,000 bond.

Despite the release occurring May 9, the local sheriff's office wan unaware of the error until Friday, May 13. Future Roundups will update readers on the MCSO's latest efforts to detain Davis.

4. Dessert wars: Sweets makers to duke it out in Charlotte on Saturday

Saturday is set to be a sweet one as the self-styled "largest dessert festival in America" touches down at Charlotte's Park Expo Center between 3 and 7 p.m. Also serving as a competition, soldiers conscripted to the Dessert Wars will be able to vote on their favorite offering to receive a People's Choice Award, while a judging panel will deliberate for their own award.

Passes start at $45 for general admission and 30 sample tickets at this page. Attendees will also receive a "go-box" to carry anything they can't consume back home.

Here are a few of the vendors who will accept taste-testing tickets at the convention center this weekend: