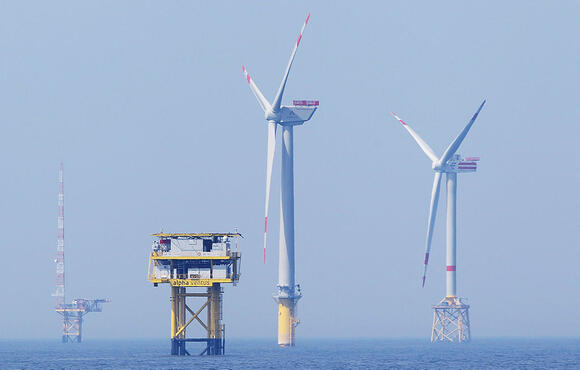 (CHARLOTTE, N.C.) Whether readers like to wake up with a coffee and croissant from Amélie's or sip corporate caffeine from Starbucks, we hope anyone who puts eyes on today's Roundup feels energized as two stories deal with power sources. As the world faces a lithium shortage, a mining operation is facing pushback in Gaston County over attempts to start digging.

Hoping to reduce its fossil fuel footprint, Charlotte's Duke Energy laid out a set of carbon cancellation policies. Also hoping to charge Charlotteans up is Monday's reopening of Super Abari Game Bar, a bar/arcade concept that moved its arcade cabinets from Optimist Park to Belmont. We also recount a trio of weekend shootings that left three people dead and another that killed an 18-year-old.

What happened: As part of an ongoing saga that could end with lithium mining operations resuming in Gaston County, state regulators have given Piedmont Lithium a July deadline to assess the potential mine's environmental impact. Dredging to 572 feet beneath the earth's surface and occupying 1,548 acres at a site east of Cherryville, roughly 35 miles west of Charlotte, the mine would follow in the footsteps of Foote Mineral's Gaston pit that opened in the 1950s.

According to NS Energy, the mine would produce over 1.1 billion tons of lithium across an estimated 25-year lifespan and use roughly 2.3 million gallons of water each day. The land that would hold the lithium deposit is currently zoned residential and agricultural. Even if the North Carolina Department of Environmental Quality signs off on the 20-year permit, Gaston County commissioners would still need to approve the change.

Lack of lithium: The Australia-based energy harvester's proposal comes amid a lithium battery shortage that could stymy the production of electric vehicles, laptops, phones and other devices that use the element in rechargeable power sources. Elon Musk, CEO of the largest electric vehicle producer in the world, tweeted in April that lithium isn't an uncommon material, but the refinement process can take between months and years to complete.

The issue dovetails with the global semiconductor shortage that is also slowing the production of phones and other consumer electronics.

What happened: Speaking of energy sources, Charlotte's largest electricity provider teased a slew of strategies that would aid in efforts to cut carbon levels over the next three decades if given state approval. By 2030, Duke Energy intends to cut carbon emissions to 30% of what they were in 2005; by 2050, the company hopes to stop using carbon altogether.

A plan to achieve those criteria is forthcoming; public hearings will take place over the summer and state regulators will tender their decision by the end of the year.

Zooming out: Both of those goals are in line with a state energy law signed by Gov. Roy Cooper in October, according to NC Policy Watch, which referred to Duke as a "rate-regulated [monopoly" that is "insulated from competition." Duke Chief Financial Officer Steve Young listed the following alternative energy sources as carbon replacements: renewables, battery storage, some gas as well [and] offshore wind, solar, etc."

Possibly helping Duke make the grade would be a series of windmills off North Carolina's coast after President Joe Biden's administration declared the firm the provisional winner of an auction for an offshore wind lease in Carolina Long Bay. According to a May 11 press release on the wind win, "Wind energy is one of a number of carbon-free technologies Duke Energy is evaluating to reduce carbon emissions on its system."

Fatal shooting: Charlotte-Mecklenburg Police Department discovered Blackmon with multiple gunshot wounds around 8:40 p.m. on Sunday after receiving a call to assist emergency medical personnel near the 900 block of North Wendover Road, in the city's Echo Hills neighborhood. EMS crews pronounced Blackmon dead and a CMPD official told WBTV that "When anyone uses guns or firearms to resolve conflict it's always a tragedy particularly when a life this young is cut short."

Life-threatening shootings: Three seemingly unrelated shootings ended with life-threatening injuries for a trio of individuals in Charlotte. The first took place on Robinson Church Road in the eastern half of the city.

Around 6 p.m., The Charlotte Observer reported that a second victim went to the hospital with serious wounds after being shot on the 4700 block of Beech Crest Place, a residential street near Davis Lake. That victim sustained a shot in the head, and the CMPD opened an assault with a deadly weapon investigation in response.

Channeling CRT screens, pinball flippers and 12 beer taps into a nostalgia-tinged hideaway for classic-minded Charlotteans, the Queen City's latest themed bar, Super Abari Game Bar, is preparing to open its new location in Belmont after a few years of hiccups.

The initial Abari bordering Villa Heights and Optimist Park had its plug pulled amid the initial wave of the coronavirus in 2020, and owner Zach Pulliam's October 2021 plans to set a new high score in a different Optimist Park location fell through. Now emerging as Super Abari Game Bar — a reference to an iterative naming convention popularized by Nintendo in the 1990s — the business is holding its grand opening at 1015 Seigle Ave. in Charlotte on Monday.

SABG spreads its library of games across two stories, an LED-lined staircase connecting them. Among those levels are 55 arcade games, 35 pinball machines and the world's largest-to-scale functioning Game Boy replica, designed by Charlotte-based 8lincoln30 studio. Food options include homemade cheese and pepperoni hot pockets with dough from Duke's Bread, another Charlotte favorite.

More headlines hitting the Queen City on May 16: