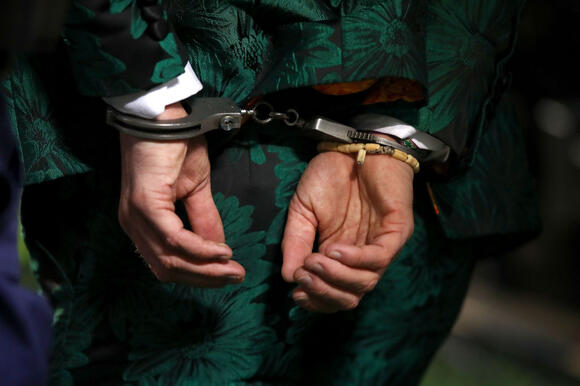 (CHARLOTTE, N.C.) Good morning and welcome to the end of the workweek, Charlotte! Any weekend warriors should carry an umbrella today and tomorrow as Weather.com predicts a 70% chance of rain starting around 2 p.m. today and continuing through the early hours of tomorrow.

Today's Roundup lays out a review board's recommendations for the Charlotte-Mecklenburg Police Department after the agency wrongfully arrested a Charlotte-Mecklenburg Schools teacher in 2021. Speaking of CMS, new information shows that the driver of a dump truck was asleep when they crashed into a district bus, injuring 15 students on Tuesday. The Carolina Hurricanes are set to face the Boston Bruins in the penultimate game of the first round of the Stanley Cup playoffs and our weekend reading list and weather forecast provide more context.

What happened: A case of mistaken identity could result in disciplinary action against Charlotte-Mecklenburg Police Department officers. Members of the Queen City's Citizens Review Board voted 8-2 at a hearing on Thursday to ratify that CMPD Chief Johnny Jennings was incorrect for not punishing a group of officers who arrested Charlotte-Mecklenburg Schools teacher Jasmine Horne in June of 2021.

The decision now heads to Jennings and City Manager Marcus D. Jones, who could compel the chief to take corrective action. "This is the fist step in the right direction," said defense attorney Darlene Harris.

As we reported in January, CMPD officers arrived at Horne's home on June 14 while searching for a stabbing suspect who bore a similar name before pointing a gun at the teacher's face and snapping handcuffs on her wrists.

Why it matters: Despite the board's ruling, WFAE reports that the department is not required to heed any of its suggestions. Describing Thursday's eight-hour session to the station, Horne said she felt "confusion, frustration on the incident and what happened and procedures that could have been made that weren't."

What happened: The driver of the dump truck that sent a Charlotte-Mecklenburg Schools bus offroad into a metal fence on Tuesday was not conscious when the accident occurred. New details revealed in Charlotte police documents on Thursday show that the person behind the wheel of the truck, whose name has yet to be released, fell asleep while traveling west on Sharon Road West, near the corner of Shaonbrook Drive, around 6:30 a.m.

The truck then swerved left of the center line, where it met the school transport head-on while it was traveling to South Mecklenburg High School, roughly two miles away.

Why it matters: Of the 40 students onboard, 15 sustained non-life-threatening injuries and 14 went to the hospital. Emergency crews had to rend the bus and truck with the Jaws of Life to free their pilots; the dump truck driver is still recovering from life-threatening injuries, while the person behind the wheel of the bus was cleared of their injuries in the hours after the crash. The Charlotte-Mecklenburg Police Department has yet to announce whether the drowsy driver will face charges.

The news comes as The Charlotte Observer reports Mecklenburg County to be the most prone to school bus accidents in all of North Carolina.

Over the past two weeks, the Carolina Hurricanes have been slowly hashing it out with the Boston Bruins in the first round of the Stanley Cup playoffs. That trend is set to consider this Saturday when the teams square off in Game 7 to see who will advance to the next round, which will see this weekend's winner face either the Pittsburgh Penguins or New York Rangers.

The Hurricanes could hammer the home-field advantage against the Bruins; Saturday's game takes place in North Carolina's capital and, so far this series, neither team has won away from home. The playoff berth is the Hurricanes' fourth postseason NHL appearance in as many years. The team fell to Boston in the conference finals in 2019, was again brutalized by Boston in the first round of 2020 and was lambasted by the Tampa Bay Lightning in 2021, per Champs or Chumps.