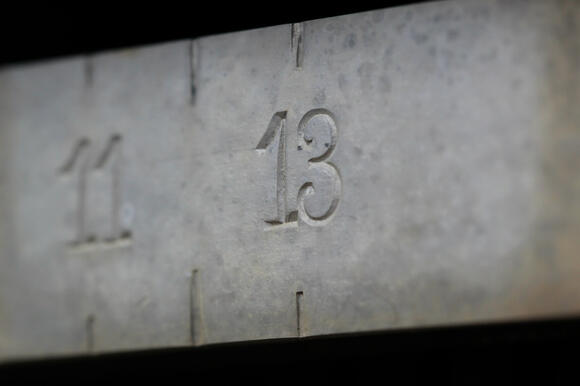 (CHARLOTTE, N.C.) Good morning, Charlotte! Readers' warm weekends will transition into a similarly sunny workweek, with Monday, May 9 kicking it off with a Vitamin D-infused sky and 74-degree high. Tuesday and Wednesday continue the clear-skyed trend, but expect clouds on Thursday and high chances of rain on Friday and Saturday, according to Weather.com.

As weather grows warmer, studies show that violent crime rates tend to increase, and starting off this week's Roundup we recount a pair of fatal and nonfatal shootings that left people injured in south and west Charlotte. CMS is entering the new week with fresh guidelines to hire and retain principals and, not forgetting Friday the 13th, we take a look at haunted locations in North Carolina.

What happened: Within two weeks of replacing former Superintendent Earnest Winston with acting district leader Hugh Hattabaugh, Charlotte-Mecklenburg Schools has announced new strategies in the hopes of acquiring and keeping quality staffing. Via $7,500 bonuses, the school system intends to add 15 principals and teachers across 10 district buildings. Spanning elementary, middle, high and specialty schools, the buildings all ranked within the bottom 5% of student performance in North Carolina in 2018.

Some CMS administrators who have been with the district since 2008 said the new policy echoes a Strategic Staffing initiative introduced under ex-Superintendent Peter Gorman, which referred to the district's loss of staffing as a "cycle of failure" at the time.

Why it matters: One of the chief complaints that lead to Winston's termination in late April was an apparent delay in implementing the district's 2024 Strategic Plan, one of the goals of which is to reduce learning disparities at some of the schools that can expect new hires. All considered high-poverty schools, the following buildings can expect new staffing:

2. Weekend shootings: One killed at apartment, another injured at shopping center

The period of May 6-8 added one name to Charlotte's list of 2022 homicides due to a shooting while another gun violence incident left another person injured.

Fatal south Charlotte shooting: The first shooting occurred in the early hours of Sunday at Granite Point Apartments, located on Deep Rock Circle in the south Charlotte neighborhood of Montclaire South. Upon arriving at the residential complex in response to reports of a shooting, Charlotte-Mecklenburg Police Department officers located a victim with gunshot wounds and emergency services personnel pronounced him dead at the scene. The CMPD has since a initiated a homicide investigation but has yet to release the victim's name or a possible motive.

Nonfatal shopping center shooting: The victim has also yet to be named in a separate gun violence incident that took place Sunday evening, at the strip mall near the corner of Little Rock and Tuckaseegee roads. Officers arrived shortly after the shooting was reported at 8 p.m. to find an individual with "life-threatening" bullet wounds, transporting him to a nearby hospital and closing a portion of Tuckaseegee Road in west Charlotte.

Whether you prefer to put stock in prospective phantoms or not, Friday the 13th is a good time to get in touch with your spooky side. With a history tracing the Queen City's lineage back through 250 years, Charlotte is naturally a lightning rod for paranormal purveyors. With this upcoming weekend bringing the only unlucky Friday of 2022 to town, here are a few supposedly sanctified sites where readers can spot spirits:

More stories out of Charlotte on May 9: