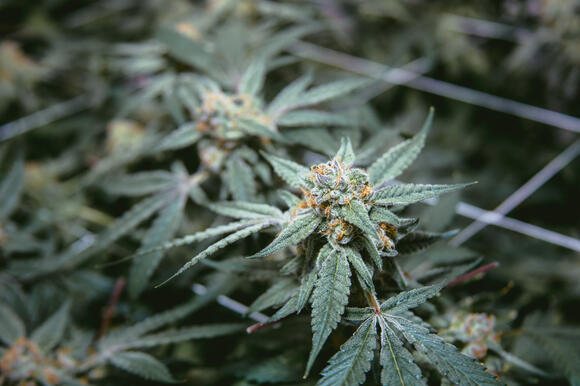 Both North and South Carolina lack medical marijuana after the southern state's legislature killed a bill seven years in the making.(Jeff W/Unsplash)

(CHARLOTTE, N.C.) Good morning readers! It is Thursday, May 5, and as the fifth of the month aligns with the fifth month of the year, today's Roundup focuses on matching. South Carolina will not match the 37 states that have legalized marijuana for medical use after the state's legislators voted on the matter. We'll also discuss the new guilty plea matching a North Carolina resident to the Jan. 6 riot at the U.S. Capitol Building.

Matching similar car crashes to take place on Interstate 485 over the past few months, a man died on the highway's outer loop on Wednesday. Taking a look at landmarks in the Tar Heel State, we end today by highlighting efforts to preserve points of interest, including a former Coast Guard beacon that now sits dormant in North Carolina waters.

1. South Carolina lawmakers motion for no move on medical marijuana

What happened: A bill that would have made marijuana legally acceptable for medical use in South Carolina died on the state's House floor on Wednesday over concerns that it would create a new tax. First introduced to the South Carolina Legislature in December of 2020, S 0150 hit the House floor on Thursday with over 1,000 amendments added by legalization opponents.

Before lawmakers began deliberating for a final House vote, Republican Rep. John McCravy asked House Speaker Pro Tem Thomas Pope, also a GOP member, to assess the constitutionality of what WFAE reports to be a 6% fee on the health care hash. Deciding that the fee could be considered a tax, Pope declared the bill out of order. Of the 114 representatives in session, 59 agreed with him, effectively killing the legislation for the rest of 2022.

Why it matters: Along with its neighbor to the north, South Carolina remains one of 13 states to not have legalized cannabis medicinally and one of 32 to outlaw it recreationally. That prevents the Palmetto State from tapping into a $10 billion market enjoyed by states that have made weed legal.

What happened: Newton Grove, North Carolina resident William Todd Wilson became the third member of a prominent far-right group to plead guilty in connection to the Jan. 6 U.S. Capitol riot designed to overturn the results of the 2020 election. Wilson can face a maximum of 40 years in prison for his single counts of seditious conspiracy and obstruction of an official proceeding and will also be required to collaborate with the federal government's investigation into the attack.

Breaking the oath: That could aid investigators in learning more about the Oath Keepers, a right-leaning militia comprised primarily of former law enforcement members and military veterans. Court documents describe Wilson as the leader of the Keepers in Sampson County and revealed the following communications between him and other militia members prior to the attack:

Wilson is one of at least 18 North Carolinians and nearly 800 Americans to be charged for participation in the riot across the 16 months since the incident took place.

The third serious wreck to take place on Interstate 485's inner in Charlotte in the past month resulted in the death of a motorcycle driver on Wednesday. Around 12:30 p.m., the two-wheeler attempted to switch lanes at mile marker 39 near the city's Bradfield Farms neighborhood, just east of Harrisburg Road, while traveling at a high speed.

The biker connected with another vehicle, and emergency medical services staff pronounced the driver dead at the scene but did not release any additional details. Nobody else sustained injuries in the crash and the North Carolina Department of Transportation reopened the loop around 3 p.m. after clearing debris.

The accident comes roughly three weeks after a fatal hit-and-run crash near mile marker 12 that left 40-year-old Charlotte resident Cedric Latrone Jacobs dead on Easter Sunday. Also involving a motorcycle, the victim's three-wheeled bike exited the roadway after making contact with a 2011-2012 gray Honda Accord on the outer loop. Police are still searching for the suspect vehicle, per WBTV.

The driver of an SUV left the inner loop of I-485 with serious injuries on April 25 after making contact with a concrete barrier on the ramp leading to Interstate 77.

4. Preservation plot: Looking at efforts to save Charlotte's historic landmarks

Like any city founded in 18th century America, Charlotte's physical architecture is dominated by the swaths of people who have passed through the municipality in the proceeding 270 years. While the city contents with modern real estate issues including corporate landlords, short-term rentals and high-rise towers, other Charlotteans are focused on preserving properties from the past. Here are a few local landmarks to make recent headlines for architecture archiving efforts: