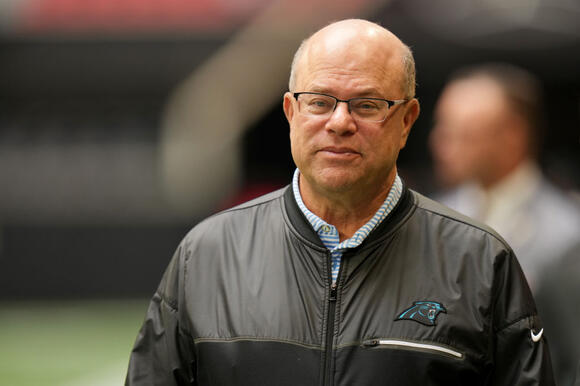 (CHARLOTTE, N.C.) Good morning, Charlotte residents, and welcome to a sunny Thursday, April 28 Roundup! Weather.com sets today's high of 75 starting at 4 p.m. and continuing through 7 p.m. with a somewhat rainy weekend ahead. Before that, with early voting for North Carolina's May 17 primary election beginning today, we take a look at candidates for Mecklenburg County Sheriff and how their discourse illuminates disturbances at the county jail.

Speaking of disturbances, Carolina Panthers owner David Tepper addressed his franchise's halted headquarters project in Rock Hill, the status of head coach Matt Rhule and Sam Darnold during a Wednesday press conference. Shoppers at the Whole Foods in SouthPark reported having their wallets wrangled from shopping carts and we preview the weekend early with a few events to attend around Charlotte.

1. Jail tales: Who is running for sheriff of Mecklenburg County, and how will they address detention center concerns?

What's happening: Early, in-person voting for North Carolina's rescheduled May 17 primary election started today and ends on May 14 at 3 p.m., allowing eligible residents to cast a ballot at one of the locations found here. In local municipal races, two Democratic Mecklenburg County politicians are campaigning to replace acting Sheriff Garry McFadden, the incumbent Democrat who took up the mantle in December of 2018.

Who's running: Below find brief descriptors of McFadden and his opponent along with brief discussions of how their campaign discourse has brought issues at the county detention center to the forefront.

Carolina Panthers owner David Tepper broke a nearly 500-day streak of no press conferences on Wednesday when he spoke at a briefing ahead of the NFL Draft. Here's what the team owner, described by The Observer as "careful," said about three main topics:

Shopping at Whole Foods isn't recognized as a particularly cheap experience, but customers of the Amazon-owned grocer's location in SouthPark reported losing more money than usual during recent trips to the store at 6610 Fairview Rd. After browsing with her purse in cart and checking out via her phone per usual, Amanda Long told WCNC that she began receiving texts from her bank asking about possible fraudulent purchases.

Whoever had taken her card apparently went straight to the nearby SouthPark Mall, where Long's savings nearly turned into $2,000 worth of Apple Store products and $4,000 in Nordstrom clothing before her bank denied both buys.

In other news of common thefts in Charlotte, Spectrum News reported that local police are looking to address gun thefts from vehicles after reporting 239 guns had been collected from cars since the start of 2022.

The continuing schedule of warmer weather in the Queen City gives readers reason enough to leave the house, and Charlotte's event runners are ready to meet them with events to match, from a festival celebrating outdoor activities to a pop-up cocktail bar that absconds from alcohol. Here's what to do between April 29 and May 1.