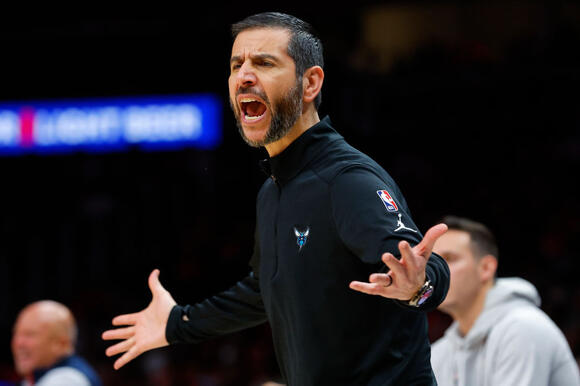 (CHARLOTTE, N.C.) Marvelous Monday, QCR readers! Entering a fresh week, today's Roundup is out with the old, in with the new as the Charlotte Hornets prepare to conduct an offseason hunt for a new coach after firing head coach James Borrego following four seasons. In weekend news, a driver sustained serious injuries in the second accident to take place on Interstate 485 in a week, and a North Carolina court will have some say in how short-term rentals like Airbnbs will function in the Queen City.

It is Monday, April 25, and here's what every resident of Charlotte needs to know until tomorrow.

What happened: After the Charlotte Hornets bowed out of the NBA Play-In Tournament with a 132-103 loss to the Atlanta Hawks on April 13, the team decided on Friday to part ways with head coach James Borrego, who brought the 'Nets 138 wins and 162 losses since joining the franchise in 2018. Prior to that, Borrego spent 2016, 2017 and 2018 with the San Antonio Spurs after a two-year stint with the Orlando Magic.

Hornets GM Mitch Kupchak thanked Borrego for his "hard work and commitment" during his tenure with the team, adding that he "is a tremendous person" and leaves behind a class of "talented, young core... players."

Why it matters: Of Borrego's four seasons with the Hornets, the most recent was the sweetest for the shot-caller, who won 43 and lost 39. The termination means the Hornets will have to conduct and complete a coaching search prior to October when the NBA season typically begins. Also beginning is the speculation period as fans wonder who will break in for Borrego and At The Hive took a look at possible picks for his replacement.

While traveling along the exit ramp bridging the inner loop of Interstate 485 with Interstate 77, the driver of an SUV collided with a concrete barrier, seriously injuring the driver inside around 2:30 a.m. on Monday. Few details have been released on the incident, but the North Carolina State Highway Patrol is looking into the matter after reopening the ramp around 4 a.m. The driver of the SUV went to a nearby hospital for treatment.

In the meantime, state troopers are also in the midst of investigating the hit-and-run death of Cedric Jacobs, who was riding a motorcycle on the outer loop of I-485 near Moores Chapel Road in west Charlotte around 9 a.m. on April 17. Police reports indicate that the offending vehicle hit the back of another car before pivoting to a nearby lane and striking the bike, and officers are searching for the dark gray Honda Accord 2011-12 model that is believed to have caused the accident.

Recalling Jacobs to The Charlotte Observer, the victim's wife, Rayetta, described her husband as "a people person" who "loved life... to .travel... [and] his family," while Octapharma Plasma, a lab where Jacobs served as senior center director, paid heed to his "energy and dedication." He leaves behind a trio of boys, aged 11, 17 and 19.

3. Short-term scrutiny: NC court weighs in on Airbnbs, other services in Charlotte

What's happening: As Charlotte prepares to adopt a sweeping overhaul to its municipal ordinances this year, one sticking point that has pervaded throughout the process is undergoing scrutiny in a North Carolina court: the city's policy on short-term rentals services like Airbnb and Vrbo.

Under rules proposed in the city's Unified Development Ordinance, a single property can be used as a short-term rental, bed and breakfast or boarding house at one time and requires short-term rentals to be separated by 400 feet, but city officials are preparing the review the latter requirement.

Some rental property managers or owners, who say they rely on their rental properties to earn income, are opposed to the spacing, while other residents would prefer for such units to be separated to keep homes open for ownership or traditional leases.

Why it matters: The city recently concluded the first public engagement period on its 608-page UDO rulebook in March and is planning on releasing a second draft of the document in May, with third and fourth versions to follow in June and July. The next revision could include different rules for short-term rentals after Charlotte Mayor Vi Lyles ordered a special meeting to discuss the UDO with City Council on May 5. Future Roundups will fill readers in on the latest rental regulations.

More news circulating in the Queen City on April 25: