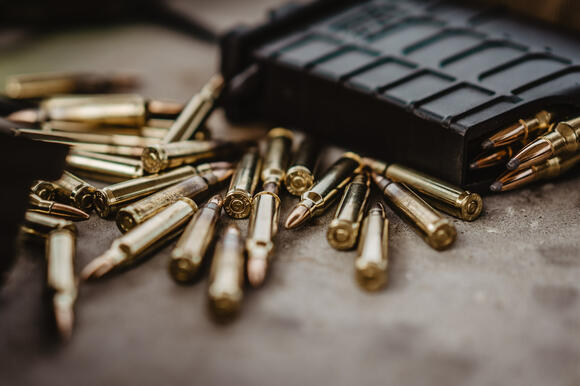 In today's news, the Roundup recaps a few shootings that resulted in one person dead and another injured in Charlotte over the weekend, as well as the incident that left 10 people injured in Columbia, South Carolina. In news of expansion, the Queen City added new bike lanes and a pair of hospital systems receive approval to add beds to their local medical centers.

Both North and South Carolina faced gun violence incidents, with Charlotte seeing two fatalities and one injury due to shootings while the cities of Columbia and Furman, South Carolina witnessed at least 23 people injured in a pair of mass shootings over the weekend. Here are brief rundowns of each incident:

South Carolina shootings — A nightclub and mall in South Carolina became the sites of mass shootings that left a total of 23 people injured and contributed to a total of three large-scale gun violence incidents in the United States over Easter weekend, per ABC.

2. Bunking up: Novant, Atrium to add over 120 Meck. Co. beds after state approval

What happened: A pair of prominent Mecklenburg County hospital systems are preparing to expand their patient capacity by over 100 combined after the North Carolina Division of Health Service Regulation gave Atrium Health and Novant Health the go-ahead to add beds to four local medical centers.

According to filings on the NCDHS website, Atrium Health University City will gain eight acute care beds, Atrium Health Pineville will bring in 25 beds and Atrium's Carolinas Medical Center will bump up its stock with 75 bunks. Over on Hawthorne Lane, Novant Health Presbyterian Medical Center will eventually have up to 512 acute beds after receiving approval to acquire 15.

An additional 30 Atrium beds will come courtesy of the health care provider's Atrium health Lake Norman facility in Cornelius, which is slated for a 2024 opening, per WFAE.

Why it matters: The ongoing COVID-19 pandemic revealed a need for hospitals to increase their ability to care for patients throughout the world, with high patient counts and a shortage of nurses causing medical personnel to experience intense burnout, WCNC reported. Approved in March, these new beds should allow local hospitals to field more inpatients as North Carolina averages over 350 coronavirus-related hospitalizations per week.

What happened: As part of its CycleLink Program, the city of Charlotte cut the ribbon for riders to enjoy a new, 2.5-mile stretch of sectioned-off bike lanes that connects various routes in Uptown on Saturday. Known as the Fifth and Sixth Street Protected Bicycle Lane initiative, the new lanes are separated from the car-carrying roadway by a small concrete median and bridge bikers between the Irwin Creek and Little Sugar Creek greenways and the Charlotte Rail Trail.

Why it matters: The refined roadways will eventually link the 40 miles of bike lanes that wind their way throughout Charlotte to one another, once CycleLink has finished work on seven miles of new pathways. The measure shows the city is willing to hear the concerns of its residents, 4,000 of whom requested the paths along with nonprofit Sustain Charlotte in 2016.

The news comes as Charlotte looks to distance itself from gas-fueled vehicles, but The Charlotte Post recently wondered whether public transportation or individual cars would be best for more impoverished residents.