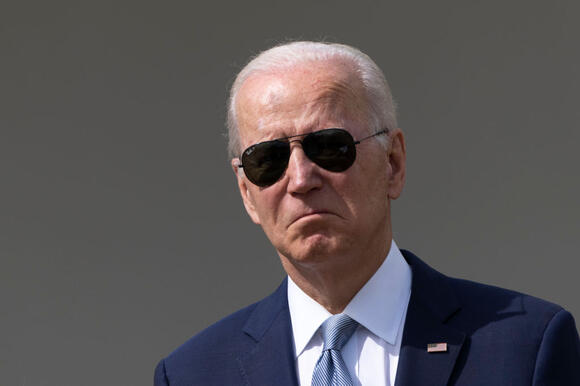 Amid high gas prices and the war in Ukraine, U.S. President Joe Biden will visit a historically Black university in Greensboro on Thursday.(Drew Angerer/Getty Images)

(CHARLOTTE, N.C.) Good morning, readers! This warm Wednesday, April 13 will start out with temperates in the mid-60s before plateauing at 82 degrees around 6 p.m. Today's Roundup takes a look at President Joe Biden's planned Thursday visit to North Carolina A&T State University to detail the battle against economic inflation. Speaking of leaders, Mecklenburg County's commissioners discussed the effects of corporate property ownership and solutions to mitigate the issue.

What happened: During their budget and public policy meeting on Tuesday, the Mecklenburg Board of County Commissioners took up the issue of the county's 13,600 housing properties owned by Wall Street-backed companies. Possible solutions include capping rental property prices or forcing rental properties to transition to homeownership.

Mecklenburg Commissioners Mark Jerrell called the practice of large corporations buying and leasing properties "disgusting" and said it takes "advantage of the most vulnerable" and "most marginalized" people in the Queen City.

The bigger picture: The commissioners' discussion follows a new study by Florida Atlantic and Florida International Universities that shows Charlotte has the 10th-most overvalued housing market in the United States, per WCCB. WSOC recently spoke to a North Carolina realtor who expressed frustration with the city's housing market, which is lucrative for sellers but less of a boon to buyers.

Corporate landlords may be especially concerning to prospective home buyers because they are able to acquire homes for below market value; 93.5% of the corporate-held homes in the county were purchased for $300,000 or less. Compare that to the average home sale price of $374,500 in 2021, per Roofstock.

What's happening: For his first 2022 trip to the Tar Heel State, U.S. President Joe Biden will speak at North Carolina A&T State University in Greensboro about how his administration plans to combat inflation and to strengthen the country's supply chains on Thursday.

Based on student population, NC A&T is considered the largest Historically Black college in America, and the president will use the soapbox to discuss his Building a Better America initiative, which includes the Bipartisan Infrastructure Law.

The bigger picture: The Guardian reported on Tuesday that inflation rates witnessed an 8.5% spike nationwide over the past year, putting the U.S. at its highest price hikes since 1981. Harry Williams, who presides over the Thurgood Marshall College Fund that supports HBCUs, told The Charlotte Observer that the visit "sends a clear message" that Biden will engage consistently with HBCUs.

What else has been on the president's plate? Biden's visit to the HBCU comes amid a turbulent time for the world leader, whose administration is planning on sending a new shipment of weapons to Ukraine as he attempts to keep gas prices low at home by OK'ing the sale of high-grade ethanol.

3. Cocktails in Charlotte: Enjoy 'Alice in Wonderland' themed alcohol and virgin drinks over the next 2 months

Whether readers have an appetite for alcohol or prefer to circumvent the sauce, a pair of experience-focused drinking events with alcoholic and non-alcoholic drinks are preparing to descend on Charlotte.

The first arrives April 30, the last Saturday of the month, moseying in with mocktails and giveaways. Dubbed Sans Bar, Chris Marshall's traveling vendor of virgin libations will set up shop at The Giddy Goat Coffee Roasters location in Plaza Midwood between 7 and 10 p.m. Coming as part of a national tour that will also bring beverages to Philadelphia, Minneapolis, Los Angeles and New York, readers can purchase tickets to the Sans Bar pop-up starting at $50 here.

In Lewis Carroll's "Alice in Wonderland," the eponymous protagonist follows the instructions on a bottle inscribed with "Drink Me," only to shrink to roughly a sixth of her body size. The drink is described as having blended notes of cherry tart, custard, pineapple, roast turkey, toffee and hot buttered toast, and readers can learn what the potion would taste like outside of the rabbit hole when "The Alice: An Immersive Cocktail Experience" transforms a secret location on Yancey Road into a tea party setting between May 25 and July 24.

The location of the temporary cocktail bar will be kept hidden until attendees purchase their $45 tickets, which allow entry into the 90-minute event, its two complimentary cocktails and a slice of cake that reads "Eat Me." The interactive nature of the event will task readers with solving challenges issued by the Cheshire Cat and swing flamingos like croquet mallets.

Starting Monday, readers who call the Interstate 277 loop part of their daily commute through Charlotte may experience delays when traveling the route at night as the North Carolina Department of Transportation begins work on a 1.3-mile stretch of the highway. The work will focus on the following three bridges through April 22:

The closures will occur nightly and come as the transportation agency works to mend bridges between 10th Street and Interstate 77, which bridges Uptown to Huntersville and Mooresville..