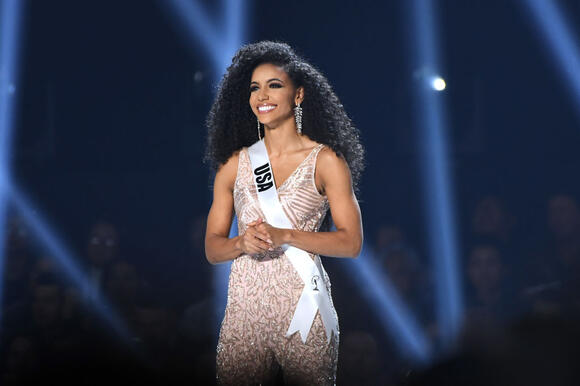 Former Miss NC, Miss USA and Charlotte lawyer Cheslie Kryst pictured at the Miss Universe Pageant in 2019, where she placed in the top 10(Paras Griffin/Getty Images)

(CHARLOTTE, N.C.) Good morning, QCR Readers! It is Monday, Jan. 31, making this the last Roundup of the month. But we will discuss some firsts. Mecklenburg County is getting its first behavioral health center with the backing of former Panthers wide receiver Steve Smith, and we'll tell readers what he said about it.

For the first time in three weekends, Charlotte received less than an inch of snow, but other parts of North Carolina weren't so lucky. Charlotte lawyer and former Miss USA Cheslie Kryst died at the age of 30 on Sunday, and we'll let readers know about her advocacy in North Carolina.

For the first time in a while, lines at COVID-19 testing sites in Charlotte are decreasing. The Roundup gives readers the latest numbers and a list of sites to get tested and vaccinated against the coronavirus. 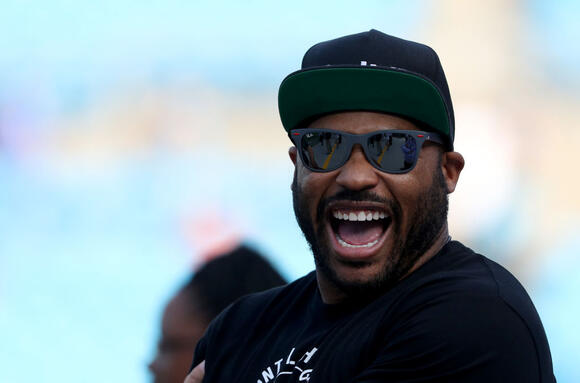 What happened: Mecklenburg County is getting its first medical facility dedicated to mental health, and former Panthers wide receiver Steve Smith will help pay for it. Smith told the Mecklenburg County Board of Commissioners last week that, as a domestic violence center, he understands "that the things that you need to address starts with mental health."

Per QCNerve, the county will spend $2 million to bring the Smith Family Behavioral Health Urgent Care Center online and invest $750,000 in operational fees each year. In addition to the Steve Smith Family Foundation, Alliance Health and Daymark Recovery Services will provide funding.

The new center is set to open at 616 Colonnade Drive in east Charlotte in January 2023, WBTV reports.

Why it matters: According to the American Hospital Association, behavioral health care offers fixes for a litany of issues including substance abuse and suicide.

Commissioners chair George Dunlap said the facility "will allow Mecklenburg County to provide even more mental health services to support the community," at a press conference broadcast at 9 a.m. on Monday.

According to CNN, Kryst was a bit of a renaissance woman, not only modeling and blogging about fashion but also working as a civil defense attorney to keep prisoners out of the justice system. The Miss USA and Miss NC victories came in 2019 when she was 28.

After that, the Wake Forest University graduate served as the first diversity advisor for North Carolina-based law firm Poyner Spruill and worked as a correspondent for Extra TV. Poyner Spruill recalled Kryst in a statement posted to their website Sunday:

Cheslie Kryst was a light that radiated every room she entered. She was a passionate advocate both in and out of the courtroom. She deeply cared about people and everyone who worked with her was better for it. She was such an inspiration to us all, and we were proud to call her a colleague and friend.

It snowed in Charlotte this weekend, but only 0.2 inches fell, considerably less than the maximum of two inches that meteorologists predicted last week. It's also a fraction of the 10 inches recorded on Mount Mitchell in Yancy County and pales in comparison to the 30 inches that AccuWeather reports hit Stoughton, Massachusetts as part of a massive nor'easter.

Airlines canceled 150 flights at Charlotte Douglas International Airport and the city's homeless shelters expanded bed capacity and hours in advance of the storm.

So what's next? After three weekends of light snowfall, the first weekend of February could see that trend continue on Feb. 6, with a 44% chance of rain that could turn into snow as the evening winds down. But, between now and then, temperatures will remain moderate, per Weather.com.

A sunny Monday caries a high of 56, Tuesday will also see sunshine capping out at 55, while Wednesday through Friday will bring more clouds and temperatures in the 60s to the Queen City. There is a 70% chance of rain on Thursday.

After distributing free at-home COVID-19 testing kits and masks to residents on Saturday, Mecklenburg County Public Health Director Dr. Raynard Washington said demand has decreased for tests over the past three weeks. Sick or exposed residents will get priority, but Raynard said the county has "plenty of supply."

The numbers: Data on the county's COVID-19 dashboard confirms this, as 31,494 test results were reported on Saturday, down from 49,367 on Jan. 23. The county's percent positivity rate has decreased along the same timeline, standing at 28.7% Saturday after peaking at 32.8% on Jan. 23.

The North Carolina Department of Health and Human Services' dashboard showed an average of 3,034 cases per 100,000 people in Mecklenburg County over two weeks, down 128 from Thursday.