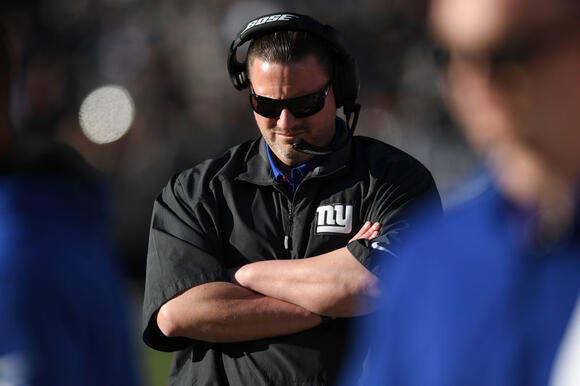 (CHARLOTTE, N.C.) Good morning, Cardiac Cats fans! The Panthers selected a new offensive coordinator after cutting former OC Joe Brady from the coaching lineup in early December. An ex-Rock Hill police officer is appearing in court this week for charges arising from a controversial arrest that caused protests in South Carolina in 2021.

It is Tuesday, Jan. 25, and here's what every resident of the Queen City needs to know until tomorrow.

What happened: Former Rock Hill police officer Jonathan Moreno started trial on Monday for a misdemeanor charge of third-degree assault and battery stemming from what prosecutors called a "false arrest and malicious prosecution" in June of 2021.

The incident resulted in Moreno's termination the next month after officials reviewed body camera and surveillance footage of the officer forcibly handcuffing brothers Ricky and Travis Price on June 23 at the Valero at 329 Willowbrook Avenue.

Jurors viewed the video, which can be seen below, during the first day of the trial. Viewer discretion is advised. Kevin Brackett, the solicitor for York and Union counties, used his opening statement to tell the eight-member jury that "no one is above the law." Moreno told jurors the incident was a "misunderstanding."

Why it matters: In addition to the firing of Moreno, the arrest led to 13 additional arrests during two days of protests against Moreno's actions in Rock Hill.

What happened: After skimming through a laundry list of potential offensive coordinators, the Panthers announced on Monday that former New York Giants head coach Ben McAdoo will call shots for the Cats' offense.

McAdoo is set bring his two years of coaching the Giants in 2016 and 2017, one season of coaching quarterbacks for the Jacksonville Jaguars and his year of consulting for the Dallas Cowboys to the Panthers' table.

Why it matters: Carolina fired former OC Joe Brady on Dec. 5 following less than two seasons with the team. The Panthers averaged 21.8 points per game during the 2020-21 season, going 5-11. The Cardiac Cats won five and lost seven prior to Brady's departure last season. Since then, senior offensive assistant Jeff Nixon has been running the show.

The numbers: The North Carolina Department of Health and Human Services' latest COVID-19 data showed a record-high 4,896 coronavirus-related hospitalizations and 18,452 new cases of the virus on Monday. While the inpatient figure has steadily risen since the start of January in the Old North State, the new cases represent a recent low, with over 30,000 new cases on Friday and Saturday. The agency also announced 96 new deaths due to COVID-19.

New subvariant: On Monday, CBS17 reported that Duke University epidemiologist Dr. Cameron Wolfe said a subvariant of the omicron variant of COVID-19 had reached North Carolina. Known officially as BA.2 and unofficially called "stealth omicron," the incognito variant has been detected in 40 countries over multiple continents, leading to widespread infections in Denmark, per Newsweek.

"I think it’s a little bit too early to tell what it’s going to do across different countries, but what they are seeing in Denmark is that it is moving between people very, very quickly,” Dr. Pia MacDonald of nonprofit research institute RTI International told the CBS station. “It very quickly overtook and is on its way to being the dominant variant.”

Testing and vaccination locations: Mecklenburg County announced on Monday that three new MAKO Medical Laboratories-run locations would be joining its list of COVID-19 testing sites starting today. County residents can now get tested at the Park Expo Center in Charlotte, the First Baptist Church of Cornelius and R.C. Bradford Park in Huntersville. More information can be found here and Mecklenburg vaccine providers are listed on this page.

Without giving a reason, American Airlines announced on Monday that it had canned thousands of March flights throughout the United States. Charlotte Douglas International airport will see at least 800 fewer flights, canceling travel plans for over 16,000 passengers set to either depart from or arrive at CLT.

Untimely flights are not a new phenomenon at Charlotte's airport. On Saturday, snow grounded 194 flights and delayed 206 others heading to or from CLT. Another 136 flights were canceled and 234 were postponed on Friday.

In other news concerning the airport and American Airlines, at least passengers don't have to worry about having enough flight attendants. The Piedmont Flight Attendants union announced on Jan. 20 that it had reached a preliminary agreement with the American Airlines-owned Piedmont Airlines.

The union voted unanimously in November to authorize a strike at CLT in hopes of increasing wages and benefits, and WCNC reported that the tentative agreement seems to have assuaged Piedmont attendants' desires. The union will vote on the proposed contract changes before adopting them.