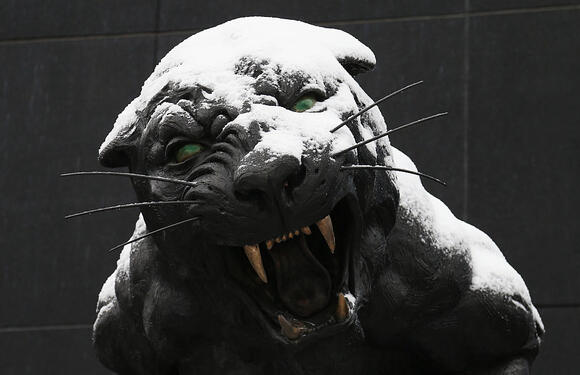 (CHARLOTTE, N.C.) Good morning, QCR readers! Hopefully, readers enjoyed a safe and warm weekend after 1.9 inches of snowfall broke a record that was nearly four decades old in the Queen City and prevented some drivers from tackling dangerous roads.

By the end of today, that snow will be gone — sun-induced temperatures will stretch into the upper 50s around 3 p.m. before slinking back down to 34 tonight with a high of 60 for Tuesday. In other news, Charlotte-Mecklenburg Schools wants to package new apartments for students and staff along with two proposed school buildings.

Atrium Health asked the federal government for help in dealing with COVID-19 and the Charlotte area is getting a new donut restaurant that combines doughy circles with a Japanese treat around the start of the summer.

It is Monday, Jan. 24, and here's what every resident of the Queen City needs to know until tomorrow.

What happened: The two inches of snow that meteorologists predicted for Charlotte this weekend came true, with 1.9 inches falling on Saturday. Per the National Weather Service, more snow is expected for parts of the Southeast U.S. overnight on Monday but North Carolina is out of range.

Why it matters: The storm broke a Jan. 21 record that had stood in the Queen City since 1983, when one-half inch dusted Uptown and the rest of the city. Saturday's nearly two inches also made roads slick, prompting the NWS to urge drivers to stay off streets until Sunday. Charlotte emergency crews responded to nine accidents between midnight and 7 a.m. on Saturday.

This weekend's falling flakes did not, however, have as much of an impact on local school districts or residents' electricity as the Jan. 16 storm. Duke Energy's outage map showed 10 power outages in Charlotte as of Monday morning. Charlotte-Mecklenburg Schools and Metrolina's other large districts did not cancel school on Monday.

What happened: Administrators at Charlotte-Mecklenburg Schools want to open two new schools and nearly 800 new living quarters to go with them by the fall of 2023.

Last week, the district petitioned Charlotte City Council for permission to build 349 residential units near an elementary school set to go across the street from its Ardrey Kell High School in Provincetown. Administrators also want to construct over 400 residential apartments and housing units to accompany a high school proposed for Ballantyne, just north of Interstate 485.

Why it matters: Many of the proposed Provincetown school's neighbors, however, are not on board with the school board and Woodfield Development, which would construct the new housing in townhomes and apartments, for traffic reasons.

Per WSOC, one resident said the new school and apartments would put "further strain" on the area, while Charlotte Councilman Ed Driggs said, "it takes ages to get through there." Dennis Lacaria, CMS' real estate director, told Council that the schools are "badly needed" and would "improve traffic in both areas."

Council is expected to vote on the petitions at the next zoning meeting on Feb. 21.

Learn more about how CMS secured the funding for the new schools Below the Fold.

3. Atrium calls on FEMA for extra workers amid COVID-19 surge

Atrium Health, which operates of Charlotte's largest hospital, issued a request for additional staff members to aid in the ongoing surge of the omicron variant of COVID-19. Atrium partnered with the North Carolina Department of Health and Human Services to ask the Federal Emergency Management Agency to send workers who can help with coronavirus operations.

The numbers: The news comes as Mecklenburg County scales back contact tracing, per WBTV. The NCDHHS reported 35,395 new COVID-19 cases and a pandemic record of 4,867 coronavirus-related hospitalizations on Friday. Mecklenburg County's 14-day average for new cases per 100,000 residents was 3,212 the same day.

Los Angeles-based donut chain Mochinut had a big year in 2021, opening 50 locations internationally, and now looks to bring its American-Japanese fusion concept to Charlotte. The new shop is set to open on Centrum Parkway in Pineville, about 15 minutes south of Uptown, in either May or June. When it arrives, Mochinut will offer a rotating lineup of its eight-in-a-row donuts, inspired by Japanese rice balls called "mochi," along with Korean corn dogs and boba milk tea.

Speaking of restaurants, Charlotte's restaurant week is still on through Jan. 30. More than 70 Queen City restaurants are serving up a "Queen's Feast" of three-course meals between $30 and $45 per person, and this year's event welcomes eateries from outside Mecklenburg County, according to WCNC. Learn more about the food-forward festival here.

CMS buildings, continued: Both new schools make use of a $922 million bond that voters approved for CMS in 2017. The bond will also aid the district in building two new elementary facilities in the eastern half of Charlotte, WFAE reports. Those buildings are set to open in August of 2023.