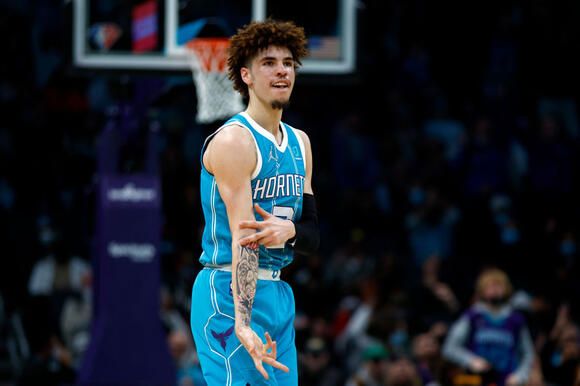 (CHARLOTTE, N.C.) Good morning, Queen City Roundup readers. Today is Tuesday, Jan. 11, and it is chilly but sunny. Temperatures in Charlotte are set to hover around the high 30s this morning, peaking in the low 40s around 3 p.m. before decreasing to the mid-20s overnight. Wednesday is expected to be partly cloudy.

Mecklenburg County released new COVID-19 data on Friday, showing increases in positive infections, hospitalizations and deaths. We'll tell you how those compare to North Carolina's numbers, and where you can find a test or vaccine in Charlotte. Yesterday's Roundup covered staff shortages at Charlotte-Mecklenburg Schools, and today's covers a fight-induced lockdown at the district's Harding High School.

County data: Mecklenburg County's most recent record-breaking increase in COVID-19 increases came Dec. 28, when the county reported 3,494 new cases of the virus, more than double the previous record of 1,461 cases on Jan. 4, 2021. The numbers come from the county's latest coronavirus press release on Friday. The county's previous release came in early December.

State data: New data from the North Carolina Department of Health and Human Services showed 18,254 new cases on Monday, 23,857 cases on Sunday and a record-setting 29,069 new infections on Saturday. Per The News & Observer, the state's health department also added 66 deaths due to COVID-19 for a total of 19,685 fatalities since the pandemic started in March of 2020.

What happened: Mecklenburg County may have broken COVID-19 records, but Charlotte-Mecklenburg police broke up a fight at Harding University High School on Monday. Officers say they went to the Alleghany Street school around 9 a.m. after receiving a report of an altercation between multiple students. Nobody had to go to the hospital, but Queen City News reports that officers detained two people.

Why it matters: This isn't the first time police visited Harding this school year. Officers found one of 23 guns confiscated from CMS campuses at the school in west Charlotte in November and police responded to the building last month after a student pepper-sprayed a coach and another student.

What else: Monday was also the start of CMS students' first full week back to school after winter break, and the district announced that 1,249 students and 615 staff members had tested positive for COVID-19 during the first, four-day week of classes, Jan. 3 through 9. CMS' COVID-19 dashboard shows 1,983 students in quarantine and 690 staff members in isolation.

A grand jury indicted 50-year-old Daniel Leon Morgan for a felony and a handful of other charges after he was fatally crashed into Charlotte-Mecklenburg Police Department Officer Mia Goodwin on Dec. 22.

The High Point, North Carolina man faces charges of involuntary manslaughter, misdemeanor death by vehicle, failure to reduce speed and felony failure to move over for stopped emergency vehicles. He is also charged with displaying a fictitious tag in the 18-wheeler.

Police said Morgan was driving a tractor-trailer when he collider with another 18-wheeler, hitting Goodwin and three other officers on the shoulder of Interstate 85 in northeast Charlotte last month. The other officers recovered from their injuries but Goodwin, 33, died at the scene.

Well, maybe "maul" isn't accurate — hornets don't bite, but they do sting, and that's just what Charlotte did when they stepped onto the court for their second home game against the Milwaukee Bucks last night. Terry Rozier scored 27 and LaMelo Ball stepped back into the spotlight with 23 points, including the Hornets' game-winning score, to end the game at 103-99.

The Hornets also swept the Bucks on Saturday, winning the first of the two-game series 114-106. Charlotte is now ranked squarely in the middle of the Eastern Conference leaderboard, sitting in the eighth spot with 22-19 overall. The Charlotte team now hopes to fillet the 76ers in Philadelphia at 7 p.m. tomorrow.

In other CMS news: The Charlotte-Mecklenburg Schools Board of Education is expected to vote on a change to district voting maps this evening, per WFAE. Stephanie Sneed, who chairs the Black Political Caucus of Charlotte-Mecklenburg, said that board member Carol Sawyer folded the district's second precinct into her own District 4, gerrymandering Sneed out of the equation.

Sneed attributed the move to her 2017 bid against Sawyer, which she lost, while Sawyer said the move allowed the CMS to keep Matthews in a single district.