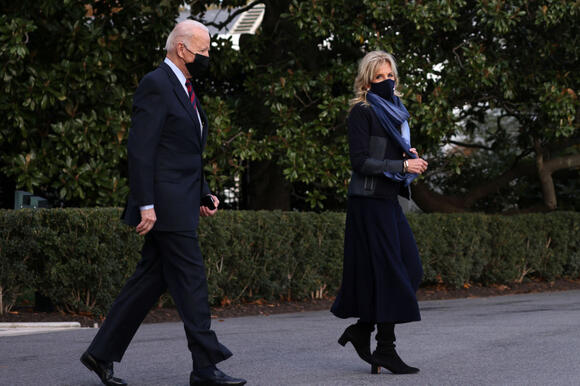 (CHARLOTTE, N.C.) Good morning, Charlotteans! It's Tuesday, and that means tomorrow is Thanksgiving Eve when the Novant Health Thanksgiving Parade returns after a 2020 hiatus on a new date. The bottom of the roundup continues our weeklong event previews with information on the parade, including weather, floats and road closures. Before that, we explain what the Atrium Health Innovation District could bring to the Queen City after Charlotte City Council voted to approve tax incentives for a proposed medical school's surrounding infrastructure.

The roundup also checks in on the Charlotte Hornets, who defeated the Washington Wizards last night, and we recap President Joe Biden's visit to North Carolina, where he handed out Thanksgiving meals to soldiers at Fort Bragg.

Today is Tuesday, Nov. 23, and here's what every Queen City resident needs to know.

What happened: It looks like the Atrium Health Innovation District we mentioned yesterday may be coming to fruition. During their meeting last night, Charlotte City Council unanimously voted to give the OK to Atrium to divert 90% of the property taxes earned from the district back to the hospital system. Now it's up to the Mecklenburg County Commissioners to discuss the idea and approve a similar agreement. In total, Atrium has requested $75 million from the city and county.

Why it matters: The Innovation District would surround Charlotte's first medical school, bringing a new, 800-space public parking garage, 350 new housing units (5% of which will be affordable) and 11,500 new jobs to the city by 2024. Atrium has also pledged 14 acres of land near the Lynx Blue Line to build 400 affordable housing units.

What happened: The Charlotte Hornets defeated the Washington Wizards 109-103 on the road on Monday. LaMelo Ball emerged as the Hornets' star player in the game, adding 28 points, 13 rebrounds, seven asissts and three steals to his record. Charlotte went into halftime leading 59-50, but the outcome was less clear-cut by the final minute of the game. Per ESPN, Wizards player Kentavious Caldwell-Pope brought the score to 105-103 with a last-minute three, but Charlotte guard Terry Rozier swooped in with a final three-pointer to put the game in the bag for the Hornets.

Why it matters: The Hornets' victory brings the team to a 11-8 record for the season and has them standing firm as the fifth best team in the Eastern Conference. They're still ranked lower than the 11-6 Wizards, but Charlotte has met with success in six of its last seven outings. Hopefully the team will continue to perform well in its next game against the Orlando Magic in Florida at 7 p.m. on Wednesday. The Orlando team is ranked last in the East, having won four games and lost 14 this season.

What happened: President Joe Biden visitied Fort Bragg, North Carolina along with first lady Jill Biden on Monday. The two came to the Tar Heel State to distribute free Thanksgiving meals to U.S. Army troops stationed at the military base, with Joe wielding a stuffing spoon and Jill in charge of the mashed potatoes. During the visit, the President said the following:

"I want to thank not only the warriors, I want to thank your family because they stand and wait. I know how hard it is to have someone that's not at the table on a holiday, that are in harm's way, find themselves out of the country."

Why it matters: Biden's visit to the North Carolina facility is the President's first trip to Fort Bragg after taking office in January, allowing the Commander in Chief to address soldiers at America's highest-populated Army base. The rendezvous on Monday was also part of hte White House's Joining Forces initiative, an effort to "strengthen" American veterans and their families.

4. Novant Health Thanksgiving (Eve) parade: What to know, what to see, and what roads to avoid

What's happening: The Novant Health Thanksgiving Day Parade is scheudled to take place on Wednesday from 6 to 8 p.m. in Charlotte. Vendors will serve food and beverages of the hot and cold variety, and anyone unable to attend will be able to view broadcasts of the event on WBTV while it's live, or tune in to the same station for subsequent airings on Thanksgiving and Christmas.

Why it matters: This is the 75th annual Thanksgiving parade in Charlotte, and it's the first time the procession has been held in person since 2019, with organizers canceling last year's event due to the pandemic, as well as the first time the event has taken place the night before Thanksgiving. The events regularly draw large crowds, with 2019's parade bringing 110,000 live spectators to the Queen City. The parade ranked number five on USA Today's list of 10 best holiday parades in 2017.

Weather: Weather.com predicts a chilly evening in Charlotte tomorrow, so anyone planning on attending the parade is advised to bundle up against 31-degree temperatures. Winds will be light, and the parade is expected to take place in the dark after the sun sets at 5:12 p.m.

Road closures: The parade takes place on Tryon Street in Charlotte's Uptown neighborhood and organizers have been shutting the street down in sections throughout the week. On Monday, Charlotte closed the portion of Tryon between Stonewall Street and Mrtin Luther King, Jr. Boulevard. That closure will expand to include Tryon between 9th and 11th street tonight, and by tomorrow evening Tryon will be closed entirely between 9th and Morehad streets, with all cross streets blocked off as well.

Click here to peruse images from past Novant parades in Charlotte, dating back to the 1950s.

(Streeter Lecka/Getty Images) (CHARLOTTE, N.C.) Happy Friday, QCR readers! It is Jan. 28, and health officials in Mecklenburg County say the BA.2 subvariant of COVID-19 is now closer to Charlotte. We'll tell you what they have to say about the severity of "stealth omicron" and why the county decided to stop applications for its coronavirus rental relief program before suggesting other resources for residents.

Mecklenburg County residents will be able to retrieve free COVID-19 test kits from North Mecklenburg High School on Saturday(John Moore/Getty Images) From the hospital's perspective, we are nowhere out of this pandemic. I think as the community looks at those positive signs of decreasing cases, we need them to know that your healthcare workers are still in this battle knee-deep.

After taxes, Charlotte resident Gabriel Ferrero took home a Mega jackpot of $2.8 million. Where'd he get the numbers? From a fortune cookie(Meritt Thomas/Unsplash) (CHARLOTTE, N.C.) Happy hump day, QCR readers! Are you feeling lucky? One Charlotte man had serendipity smile upon him last week when he won $4 million from Mega Millions using numbers he pulled from a fortune cookie from Charlotte's Red Bowl Asian Bistro, per NPR.