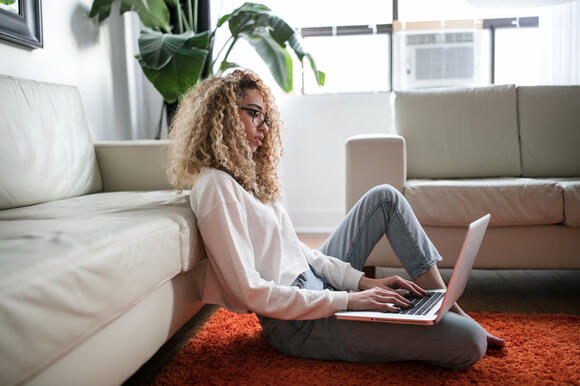 (CHARLOTTE, NC) Good morning, Charlotte! William Shatner may have recently returned from a real-life trip to the sea of stars that we call space, but Queen City Roundup is still grounded on Earth. This edition of the newsletter delves into an entrepreneurship initiative that Charlotte's business leaders are collaborating on as well as what Queen City schools ranked highly on a statewide ranking of elementaries and middles.

A Charlotte bakery owner appeared on 'Good Morning America' this morning to promo her recently reopened shop and the North Carolina governor signed a new bill that promises cleaner energy in the state. Today is Thursday, October 14, and this is what you need to know.

Developing business districts and a growing talent pool have made Charlotte one of the biggest cities for technology developers and manufacturers in the U.S., and now the heads of some of those businesses are looking to harness that talent through a new, collaborative network called "The Meta Lab."

An effort between Carolina Fintech Hub and MassChallenge, the Lab will work with qualified companies dealing in technology, finances and health care, and award support to the ones that are found to most deserve it. The program's stakeholders — which also include LendingTree, EY, Movement Mortgage, Truist and Barings — hope the initiative will bring more entrepreneurial-minded people to the Queen City.

To get on the Lab's radar, entrepreneurs from anywhere in the world can apply for the program between Oct. 20 and Nov. 10.

Other Charlotte schools were able to flex their book smarts as well, including Charlotte-Mecklenburg Schools' Providence Springs Elementary, which was just one of 14 schools in the district to crack the list's top 100 slots. Other local listmakers include Union County Public School’s Rea View in Waxhaw in fourth on the elementary schools' list, UCPS' Weddington Elementary in Matthews tied for fifth and the Union County district's Marvin Elementary in tenth.

The rankings account for 2,666 different pre-K, elementary and middle schools in North Carolina, using scores from math and reading proficiency tests to determine which are best.

In the hopes of making the state's energy production cleaner, North Carolina Gov. Roy Cooper signed a bill on Wednesday that intends to reduce the state's carbon dioxide emissions by 70% by 2030, with the goal of being carbon neutral by 2050. The term "carbon neutral" refers to the act of removing as much carbon dioxide from the air as one puts into it, resulting in a net-zero balance.

House Bill 951 intends to accomplish this by authorizing the North Carolina Utilities Commission to "take all reasonable steps" by improving operations at power plants and other facilities that generate electricity. The commission will be required to have a plan in place by the end of 2022 and Cooper said the new changes will "attract more energy jobs, protect families and combat climate change."

The bill also allows a specific company to authorize rate increases: Duke Energy can now cap base rate increases during the second and third years of three-year rate plans after being denied the ability to do so two years ago. Cooper called the bipartisan measure "a win for people all across North Carolina."

ABC's 'Good Morning America' was live in Asheville on Wednesday morning, bringing big, plastic smiles and Charlotte's own Cris "The Batchmaker" Rojas Agurcia along for the show. The Honduras native spoke to GMA viewers about her renowned cakes as well as the trials she's endured over the past year, including the pandemic and flooding of the Batch House — her former bake shop — in November 2020.

The store reopened under the name The Batchmaker in Charlotte's Seversville neighborhood at 901 Berryhill on Oct. 9, prompting Roja Agurcia to share a message of positivity: "Our motto is: People first, cake second. So that perfectly sums up our mission. The pastries are just a bonus — a cherry on top.”

(CHARLOTTE, NC) Happy Tuesday, Charlotte! Feeling hungry? If you've yet to try any of the eight participating restaurants, maybe give one of the spots in Charlotte Black Restaurant Week a shot for lunch today. Maybe get a plate of rasta pasta from Cuzzo's Cuisine, or rejuvenate yourself with a real fruit smoothie or cup of coffee from Hip Hop Smoothies? Check the post below for a full list of participants, and later on in the roundup we'll preview a food festival set to highlight those eateries this weekend.

(CHARLOTTE, NC) Happy Monday, Charlotteans! We hope you were able to take advantage of the weekend's sunny weather and warm temperatures because you won't be seeing much more of both on the same day until next week.