(CHARLOTTE, NC) Welcome to another weekday edition of the Queen City Roundup. Today is Tuesday, September 21, and yesterday the state superintendent offered her thoughts on the state's $3.6 billion plan to reverse learning loss during the pandemic.

We've got her comments, a well as a look at the Tuesday forecast ahead of the first day of fall, which is tomorrow! Today's Roundup also has news about a new mini golf business coming to town and we preview the Panthers' upcoming match against the Houston Texans on Thursday.

North Carolina Superintendent of Public Instruction Catherine Truitt shed a bit more light on the state's $3.6 billion plan to help students catch up on missed learning during the pandemic. The Republican official described the effort as a four-year roadmap toward improving NC's public schools.

"Right now kids are getting back into school and are trying to recuperate and recover from what we call 'unfinished learning' from the pandemic," Truitt told Spectrum News's Tim Boyum on Tuesday. "But we also can't just recover from the pandemic at the expense of nowt having a bold, forward-thinking vision for education in North Carolina."

The Southern Scoop reports that the money will be used to fund afterschool programming and telehealth initiatives at schools, with $30 million going towards tutoring and $35 million for a grant program to help students get to college. Other money will be used to create an assessment test to determine what other steps may need to be taken.

The money is North Carolina's portion of an $81 billion cut that the U.S. Department of Education announced would be released to states throughout the country in March.

Fall weather has quickly taken hold of Charlotte and the surrounding areas, replacing the dry, upper-80s remnants of summer with up to four inches of rain on Tuesday, the day before the beginning of the 2021 autumn season. Wednesday, too, is expected to bring storms.

WCNC forecaster Larry Sprinkle predicts today's showers will cool Charlotte down through the weekend, leading to 75 and 80-degree days just in time for Saturday's and Sunday's fall festivals or whatever weekend activities Charlotteans might be getting up to.

Charlotte has no shortage of concept bars that back lively menus up with fun activities, but few are as unique as Puttery, which is set to open in the last quarter of the year at 210 Rampart St. in the city's South End nieghborhood.

The bar-restaurant-mini-golf hybrid looks to do for miniaturized putting what Topgolf did for the driving range, placing golfers in the room with craft cocktails, dishes and upscale mini golf courses. It has the financial support of professional golfer Rory McIlroy, who won the 2021 Wells Fargo Championship at Charlotte's Quail Hollow Club in May.

Charlotte's Puttery is the burgeoning franchise's fifth location announced for construction. So far the Dallas location is the only one open, greeting guests with its eclectic mix of obstacle-based holes earlier this month.

Hot off their 26-7 victory over the New Orleans Saints on Sunday, the Carolina Panthers are looking to keep their 2-0 winning streak going in a Thursday game against the Houston Texans. Tipico Sportsbook currently favors the Panthers to take the win against the Texans when they play at 8:20 p.m.

The Texans did not celebrate a win on Sunday, losing by 10 points to the Cleveland Browns (31-21). They previously defeated the Jacksonville Jaguars, 37 to 21, on Sept. 12.

The Panthers team website states that the team has defeated the Texans three times during their history of playing the team, suffering two losses in the same time. 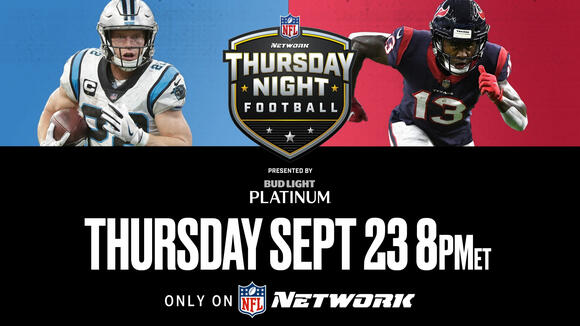 (Streeter Lecka/Getty Images) (CHARLOTTE, NC) Happy end of the week Charlotte, hope everyone is ready for higher temperatures and brighter days over the weekend! Today is Friday, September 24, and here's what you need to know.

(CHARLOTTE, NC) Hello Charlotte, and happy fall. Today is Wednesday, Sept. 22, and it's the first day of the season. Here's what you need to know. Autumn's arrival also brings a mask mandate to Mecklenburg County's places of worship for the first time, this weekend brings multiple cultural festivals to the Queen City and county officials brought some discourse on the fate of a local historical site following a controversial event.

(CHARLOTTE, NC) Welcome to the third full week of September, Charlotte! It's hard to believe October is almost ready to blanket the ground with many-hued leaves, but it's exciting to think that North Carolina will soon be a flurry of fall excitement.