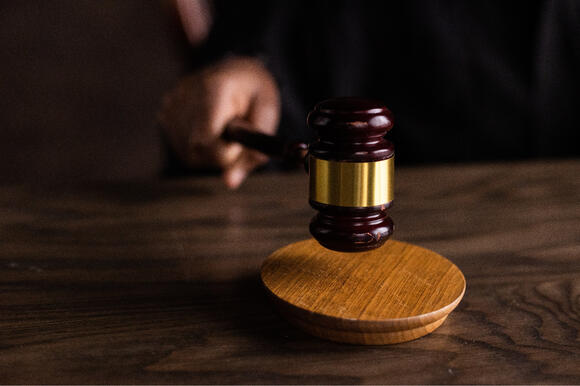 This week, Close was convicted of murder.

Close, 38, pleaded not guilty by reason of insanity, but a jury decided he knew what he was doing when he fired more than 20 rounds from an AK-47 through his apartment window at the couple. Thallas, 21, died immediately, while Simon was shot twice and was able to run away.

The couple was on a lunchtime walk with their dog when they encouraged it to ”go potty,” according to The Denver Post. This started a verbal altercation between the couple and Close.

Close then retrieved the gun from another room in his apartment, which he took from a friend who was a Denver police sergeant.

After the shooting, Close fled and was arrested hours later on U.S. 285 near Pine Junction. He had multiple weapons in his car according to his arrest affidavit.

The jury also convicted him of an additional count of first-degree murder in connection with Thallas’ death, two counts of attempted murder and two counts of assault.

According to reporting from the Denver Post, Thallas’ father, Joshua Thallas, said the guilty verdict did not feel like a win.

“There is no justice in this,” he said. “…There are so many losses all around. Our family, obviously, Bella’s friends lost, the community lost, even Close’s family lost today because of his poor choices.”