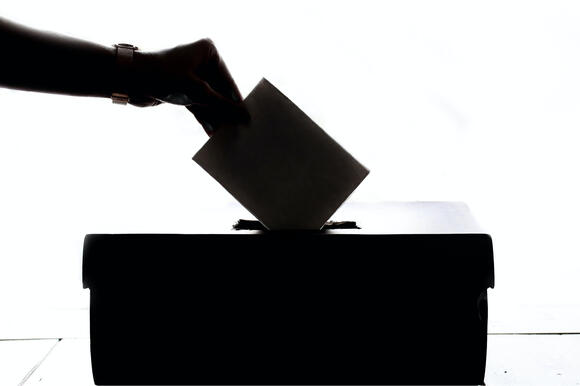 Hispanic voter priorities have shifted according to recent polling.Photo by Element5 Digital / Pexels

(Denver, CO) Polling of Hispanic voters in Colorado found a significant shift in the group’s priorities. Abortion is now among the top five issues, while immigration is not.

UnidosUS and Mi Familia Vota released the poll as part of a multi-state, multi-year partnership to better understand hispanic voters. The groups together represent the strongest Latino civic engagement and democracy operation in the country.

According to the poll, the No. 1 concern of Colorado Hispanic voters was inflation/rising cost of living. Crime and gun violence rose to second place, driven by concerns about easy access to guns and the prevalence of school shootings. The third priority was jobs and the economy, followed by a lack of affordable housing/high rents and then climate change and the environment.

“In Colorado, we have long known that climate change and the environment are key issues for the Latino community. This poll confirms these issues as important to our community. We will continue to fight for environmental justice for Latinos, and all in Colorado,” said Salvador Hernandez, Colorado state director, Mi Familia Vota, in a press release. “We know that an engaged, civically educated community will vote in November. We are building political power, for our friends, families, community and environment.”

Nationally, the ranking was similar for the top three priorities with Inflation/rising cost of living in first place, then crime/gun violence and third place was jobs and the economy. However, the priorities after that are different from Colorado with health care in fourth place and abortion in fifth, followed by climate change and the environment and then affordable housing and high rent.

For the first time nationally, abortion was among the top five issues. Immigration did not make the top five, but Latino voters said leaders in Washington should provide a path to citizenship, but if they can’t, then executive action should be taken by the president.

A majority of Colorado’s Latino voters, about 63%, said they believe the country is on the wrong track.

It’s also personally important to 85% of Colorado voters polled for elected officials and other leaders to denounce white nationalism and supremacy.

“Hispanics are the second largest voting group in Colorado and they are sending a wake-up call to both parties, whose chronic under-engagement with this electorate continues,” said Clarissa Martinez De Castro, UnidosUS vice president of the Latino Vote Initiative, in a press release.

“Pocket book and economic issues dominate the top priorities for the state’s Hispanic voters heading into the midterm election, and simultaneously, an overwhelming majority wants elected officials and leaders to speak out against white supremacy, and majorities would oppose candidates who are supported by white supremacists, who support a complete ban on abortions, or who oppose immigration reform.”

This year, UnidosUS and Mi Familia Vota are executing a $15 million civic engagement project in eight states: Arizona, California, Georgia, Florida, Nevada, Colorado, Pennsylvania, and Texas. The campaign includes registering 100,000 voters, working to prevent a voter drop-off from the 2020 election, providing research and data on the perspectives and priorities of hispanic voters, and providing voters with information on policy issues and voting access.

About 61% of Colorado Hispanic voters are certain they will vote in November.

“Once the quintessential purple state, the growth of the Latino vote has tipped Colorado Democratic,” Gary Segura, president and co-founder of BSP Research, in a press release. “This election may well test that trend so Latino attitudes and turnout are more pivotal than ever.”

The long-term goal of the partnership, according to UnidosUS and Mii Familia Vota, is to break the boom-and-bust cycle of electoral engagement by building sustained participation in the electoral process.