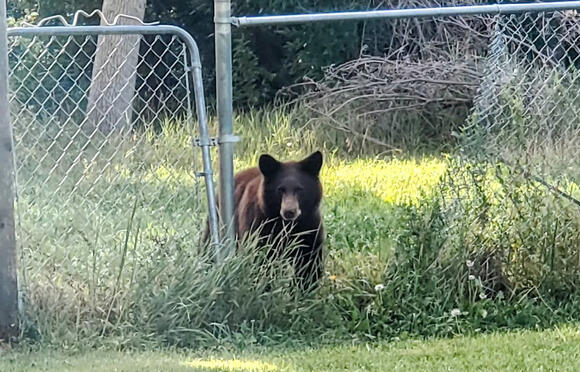 (Fort Collins, CO) A bear spotted near Beattie Elementary School in Fort Collins Thursday, prompted the school to go into a secure status.

Officials locked the school doors but continued holding classes, while the bear looked on and the Fort Collins Police Department worked with Colorado Parks and Wildlife to relocate the bear.

📲If the animal is acting strangely, injured, or in a place that poses a risk to people, contact Parks & Wildlife or Dispatch to connect with them.

If members of the public spot the bear, give it space, don’t pursue it and report the location to Fort Collins wildlife officers at 970-472-4300.

Bears are often spotted in areas where there is trash or food available. CPW asks residents to secure their garbage, garages and any other building where a bear might find food.