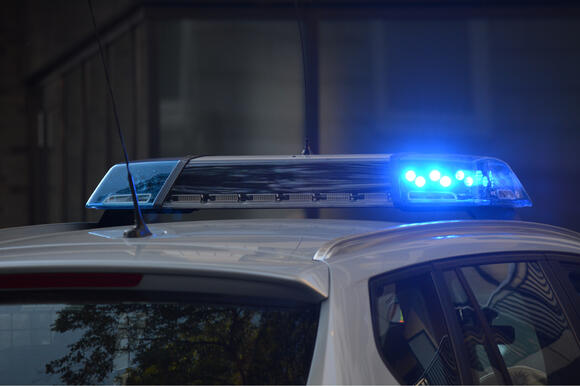 (Denver, CO) Since January, the Colorado State Patrol has issued about 1,901 DUI citations.

Most of those citations, 1,213 of them, involved alcohol only. The report details citations between Jan. 1 and May 31. El Paso County led with most citations at 231, followed by 154 in Adams County, 146 in Weld County and 143 in Jefferson County.

The Colorado Department of Transportation and law enforcement plan a heightened watch this weekend when there are Rockies home games. They’re gearing up for the “Summer Strike Out” high-visibility enforcement period from July 14-20 with impaired driving checkpoints and more law enforcement officers on the road.

“A DUI is not a minor traffic violation. You’re looking at months, potentially years, of your time to work through the process, costing thousands of dollars and leaving you with a criminal record,” said Col. Matthew Packard, chief of CSP, in a news release. “Every single decision you make when operating a vehicle matters. There are safe ride alternatives at our disposal; make a smart choice for getting home.”

Over the Fourth of July weekend, there were 190 arrests, an increase from last year. CSP recorded the most arrests with 62 and Colorado Springs Police Department reported 20. There were nine traffic fatalities that weekend and more than half of those involved a suspected impaired driver. Compared to the first six months of 2019 before the pandemic, deaths involving impaired drivers increased a dramatic 73.8% this year.

“Impaired drivers are a menace to others on our roadways, including pedestrians, bicyclists or drivers,” said Darrell Lingk, CDOT’s director of the Office of Transportation Safety, in a press release. “Yes summer is a time for fun, but with that fun comes responsibility. That means never getting behind the wheel after drinking or consuming cannabis, regardless of how well you think you are to drive.”

CDOT’s statewide anti-drinking and driving campaign is called “It’s Not Complicated.” In a study conducted by the department, participants routinely underestimated their level of impairment. People were given a smartphone breathalyzer to see their blood alcohol level while drinking. Many were also unaware that they could be arrested for a DUI with a blood alcohol level below 08.

“Last year troopers investigated 14 fatal car crashes and an additional 42 with serious injuries during the month of July that were caused by impaired drivers. We are imploring drivers who have taken the risk of taking substances and driving in the past to change their behavior,” said Packard in a news release. “Driving intoxicated is literally rolling the dice with your license, your freedom and your life.”

The majority of crashes caused by impaired drivers and investigated by CSP over the last three years show that the majority, just over 60%, were wearing their seatbelts.

“When you pause to consider that the majority of impaired drivers involved in a serious injury or fatal crash make the choice to wear a seatbelt for their own personal protection but don’t make a choice to plan a sober ride for the protection of others, you begin to appreciate the selfishness of this behavior,” Packard said.

Since 2019, there has been a 44% increase in impaired driver fatalities. In 2021, Jefferson, Weld, Adams, Larimer and El Paso counties had the highest rates in the state.