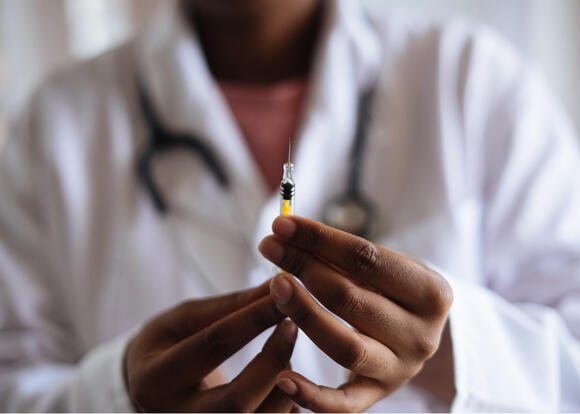 (Denver, CO.) The state health department plans to administer nearly 300 monkeypox vaccines this week to people at high risk of contracting the virus.

The doses are the second round in a series of vaccination events the Colorado Department of Public Health and Environment provides. Last week, the state administered about 250 doses. The doses have been pulled from the federal government’s strategic national stockpile, which has limited supply and must go to areas where the virus is more prevalent.

“We continue to work closely with our partners in the federal government to obtain more vaccines in the coming weeks,” said Scott Bookman, director, Division of Disease Control and Public Health Response.

“We will continue to use the supply we have on hand as we get it from the federal government. We aren’t delaying as now is the time to prevent the spread of monkeypox.”

The roll-out of the vaccine has been criticized in some areas like New York, which is the epicenter of the nation’s monkeypox outbreak, according to the New York Times, with 141 cases recorded so far, more than any other city. So far in Colorado, known cases have remained low, with six reported in June and two in May, while hundreds of at-risk people received vaccines.

Monkeypox is a virus that until a few months ago was rarely seen outside of Africa. The World Health Organization reported a 77% increase in cases in the last week, bringing the total number of confirmed cases worldwide to 6,027 in 59 countries as of Monday. Three people have died in the outbreak, all in Africa.

More than 80% of the cases this week were in Europe. Worldwide, cases have been primarily in men who have sex with men, but state and federal officials caution that the virus can spread to anyone through close contact.

In Colorado, vaccines are now available to men aged 18 years and older who are gay, bisexual, or other men who have sex with men who have had multiple or anonymous sex partners in the last 14 days.

“Vaccination following a high-risk exposure is the best way to help prevent infection or reduce the severity of illness if someone contracts monkeypox. Post-exposure vaccination can also help slow the spread of monkeypox,” said Dr. Rachel Herlihy, state epidemiologist.

“We want to make sure Coloradans have the information and resources to keep themselves and their communities safe. Our response will continue to evolve, as we expect to receive additional guidance and vaccines from the federal government.”

Monkeypox has not caused the death of anyone outside of Africa and in many cases the virus resolves on its own. The virus can cause flu-like symptoms including fever, headache, muscle aches, swollen lymph nodes, and exhaustion. Typically a rash or skin bumps develop within one to three days after the onset of fever, often beginning on the face, then spreading to other parts of the body. Monkeypox can look like syphilis, herpes, blisters, or even acne.

In recent cases, additional symptoms have not always occurred before the rash or bumps if they have occurred at all, according to the state.

The JYNNEOS vaccine is a two-dose regime with doses given four weeks apart. The vaccine is FDA-approved and can help keep people from getting sick if they receive it within four days of exposure. Outside the four-day window, the vaccine can prevent serious illness but might not completely prevent infection.

Coloradans should contact a health care provider and avoid physical contact with others if they think they have been exposed to monkeypox or are experiencing symptoms.