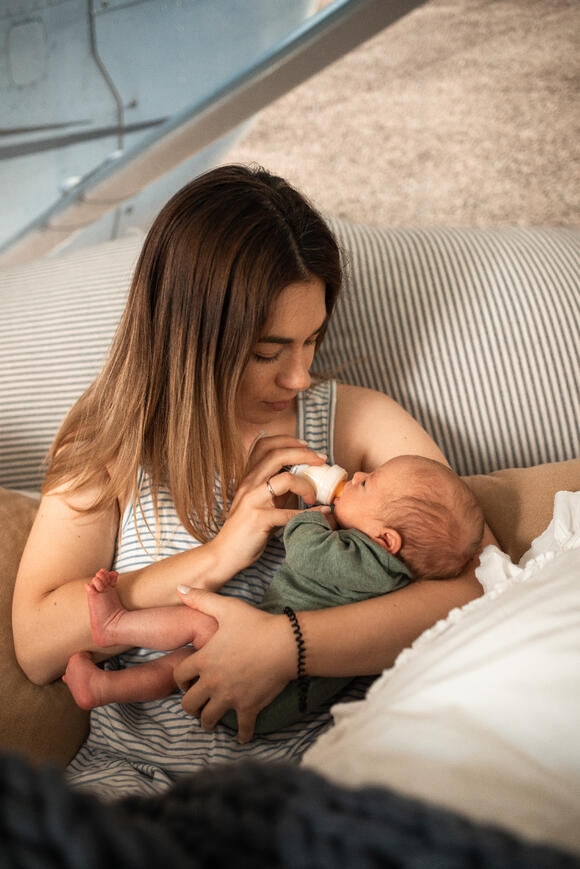 “Infant formula is a crucial source, and in some cases the only source, of nutrition and sustenance for countless infants. The nationwide infant formula shortage is a disaster that threatens the lives of children throughout our state,” according to the Executive Order. “It is incomprehensible that babies’ health is threatened by the formula shortage, and the State must ensure that donor human milk, which can be used in place of formula in many instances, is as accessible as possible for all families in need.”

Last week, the Polis Administration announced a partnership with Mothers’ Milk Bank through Rocky Mountain Children’s Health Foundation, which has collected, processed and distributed human milk to babies throughout the country for nearly 40 years. The partnership will now be key to collecting more donations and distributing milk to families in need.

“Every ounce counts. The more donated milk we can get in the door now, the more we’ll be able to support families for the weeks and months to come,” said Rebecca Heinrich, director of Mothers’ Milk Bank, in a statement. “We are thrilled to partner with Colorado on this important effort to support families.”

The nationwide shortage started earlier this year when a defective baby formula brand was recalled after at least four babies were hospitalized with a bacterial infection and at least two babies died. The recall isn’t the only reason for the shortage; however, supply-chain issues and labor shortages also contributed.

The formula producer of the detective brand, Abbott, has worked with the federal government to correct the issues in its manufacturing facilities and get formula back on the shelves. Abbott announced it anticipates another six to eight week delay until additional formula is available.

“While the federal government is working to address the nationwide infant formula shortage, the State must also act to protect the health and safety of children in Colorado,” according to the Executive Order.

The public can make donations of human milk and financial donations that will help families in need of assistance. For information on donating or accessing donor milk visit milkbankcolorado.org. Donations and purchases of human milks can be made anywhere in the state.

The Governor also encourages anyone with unused or unopened formula to donate it to a local food bank.

For caregivers who are running out of formula, the state offered several safety guidelines to follow: