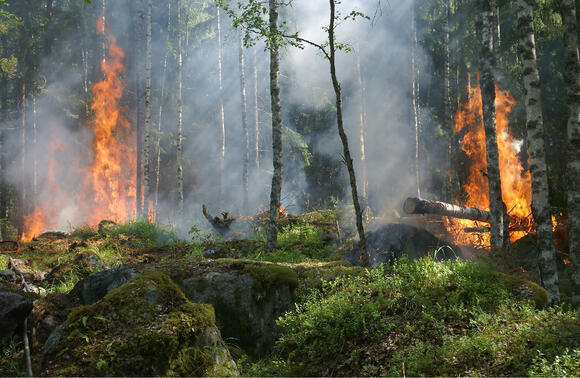 A new predictive modeling system from scientists at the National Center for Atmospheric Research, uses machine learning to study the historical relationship between climate and fire across the West. The model can then predict future trends.

The model indicates this year’s wildfire season is likely to be more severe than average, but not quite as severe as last year. The scientists predicted fires this summer will burn between 1.9 and 5.3-million acres in the West. Likely, 3.8 million acres total will burn. That’s around 5 million acres short of the 8.7 million acres burned across the region in 2020, but would still be the 8th largest burned area since 1984.

Widespread wildfires are part of a long-term trend linked to a changing climate. NCAR scientists set out to determine if climate conditions early in the year can offer clues to the extent of the blazes during the summer, when fire season peaks.

The prediction is currently for research purposes only, but if the method is tested and improved, it could help prevent or better manage wildfires in the future. Current seasonal forecasts can tell if a wildfire season will be comparatively mild or destructive, but fail to predict the number of acres likely to burn.