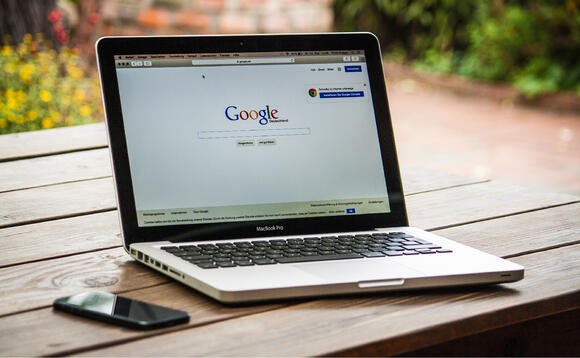 Comcast, Verizon and AT&T are a few of the 20 internet providers who will offer high-speed internet at a reduced cost.

The Emergency Broadband Benefit Program provided a temporary discount on monthly broadband bills for qualifying low-income households during the pandemic.

In Colorado, uptake by consumers was slow, and only 100,492 households signed up as of January 2022, for which the most recent numbers are available. According to the state, there were 471,049 eligible Colorado households for the EBB program.

Expanding broadband access in Colorado is one of the top priorities of the Governor’s Office of Innovation and Technology. State officials have not yet announced how they will get the word out to eligible households. According to a statement from the White House, some states like New York and Arizona will text millions of people to advertise the program.

The Affordable Connectivity Program was made possible by the bipartisan infrastructure bill, which set aside $65 billion to improve the nation’s broadband services. Most of the funding will go to states for local lawmakers to use in state-based programs, but $14 billion will provide internet subsidies.

Households with an income at or below 200% of the federal poverty level are eligible and people who participate in one of several programs, including Supplemental Nutrition Assistance Program (SNAP), Federal Public Housing Assistance (FPHA) and Veterans Pension and Survivors Benefit.

Want to live in a renovated school? Now’s your chance!

(Denver, Colo.) After a backyard chicken flock in Pitkin County tested positive for a new avian influenza, Denver Zoo officials took steps to protect their birds. The Pitkin chickens were euthanized, and the area quarantined to limit the flu’s spread. So far, about 24 million birds in the U.S. have died of the virus or killed to prevent its spread.

The Flatirons Mountains from Chautauqua Park, in Boulder, Colorado.Photo by Harrison Fitts / Pexels. (Denver, Colo.) The Colorado Geographic Naming Advisory Board plans to rename more than two dozen sites to remove the derogatory word “squaw” from their names.

(Denver, Colo.) The right to have an abortion is now protected in Colorado, weeks ahead of the Supreme Court ruling on a Mississippi law that restricts access to abortion. In Colorado, abortion is legal, but until now, the right to an abortion relied on the precedent of Roe v Wade. The state had no laws prohibiting abortion, but also no laws that guaranteed the right to the procedure.

How does turning your lights off help migrating birds?

(Denver, Colo.) Over the next few months, billions of birds will migrate worldwide. Many will pass through Colorado at night. April is Lights Off for Bird Migration Month. "In the coming weeks, tens of millions of birds - from statuesque sandhill cranes to smaller meadowlarks and bluebirds - will pass through our state, marking a yearly pilgrimage that Coloradans have marveled at for generations," said Lt. Governor Dianne Primavera in a statement.

Closing the circle: Why Denver donates buffalo to indigenous tribes

(Denver, Colo.) A raccoon rummaging through your garbage or startling your household pets may seem like a nuisance, but raccoons, squirrels, birds and other Denver wildlife serve an essential role in the city’s ecosystem.

Despite rain and snow, drought conditions persist in Colorado