How much power do HOAs have? Can they take your house? 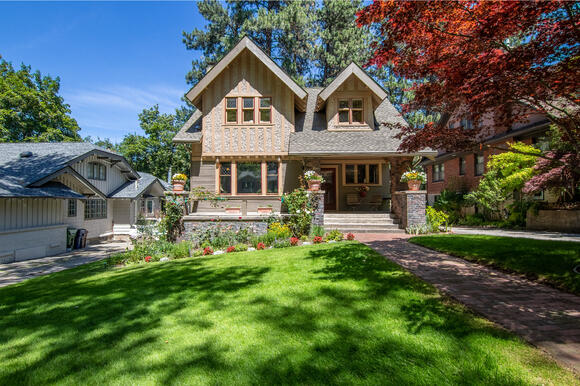 A home in a neighborhood.Clayton Bunn / Pexels

While most people think of HOAs as the people who maintain public spaces and protect neighborhood aesthetics, they also wield considerable power.

Earlier this month, The Green Valley Ranch Master Homeowners Association filed foreclosure lawsuits against dozens of residents over unpaid fees, according to reporting from Denverite.

The homeowners facing eviction most likely had unpaid fees accrue during the pandemic while there was an eviction moratorium and no assistance for those who couldn’t pay their HOA dues and fees, according to Denverite.

The Green Valley HOA filed 50 HOA foreclosure notices in 2021, almost half of the 119 notices filed throughout Denver, according to the Denver Post.

HOAs are resident-governed organizations that are supposed to help maintain property values, community spaces and neighborhood aesthetics, not force people out of their homes.

What is an HOA, and what do they do?

More than 10,000 homeowners associations in Colorado have nearly 2.4 million residents. Residents govern these organizations. HOAs collect dues and fees that pay for improvements and maintenance of shared areas like pools and parks and some insurance coverage, like in the case of the Marshall Fire.

HOAs set neighborhood aesthetic standards like lawn maintenance, exterior house paint colors, and where trash cans can be stored on non-trash days. When residents break a HOA rule, like failing to maintain their lawns, the HOA can fine the homeowner.

So, how much power do HOAs really have?

Turns out, quite a bit. But ultimately, that power depends on what the rules, covenants and bylaws of the community say.

Some of those documents are referred to as a CCR, covenants, conditions and restrictions, while others call the rules of the HOA a declaration or recorded covenant. Still, all the names just refer to a document that defines what can and cannot be done on the property.

But if something is not outlined in those documents, then an HOA can’t just make up a new rule on the spot and fine a homeowner. HOAs are also governed by state laws, such as the Colorado Common Interest Ownership Act (CCIOA), which was enacted in 1992, that help define the role of an HOA and protect homeowners.

Additionally, there’s a process HOAs must follow, which is outlined in the rules, about escalating a fee or broken rule.

“Sometimes owners don't respond and then things get added to the owner's accounts and the lien gets filed in the real property records, but there is a process that the association has to follow, and there are rights that the owners have before those fines can be levied against them,” Leff said.

Essentially, there’s due process. The owners should be given notice by the HOA and have an opportunity for a hearing before any fine gets levied, in the typical association context, according to Leff.

What prospective homeowners should know.

Always read the fine print. If a prospective homeowner is looking at a house governed by an HOA, it’s essential to read the rules and understand the owner's expectations.

Want to paint your house bright purple? That might not be allowed, so be sure to check before you buy.

If you already live somewhere with an HOA and have a problem with the board, there are a few things you can do.

If it’s a minor dispute, you can vote to change the board members or even join the board yourself to make changes.

If the dispute is more serious, there may be resources in your area, such as Denver’s housing department. Of course, there’s also legal help from law firms across the state who specialize in HOA disputes.

Are HOAs all bad?

The trope about HOAs is that they’re restrictive and problematic for homeowners. Every year, more and more people live in HOA developments.

“I get to see people volunteering on behalf of their communities and giving back to their communities in these board roles and it's a tough job that doesn't have any pay attached to it,” Leff said. “But for all the headlines that come out about HOAs, I would say that is just such a minority of what goes on in associations.”

While there are still some issues that are being sorted out at the state level, such as the rights of homeowners in HOA communities to fly certain flags in their yards, Leff also is working on HOA efforts to support the homeowners who lost their homes to the Marshall Fire.

“There is so much good work being done by community volunteers on a regular basis,” she said. “It's thankless in many ways, but it's also just really representative of the democratic process on a micro level.”