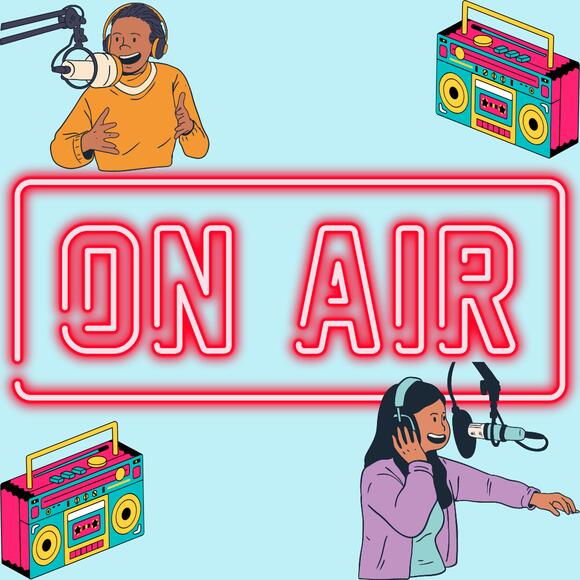 Two people recording above and below a sign that says ON AIR.(Christy Leos)

(HOUSTON, Texas) -- 90.1 KPFT, self-described as Houston’s Community Station, finds itself in hot water once more. Protested, bombed twice, shot at, and the scene of an arrest, the latest controversy involves accusations of whitewashing (“the practice of using only white actors, models, or performers”) and BIPOC (Black, Indigenous, and People of Color) erasure.

Breaking down the data

All show distribution hours as of May 24th

“The proposed schedule was released May 25th and implemented June 1st,” Bravo says.

All proposed show distribution hours as of May 25th

All actual show distribution hours as of June 6th

Primetime distribution hours as of May 24th

Primetime distribution hours as of May 25th

93% of the overall data available was verified, according to Bravo. Gender and orientation data are also included in the study. The public can access the data here.

Removing Black and Brown programming during the remembrance of George Floyd

“On the day George Floyd was observed in Houston, when all of the world’s cameras were here [and] racial issues were the national topic of the day, the (now-former) KPFT general manager removed almost all of the Black and Brown programming, all of the voices, off of the KPFT FM dial,” says Liana Lopez, a producer of the Nuestra Palabra: Latino Writers Having Their Say show and past 90.1 KPFT board member.

“He didn’t talk to programmers, some who have been there for decades. Didn’t tell them “thank you for your time;” he just removed them from the air. If you’re trying to get attention in a bad way, ok. Good job then. The only ones left during primetime hours are music programmers.”

According to Lopez, blame falls on talk show programs for not making enough money, but management has not promoted talk shows, and her perception is they don’t want to.

“When Nuestra Palabra made international news, KPFT did not support us, but they will bring out Black and Brown voices when they need money.”

Lopez described the environment at 90.1 KPFT in a series of alleged incidents. One programmer calling another programmer the N-word. Board members telling other board members with accents that they talk funny. Bricks thrown at a studio window on the air during a time a KKK rally was happening in Tomball. An older Black lady who’s Zydeco show had been moved to the middle of the night had someone shoot through the window with a high-powered rifle.

“This is why we’re putting this together, because it’s not just recently, it’s historic,” continues Lopez. “A Puerto Rican woman used to be at KPFT in the ‘80s and did an international Spanish show where you learned what was happening in different countries. One day, she was at KPFT working on her show when someone came and spray painted her car. She didn’t come back.”

“The way these changes are happening and how KPFT routinely trots out Black and Brown voices during fund drives while cutting our voices has been going on for a really long time, and they don’t talk about it, like it’s not going on. It’s like loving Mexican food and hating Mexicans,” says Lopez.

Confusion and an email trail

According to Bravo, the Nuestro Palabra Social Media Manager, the 90.1 KPFT General Manager made inaccurate statements regarding the schedule change.

“The decisions made and the proposed schedule implemented on June 1st were not made with any type of buy-in or feedback or metrics,” says Bravo. “Minor changes were made on June 6th. It left so many BIPOC programmers and hosts clueless. We had no idea what was going on.”

After 16 days of attempting to get in touch with the General Manager, Bravo was not satisfied with the response.

“Nuestra Palabra: Latino Writers Have Their Say has been on air for over 22 years. We have consistently ranked among the most supported shows,” Bravo writes on his website. “NP's work has led to legislative changes in several states, our movements have inspired thousands, our host Tony Diaz has carried the Librotraficante banner alongside the KPFT banner, and 87% of our shows during COVID were new, unlike other programmers (like Wally & Roark). We have held it down for la comunidad, for Houston, and for KPFT, always true to Pacifica's mission... and this is the respect this General Manager gave us.”

News Break contacted 90.1 KPFT for comment but has yet to receive a response.

“I want KPFT to be Houston’s community station. . . . I find it very hard for a radio station to claim to be the community station in a city that is diverse as Houston, and the plans were to have 95% of primetime programming be white-male dominated.” Bravo would also like the 90.1 KPFT staff to come together as a community.

“We want servant leadership that is there to grow and help and take the community at large into account.”

Lopez knows what a resource the FM station has been for people, especially those looking for professional broadcast experience.

“Ideally, I would want the program council to come back, and instead of critiquing shows to take them off the air, the programmers should be offered training and help to improve the shows. They need to be supported, embraced, and given some attention.”

Board election and station status

According to the KPFT.org website, board delegate elections are in progress, and voting will conclude on October 15th at 10:59 PM Central Time. Listener members can request a 2021 ballot if they have not received a ballot and have either donated $25 or finished three hours of approved volunteering between July 1st, 2020 and June 30th, 2021.

“There are so many open seats right now; it’s easy to take it over,” Lopez says. “We did a 36-hour drive on Nuestra Palabra. We reached out to a few friends and got over 50 people to donate $25 and become members so they could vote in this next election. And we are going to take the election and fill those spaces with more people of color that are actually part of the Houston community who deal with young folks and are already bringing our stories to communities. They have a following, standing, experience, and most haven’t been part of KPFT. They’re bringing new talent, creativity, and people of color voices to the board.”

Quotes have been edited and condensed for clarity.

“Think about who came before us, who is here now, and how we can build a future,” an interview with Writer Reyes Ramirez

Missing person on a milk carton.(Christy Leos) (HOUSTON, TEXAS) -- If you’ve read the news or scrolled through social media lately, you probably know about Gabby Petito. A travel blogger and influencer, Petito’s case has grabbed attention across the US and around the world. Her remains were found, but the search continues for her boyfriend Brian Laundrie, according to CNN.

“Something new and real, refined but not afraid to be obscene,” an interview with Defunkt Magazine’s Founding Editor

Foster youth under the image of Texas with a mask.(Christy Leos) (HOUSTON, TEXAS) -- If you or someone you know has aged out of the foster system, now is the time to apply for COVID-19 pandemic aid money in Texas. According to a press release shared by Texas CASA, the statewide network of CASA programs and a nonprofit organization dedicated to improving the child welfare system in Texas, the application to apply for up to $1,000 per person in federal funding for aged-out foster youth ages 18 to 26 is open until September 15th, 2021. The roughly 30-minute application can be found at surveymonkey.com/r/PANAID.

“Meeting the biliteracy challenges of the Hispanic learner,” an interview with Del Alma Publications’ Vice President

Woman cooking underneath Hispanic Heritage Month text.Christy Leos. (HOUSTON, TEXAS) -- Hispanic Heritage Month is just around the corner: the celebratory month takes place every year from September 15th to October 15th. With this in mind, News Break is highlighting amazing Hispanics, Latinos, and Latinx people in the Greater Houston area throughout September.

Children reading and young people planting under the word Library and a book.(Christy Leos) (HOUSTON, Texas) -- Houston Food Not Bombs (HFNB), a group that shares vegan and vegetarian food and opposes war, has scheduled their second non-permitted food sharing event in a week. The September 3rd event will start at 7 pm outside the Julia Ideson Building at 550 McKinney St.

Woman with a megaphone standing behind a BLACK LIVES MATTER sign.(Christy Leos) (HOUSTON, Texas) -- Those interested in anti-racism work may want to sign up for one of Black Lives Matter Houston’s latest events. Black Lives Matter: Moving from Ally to Accomplice - Where are you on your journey? will take place on September 30th via Zoom from 7 pm to 8:30 pm and will be conducted by community activist Brandon Mack.

Handcuffed-hands above SEX WORKERS text on top of a background image of Texas.(Christy Leos) (HOUSTON, Texas) -- Sex work, OnlyFans, exotic dancers, pornography, and prostitution: these terms are attention-grabbing for various reasons. Stories like “Texas to be first state to make buying sex a felony” catch readers’ interest and highlight how Texas plans to deal with human trafficking and sex slavery, but they leave out one key set of voices: active sex workers.

Four women and one man sitting at a table.(Christina Morillo/Pexels) (HOUSTON, Texas) -- Job hunting no longer requires hitting the pavement, dropping off resumes in person, or sending applications into the void of major job sites. Instead, tech-savvy job searchers can simply pull out their laptops or smartphones and scroll through Facebook groups to discover word-of-mouth work opportunities.

A woman in a rainbow sweater and a child posing for a picture.(Rosemary Ketchum/Pexels) (HOUSTON, Texas) -- Rainbows, dancing, music, and smiles made up the lively ambiance at the 2021 Houston LGBT+ Pride Celebration Kick-Off & Theme Reveal, which took place at BUDDY’S Houston on July 25th.

As the world opens up, Comicpalooza is a beacon of joy for many