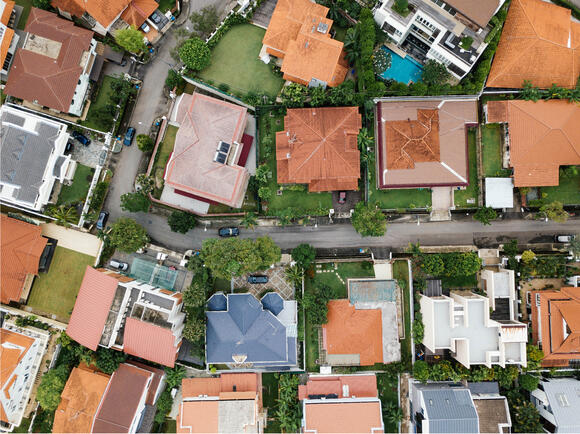 New Jersey's real estate prices have been on the rise. Nowhere is that more evident than in Gloucester City.Photo by CHUTTERSNAP on Unsplash

No matter if you are a first-timer or veteran homebuyer, the current real estate market has changed drastically in the last few years. In a recent analysis done by the Otteau Group, a real estate consultancy firm, it was observed that home prices across the state of New Jersey increased by 12% in 2020.

This growth is not expected to decrease in 2021, according to the firm.

These trends are not even happening in just a few counties or in one geographic location in the state, but rather can be found all over — in shore towns, suburban neighborhoods and rural areas alike.

The location experiencing the highest increase in monthly median home sale prices has been Gloucester City. Comparing the average sales of December 2019 through February 2020 to that of March through May in 2021, NJ Advance Media determined that the median house price rose from $85,000 to $150,000.

Richard Dolson, a broker salesperson for Coldwell Banker Realty in the Haddonfield office, said, “The gains in property value in the city have been simply amazing. Our median price has soared past other surrounding communities.”

All of these trends are not accidental. Since the pandemic began, the real estate market has been thrown into flux. One possible explanation is an increase in investments on properties.

Dolson said Gloucester City has a lot of older houses, even some that are close to 100-years-old, that can be flipped for a profit.

Dolson explained that, historically, Gloucester’s median prices have been lower due to sections of attached homes that investors would purchase for cheap to fix and rent out. However, now that property values are on the rise, these low-priced homes are getting proper makeovers for people looking to own a domicile.

Another possibility for all of the changes in the real estate market is low interest rates.

“With people spending more time at home, many took a hard look at whether their home and community were a good fit for them or not. With interest rates at a historic low, people made the move in droves,” Dolson explained.

And, of course, the pandemic cannot be excluded as a factor for the many changing trends that people are experiencing.

According to Forbes Magazine, after the pandemic, people just want the opportunity to live in places where they do not have to be crowded and can socially distance themselves. Remote work makes this possible.

Nevertheless, there is no one exact reason for these market fluctuations, so much as it may be a combination of all the above. Regardless, these changes have real-world implications.

For one, locals are definitely affected by more affluent neighbors moving in.

“In Gloucester City, we seem to be getting a large interest from Philadelphia residents that are being priced out of their neighborhoods. To them, it's a no-brainer. Housing prices are more affordable with only a 5-7 minute commute to Philadelphia,” Dolson said.

So while Philadelphians are getting a good deal, some New Jerseyans may find it harder to continue living where they always have.

In New Jersey, taxes can also drive people out of their communities, Dolson said. Since they have been on the rise this year, the younger generation of homeowners may be unable to afford them.

Dolson says that while this is always a possibility, the growth the city is experiencing is more positive than negative and will ultimately help a lot of small business owners trying to survive.

At least in Gloucester, Dolson believes that the majority of residents are welcoming toward the new faces coming in and the rising property values that accompany them.

“The locals take pride in our community. We are taking boards off of windows and replacing them with people contributing to the city. Just 5 years ago, we had approximately 400 vacant or abandoned properties. Most were boarded up. You would be hard-pressed to find a boarded-up home these days,” Dolson said.

For another, it may seem like we are headed toward a market crash, what with the rising property values and the crunch on the housing inventory in the state.

But Dolson says it’s too early to think that these changes will result in a market crash such as the one in 2008-09.

He said that the difference between the boom we are experiencing today and the one that occurred in 2005, which led to the eventual crash of ‘08, is that lending standards are much higher now. People actually have to be qualified before loans are given.

Furthermore, this pace that we are currently experiencing will eventually slow, especially once the eviction moratorium is lifted and the bottom of the market makes a comeback.

For now, instead of worrying about the future, Dolson has reflected on the past.

He was born and raised in the city and has now lived there going on 47 years, so you can say he knows a thing or two about Gloucester’s positive traits, like the vibrant bar and restaurant community, the highly ranked schools and the free, full-day preschools available for 3 and 4-year-olds.

“To me, Gloucester was New Jersey’s best-kept secret. The word is now out. We are a riverfront community of hardworking, blue-collar folks. We have a rich history, architecture and traditions,” Dolson said.

Professor David Robinson has observed weather patterns in New Jersey for a long time as the state's climatologist.Photo by David Robinson. After the summer we have had, you can now probably recognize the sounds of a massive downpour overtaking your neighborhood and strong winds assaulting your house.

Preserving the history of New Jersey during COVID-19

The New Jersey Historical Commission is helping to preserve historical places, like the Fosterfields Living Historical Farm.Photo by Alliance for Morris County Parks. The pandemic has affected operations in a lot of public venues, from concert spaces to restaurants to even museums and places of historical relevance. It has been difficult for these historically relevant places during these times to find ways to connect with patrons online or without hands-on touring experiences.

A closer look at New Jersey's battle against the opioid epidemic

Send Chinatown Love: An organization created by Asians, for Asians

There are increasing discussions surrounding when is the proper time for New Jersey students to return to school.Photo by Element5 Digital on Unsplash. In May, Governor Phil Murphy announced that all New Jersey schools will be returning to in-person, full-time instruction in the fall. While many are excited about the return to campus, and most are already back in person, there are still some parents and counties that are hesitant about fully reopening.

The Mayo Performing Arts Center is excited to welcome you back

The Mayo Performing Arts Center (MPAC) is reopening at full capacity this September after having limited audiences for more than a year.MPAC. The Mayo Performing Arts Center (MPAC), originally built in 1937, has been a staple of the Morristown, New Jersey community for generations. When the pandemic hit, the theater shut down, just like most communal gathering places in local towns and neighborhoods across America.

As Gov. Phil Murphy (D-N.J.) gets ready to run for a second term, there are increasing oppositional voices over his campaign promises.Photo by Element5 Digital on Unsplash. Gov. Phil Murphy’s (D-N.J.) new platform for the upcoming election seems focused on addressing concerns from progressive and independent voters, while also juggling reopenings in the wake of COVID-19.