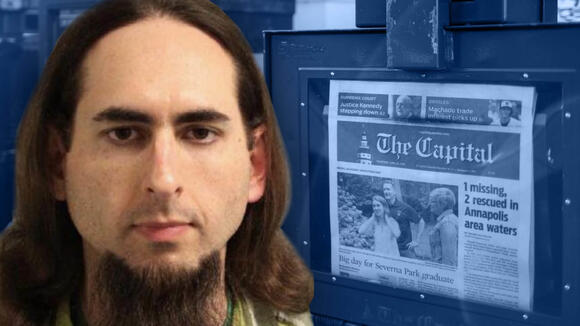 (Photo illustration by The Daily Beast)

More than three years after the attack on the Capital Gazette newspaper that left five dead, survivors and family members of victims embraced in relief and applauded the jury for quickly rejecting the gunman's plea of not criminally responsible by reason of insanity.

Out of the courthouse this past Thursday, Andrea Chamblee ― whose husband, John McNamara, was one of those murdered ― recounted the ubiquitous pain and extensive loss from one of the most lethal attacks on journalists in the nation.

It ripples all over ― the county, the state and the country,” Chamblee commented. “There are a lot of people who couldn’t be here today, because they have to choke on their own words when they talk about this horrific crime.”

The gunman, Jarrod Ramos, now faces five life terms in prison instead of being sent to a maximum-security mental health facility, where he could potentially have been released one day.

“Today, we thank the jury for their service for listening to the dizzying testimony, for viewing the horrific videos,” Chamblee emphasized, referring to graphic surveillance footage of the rampage.

The jury of eight men and four women needed less than two hours to reject arguments from Ramos' lawyers and their mental health witnesses that he could not understand the criminality of his actions when he attacked the newsroom on June 28, 2018.

This verdict dissipated any lingering uncertainty for the victim's families that Ramos may somehow avoid the possibility of prison.

It’s been a never-ending nightmare,” explained Cindi Rittenour, the sister of Rebecca Smith, one of those slain. “And then hearing that today ― just all my anxiety over it, all the wonderings, the unknowns, it’s all gone away now, and all I feel is just relief and happiness. I feel like my sister can finally start to rest in peace.”

Paul Gillespie ― a photojournalist at the paper ― details his trauma and PTSD, anxiety, and depression following the newspaper attack. In court, he recounted feeling "the breeze of shotgun pellets whizzing by as he fled the newsroom" to safety.

With this being over now, I’m hoping things get a little better, but I don’t know what the future holds,” Gillespie commented. “He’s evil; he’s not crazy. He deserves to be in prison, and I hope he [Ramos] gets all five life terms.”

Judge Michael Wachs did not set a date for sentencing, but estimated it would take place in about two months.

Ramos, who sat in the courtroom sporting a black mask, had pleaded guilty to all 23 counts against him in 2019 but not criminally responsible - Maryland’s version of an insanity plea.

The second phase of his trial was largely a battle between mental health experts called by defense attorneys and prosecutors.

Ramos developed a persisiting resentment against the Capital Gazette newspaper after the newspaper published an piece about his guilty plea to a misdemeanor charge of harassing a former high school classmate in 2011; he filed a lawsuit against the paper in 2012, alleging he was defamed. But it was dismissed as groundless.

The defense attorneys argued that Ramos suffered from a delusional disorder, autism, and OCD. They contended Ramos became consumed with the idea that the article had ruined his life. His lawyers said that as his appeals failed, he came to believe there was a vast conspiracy against him involving the courts and the newspaper. 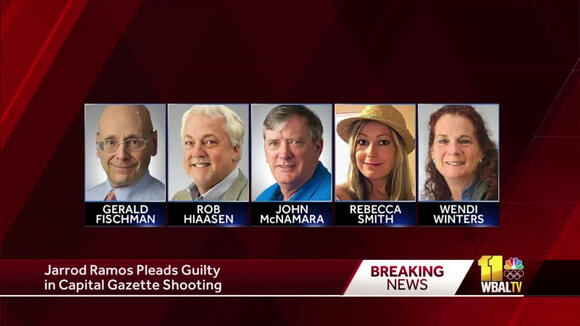 Prosecutors frequently pointed out flaws in the mental health evaluations done by the defense; these mostly relied on interviews with Ramos and his sister alone.

Prosecutors said that Ramos acted out of revenge for the article. They said his long, meticulous planning for the attack and the way he carried it out ― including plans for arrest and long incarceration - proved he understood the criminality of his actions.

They also emphasized the fact that Ramos called 911 from the newsroom after the fact, identifying himself as the gunman and surrendering ― this being further evidence that he clearly understood his actions at the time.

The Anne Arundel County state’s attorney, Anne Colt Leitess, said that although Ramos has personality disorders like narcissism, he does not have serious mental illness that would have qualified him to be found not criminally responsible for five murders.

On Thursday, Leitess told family members and survivors that prosecutors were not going to allow Ramos to turn the legal proceeding into a “farce” as he had expressed to one doctor.

The fact that the jury came back in just two hours showed they rejected all of his games he attempted to play,” Attorney Leitess said. “He wanted this trial for his amusement, and he didn’t get it.”