How Tech Will Fuel a Productivity Boom 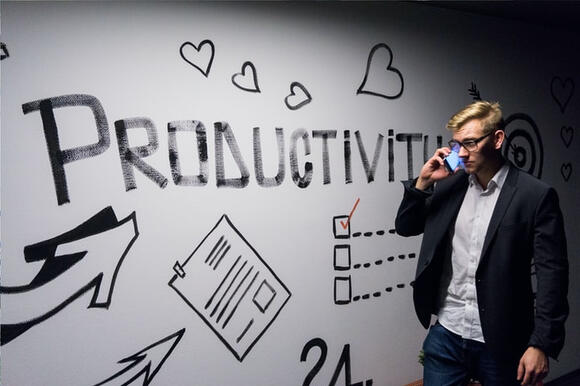 Photo by Andreas Klassen on Unsplash

The pandemic brought about a seismic shift in the way both businesses and consumers think about technology. Businesses poured money into automation and videoconferencing software, while customers embraced e-commerce and telemedicine. Both have seen benefits: easier interaction, less commuting time, lower costs, and more flexibility.

Even as GDP fell, investment in technology rose, increasing by 7% year over year in the third quarter of 2020, up from 5% a year earlier. This growth looks set to continue: Around 75% of respondents to a survey anticipated speeding up such investments through 2024. Five years ago, only 55% indicated interest.

Previous jumps in productivity, defined as output per hours worked, have followed shifts in technology. Excluding farms and government, productivity grew by just 1.4% from 1974 to 1995 but then surged to 3% after 1996, when computers and the internet became widely adopted.

In 2006, productivity slowed again to just 1.4%, as the initial boost from computers faded (and smartphones and tablets didn’t have the same effect on business operations).

While experts don’t expect growth rivaling the period between 1996 and 2005, they do expect productivity to hit around 1.8% going forward.

Productivity gains are vital for the economy’s long-term success. Without it, economic growth must come from additional workers, but with an aging workforce and high unemployment sparked by the pandemic, the workforce is unlikely to significantly increase.

Since wages correlate with how much workers produce, higher productivity will mean better pay for employees without the need for companies to increase prices for consumers. This will keep inflation in check and will be welcome news for workers—wage growth took a decade to recover after the financial crisis, only hitting 3% in 2018.