We provide you with the latest breaking news and videos from Carroll County, Maryland 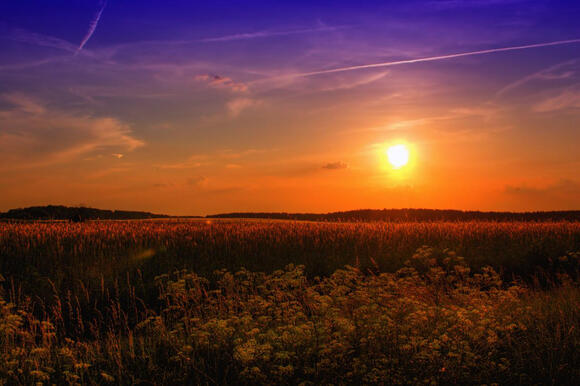 It will be a hot one across Maryland and in Carroll County today (May 21st). According to the National Weather Service today will be "Mostly sunny, with a high near 91".

The National Weather Service has issued a Special Weather Statement for much of Maryland (including Carroll County). The statement includes:

Today is forecast to be the hottest day of the weekend, with many locations reaching the mid-90s and heat indices approaching 100. Many locations will once again reach the 90s on Sunday.

The abrupt beginning of hot temperatures early in the season after a relatively cool spring brings an increased risk of heat illnesses unless proper precautions are taken for those working or recreating outdoors.

Since many outdoor events are planned this weekend in the region, be aware of the heat, and take extra precautions if you work or spend time outside this weekend. Reschedule strenuous activities to early morning or evening. Plan to wear lightweight and loose fitting clothing, and seek shade from the sun. Schedule frequent rest breaks in shaded or air conditioned environments and stay hydrated with non-alcoholic beverages.

Here is a look at high temperatures for our area:

There is also a Hazardous Weather Outlook for portions of eastern West Virginia, northern and central Virginia, and central and western Maryland. This HWO for this afternoon/evening includes:

An isolated severe thunderstorm with damaging winds is possible this afternoon and evening, mainly west of the Blue Ridge Mountains.

Heat indices in the mid to upper 90s are likely this afternoon.

The weather forecast for the next few days is:

Tonight: Partly cloudy, with a low around 71. Southwest wind around 7 mph.

Sunday: Showers and thunderstorms between 2pm and 5pm, then showers and possibly a thunderstorm after 5pm. High near 88. Southwest wind 7 to 10 mph, with gusts as high as 18 mph. Chance of precipitation is 80%. New rainfall amounts between a tenth and quarter of an inch, except higher amounts possible in thunderstorms.

Sunday Night: Showers and thunderstorms before 11pm, then a slight chance of showers between 11pm and 2am. Low around 56. Northwest wind 6 to 8 mph. Chance of precipitation is 80%. New precipitation amounts of less than a tenth of an inch, except higher amounts possible in thunderstorms.

Monday: A slight chance of showers after 2pm. Partly sunny, with a high near 70. North wind around 10 mph, with gusts as high as 18 mph. Chance of precipitation is 20%.

You can get weather information from The Carroll County Observer which includes current weather, forecasts for the week, local weather radar and traffic cameras from around the county: https://carrollcountyobserver.com/carroll-county-weather/

We provide you with the latest breaking news and videos from Carroll County, Maryland

A Look At Active Voter Registration in Carroll County – April 2022

The State Board of Elections periodically compiles voter registration statistics for the State of Maryland. The Observer has taken a look at the voter registration data for Carroll County since 2019 and compiled this chart for the voters (and I am sure candidates for office would be interested in this information):