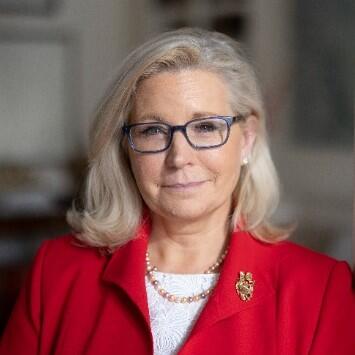 I also attended a panel discussion on "Is Texas Good For Women?" The consensus of the panel is that Texas women must stand up for their rights and vote.

The closing session featured U.S. Rep. Liz Cheney of Wyoming announcing she would campaign against election deniers from the Republican Party.

She also said she would renounce her party affiliation if former President Donald Trump were chosen as the party’s nominee in 2024.

The Festival began Thursday, Sept. 22, with an opening keynote session featuring U.S. Transportation Secretary Pete Buttigieg, who described the Infrastructure Investment and Jobs Act. He stated the governors who bussed and flew migrants across the country to Democratic leaning states were more interested in political stunts and attention than finding a solution to the problem of immigration.

TribFest offered more than 125 one-on-one interviews, panel discussions and in-depth conversations as part of this year’s highly anticipated event. The Texas Tribune Festival is the biggest event hosted by The Texas Tribune each year and is known for its provocative programming, the diverse mix of politicians and activists, along with true investigative journalists.

“It is so fun to be back in person after two virtual years — better than we ever could have imagined. So many smiling faces, so many crowded venues, so many selfies with the biggest names,” said Tribune CEO and co-founder Evan Smith. “We delivered on our promise to give our guests three full days of in-depth conversations with some of the most influential and interesting people in the state and the country on topics that impact our daily lives. And the news made onstage at TribFest is as important as ever as we look ahead to Texas’ upcoming legislative session and, of course, the 2024 election cycle.”

The Texas Tribune Festival is known for pulling together a variety of change agents to discuss how to move Texas and the country forward.

As part of a marquee media partnership between The Texas Tribune Festival and CBS News, key CBS political correspondents appeared at this year’s event, including Robert Costa and Major Garrett. The partnership also paved the way for some interviews to appear across CBS News platforms.

To receive information about the 2023 Texas Tribune Festival and other Texas Tribune events, sign up for the Tribune’s events newsletter.

For media inquiries and access to past programs, please email press@texastribune.org.

The Texas Tribune Festival is made possible with the support of generous sponsors.